Bhand (clown) pathar (meaning character) was born when there was no mode of communication. 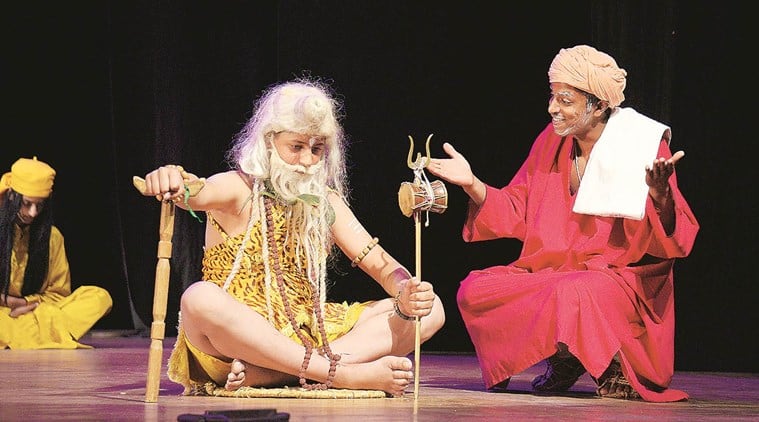 The day his phone rang, announcing to him his troupe’s selection for the 11th Bal Sangam festival, at Delhi’s National School of Drama earlier this month, Shah-e-Jahan Ahmad Bhagat was in Kupwara. His prepaid phone worked because he was in the border area; had he been home in Budgam, he would have never received the call. The play, Gosain Pathar, that Bhagat brought to NSD, was the same that the director had acted in as a child artiste in Bal Sangam in 1998. As he and artistes of his National Bhand Theatre group were preparing to leave for the festival in Delhi, it snowed in Kashmir, blocking the roads.
Publicado por salud equitativa en 12:27