Last Sunrise From a Year in Space | NASA

Last Sunrise From a Year in Space 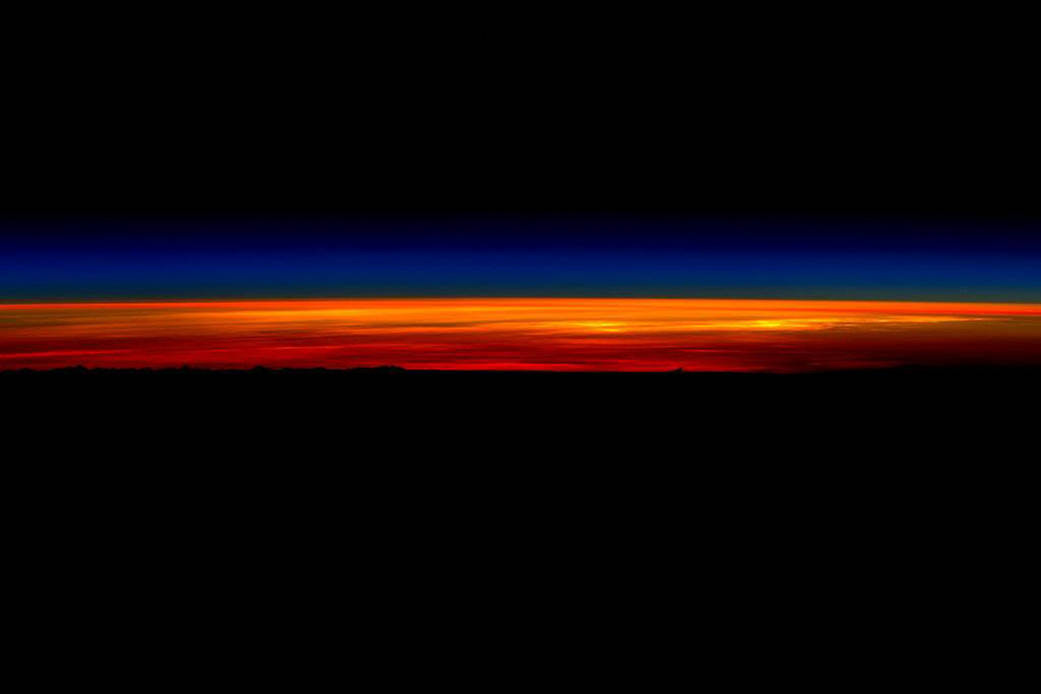 NASA astronaut Scott Kelly shared a series of sunrise photographs with his social media followers on Tuesday, March 1, 2016, as he prepared to depart the International Space Station and return to Earth aboard a Soyuz TMA-18M spacecraft. Posting this first image, Kelly wrote, "Rise and shine! My last #sunrise from space then I gotta go! 1 of 5. #GoodMorning from @space_station! #YearInSpace"
Kelly and Russian cosmonauts Mikhail Kornienko and Sergey Volkov of Roscosmos are scheduled to undock their Soyuz from the space station at 8:02 p.m. EST and land in Kazakhstan at 11:25 p.m.
Kelly and Kornienko launched to the space station on March 27, 2015, for their one-year mission. Kelly surpassed the previous record for time spent in space by a U.S. astronaut on Oct. 16, 2015. After his return, he will have spent a total of 520 days in space across four space missions. During the 340 days of this mission – which spanned four space station expeditions – Kelly has participated in a variety of research that will help scientists better understand how the human body reacts and adapts to long-duration spaceflight. That knowledge will play a critical role in future NASA missions deeper into the solar system and on the Journey to Mars, in which a round-trip mission is likely to last 500 days or longer.
Image Credit: NASA
Editor: Sarah Loff