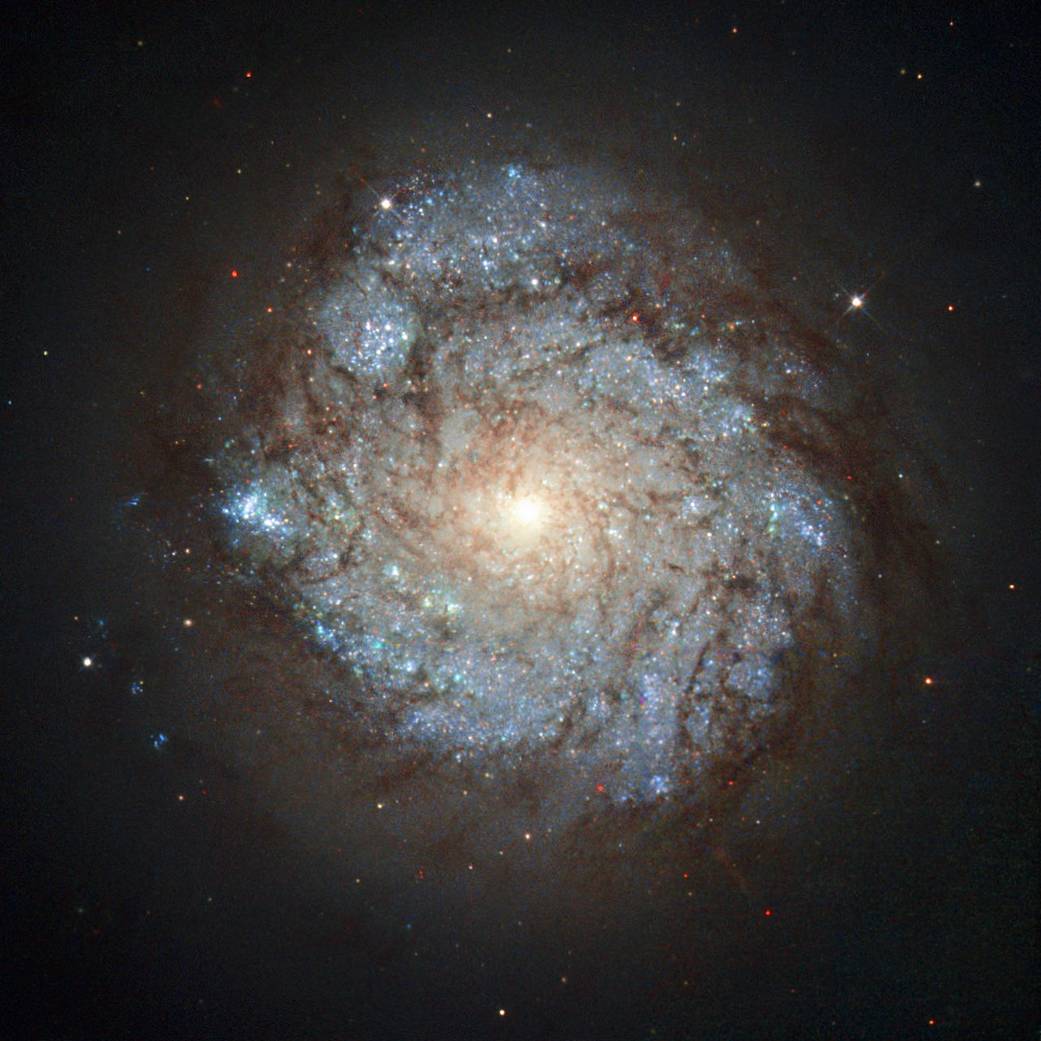 Got a stellar Hubble image on a t-shirt? Or maybe you’ve spotted a Hubble tattoo! Share your photos on Instagram, Twitter, Flickr and Facebook with #SpotHubble and maybe you’ll get a shout-out from @NASAHubble!
Learn More about #SpotHubble
This image, taken by the NASA/ESA Hubble Space Telescope’s Wide Field Planetary Camera 2, shows a spiral galaxy named NGC 278. This cosmic beauty lies some 38 million light-years away in the northern constellation of Cassiopeia (The Seated Queen).
While NGC 278 may look serene, it is anything but. The galaxy is currently undergoing an immense burst of star formation. This flurry of activity is shown by the unmistakable blue-hued knots speckling the galaxy’s spiral arms, each of which marks a clump of hot newborn stars.
However, NGC 278’s star formation is somewhat unusual; it does not extend to the galaxy’s outer edges, but is only taking place within an inner ring some 6500 light-years across. This two-tiered structure is visible in this image — while the galaxy’s center is bright, its extremities are much darker. This odd configuration is thought to have been caused by a merger with a smaller, gas-rich galaxy — while the turbulent event ignited the center of NGC 278, the dusty remains of the small snack then dispersed into the galaxy’s outer regions. Whatever the cause, such a ring of star formation, called a nuclear ring, is extremely unusual in galaxies without a bar at their center, making NGC 278 a very intriguing sight.
Image credit: ESA/Hubble & NASAText credit: European Space Agency
Editor: Karl Hille