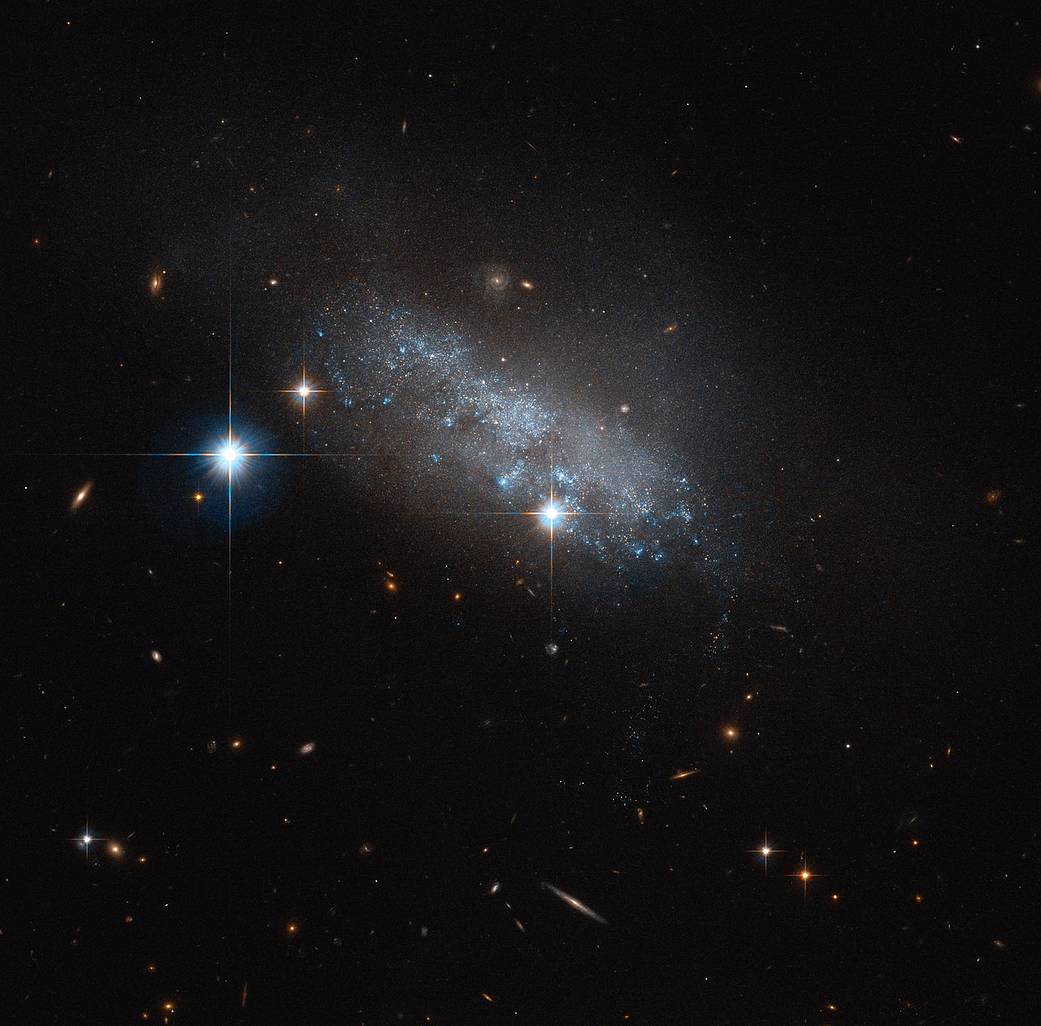 This delicate blue group of stars — actually an irregular galaxy named IC 3583 — sits some 30 million light-years away in the constellation of Virgo (The Virgin).
It may seem to have no discernable structure, but IC 3583 has been found to have a bar of stars running through its center. These structures are common throughout the Universe, and are found within the majority of spiral, many irregular, and some lenticular galaxies. Two of our closest cosmic neighbors, the Large and Small Magellanic Clouds, are barred, indicating that they may have once been barred spiral galaxies that were disrupted or torn apart by the gravitational pull of the Milky Way.
Researchers at the University of Leicester, England note there are two types of irregular galaxy. Type I's are usually single galaxies of peculiar appearance. They contain a large fraction of young stars, and show the luminous nebulae that are also visible in spiral galaxies. Type II irregulars include the group known as interacting or disrupting galaxies, in which the strange appearance is due to two or more galaxies colliding, merging or otherwise interacting gravitationally.
Something similar might be happening with IC 3583. This small galaxy is thought to be gravitationally interacting with one of its neighbors, the spiral Messier 90. Together, the duo form a pairing known as Arp 76. It’s still unclear whether these flirtations are the cause of IC 3583’s irregular appearance — but whatever the cause, the galaxy makes for a strikingly delicate sight in this NASA/ESA Hubble Space Telescope image, glimmering in the blackness of space.
Image Credit: ESA/Hubble & NASAText Credit: European Space Agency
Editor: Karl Hille