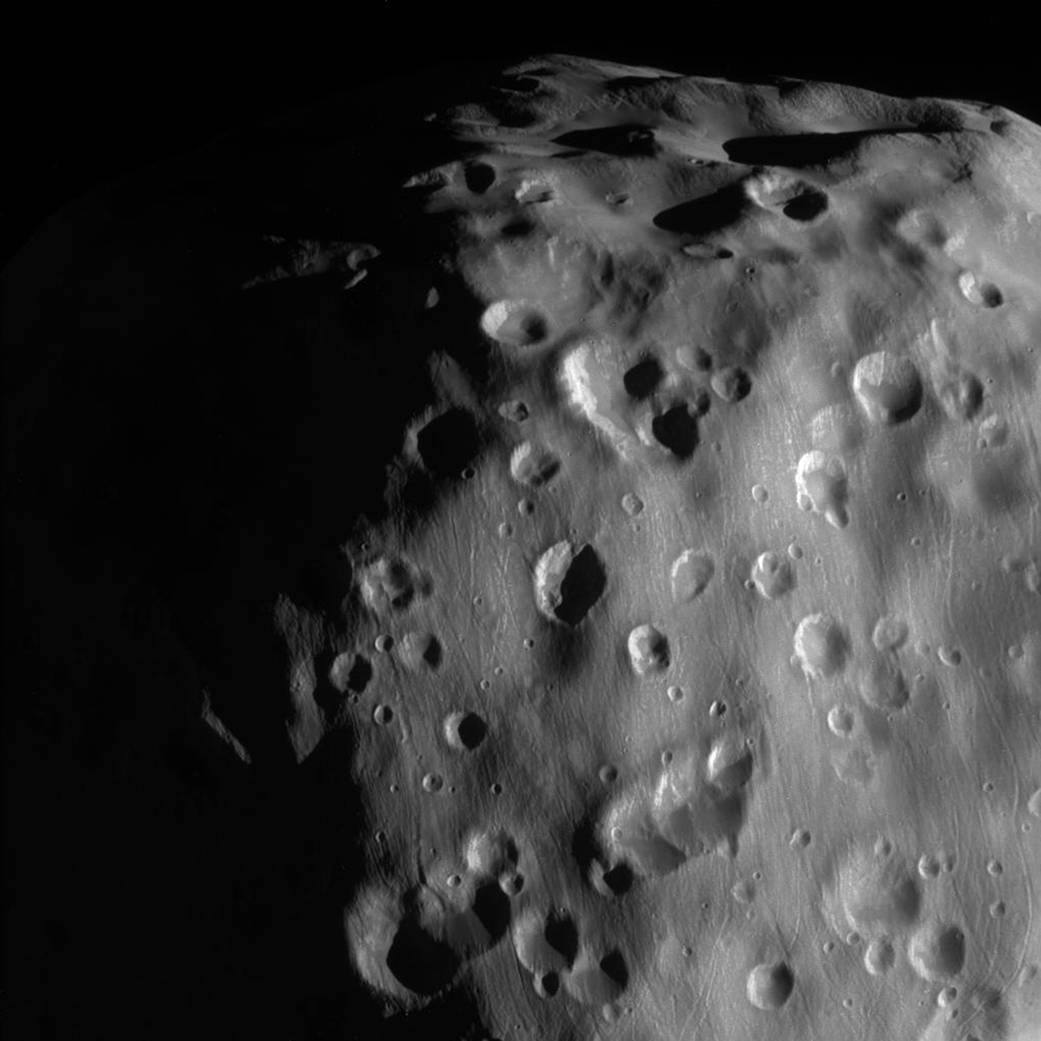 This zoomed-in view of Epimetheus, one of the highest resolution ever taken, shows a surface covered in craters, vivid reminders of the hazards of space.
Epimetheus (70 miles or 113 kilometers across) is too small for its gravity to hold onto an atmosphere.  It is also too small to be geologically active.  There is therefore no way to erase the scars from meteor impacts, except for the generation of new impact craters on top of old ones.
This view looks toward anti-Saturn side of Epimetheus. North on Epimetheus is up and rotated 32 degrees to the right. The image was taken with the Cassini spacecraft narrow-angle camera on Feb. 21, 2017 using a spectral filter which preferentially admits wavelengths of near-infrared light centered at 939 nanometers.
The view was acquired at a distance of approximately 9,300 miles (15,000 kilometers) from Epimetheus and at a Sun-Epimetheus-spacecraft, or phase, angle of 71 degrees. Image scale is 290 feet (89 meters) per pixel.
The Cassini mission is a cooperative project of NASA, ESA (the European Space Agency) and the Italian Space Agency. The Jet Propulsion Laboratory, a division of the California Institute of Technology in Pasadena, manages the mission for NASA's Science Mission Directorate, Washington. The Cassini orbiter and its two onboard cameras were designed, developed and assembled at JPL. The imaging operations center is based at the Space Science Institute in Boulder, Colorado.
For more information about the Cassini-Huygens mission visit https://saturn.jpl.nasa.gov and https://www.nasa.gov/cassini. The Cassini imaging team homepage is at https://ciclops.org.
Editor: Martin Perez
Publicado por salud equitativa en 12:26