On July 14, 2015, NASA’s New Horizons spacecraft made its historic flight through the Pluto system – providing the first close-up images of Pluto and its moons and collecting other data that has transformed our understanding of these mysterious worlds on the solar system’s outer frontier.
Scientists are still analyzing and uncovering data that New Horizons recorded and sent home after the encounter. On the two-year anniversary of the flyby, the team is unveiling a set of  detailed, high-quality global maps of Pluto and its largest moon, Charon.
“The complexity of the Pluto system — from its geology to its satellite system to its atmosphere— has been beyond our wildest imagination,” said Alan Stern, New Horizons principal investigator from the Southwest Research Institute in Boulder, Colorado. “Everywhere we turn are new mysteries. These new maps from the landmark exploration of Pluto by NASA’s New Horizons mission in 2015 will help unravel these mysteries and are for everyone to enjoy.” 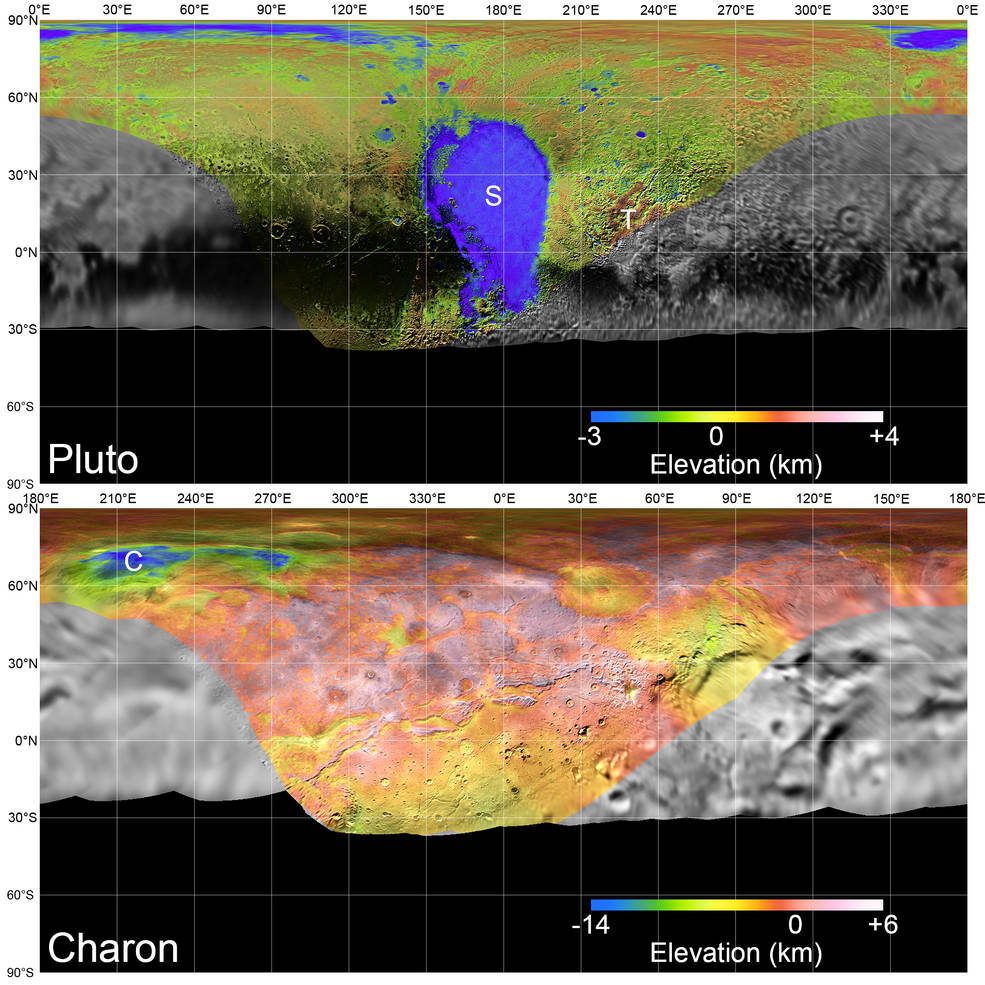 Global mosaics of Pluto and Charon projected at 300 meters (985 feet) per pixel have been assembled from most of the highest resolution images obtained by the Long-Range Reconnaissance Imager (LORRI) and the Multispectral Visible Imaging Camera (MVIC) onboard New Horizons. Transparent, colorized stereo topography data generated for the encounter hemispheres of Pluto and Charon have been overlain on the mosaics. Terrain south of about 30°S on Pluto and Charon was in darkness leading up to and during the flyby, so is shown in black. “S” and “T” respectively indicate Sputnik Planitia and Tartarus Dorsa on Pluto, and “C” indicates Caleuche Chasma on Charon. All feature names on Pluto and Charon are informal.
Credits: NASA/JHUAPL/SwRI/LPI
Editor: Bill Keeter
Publicado por salud equitativa en 13:13