"If a competition were held to determine that organization that had accomplished the largest number of advancements to aeronautic and aerospace progress, my nomination would be this place."–Neil Armstrong

A Storied Legacy, A Soaring Future

Something happened 100 years ago that changed forever the way we fly. And then the way we explore space. And then how we study our home planet. That something was the establishment of what is now NASA Langley Research Center in Hampton, Virginia, which is commemorating its 100th anniversary in 2017. This article is the first in a series that will examine Langley's past, present and future over the next year.
NASA Langley – 100 Years: This 45-minute documentary looks back across the 100 years, updates us on work being done at Langley today, and takes a peek into the future. Find out more about NASA Langley’s centennial at: https://www.nasa.gov/langley/100
Credits: NASA
Founded just three months after America's entry into World War I, Langley Memorial Aeronautical Laboratory was established as the nation's first civilian facility focused on aeronautical research. The goal was, simply, to "solve the fundamental problems of flight." 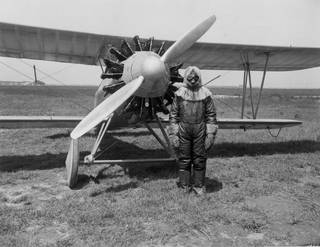 NACA test pilot prepares to fly an Apache biplane to high altitude as part of efforts to improve performance. Virtually every aircraft that has flown was improved by Langley in some way.
Credits: NASA/Langley Research Center
From the beginning, Langley engineers devised technologies for safer, higher, farther and faster air travel. Top-tier talent was hired. State-of-the-art wind tunnels and supporting infrastructure was built. Unique solutions were found.
Langley researchers developed the wing shapes still used today in airplane design. Better propellers, engine cowlings, all-metal airplanes, new kinds of rotorcraft and helicopters, faster-than-sound flight - these were among Langley's many groundbreaking aeronautical advances spanning its first decades.
By 1958, Langley's governing organization, the National Advisory Committee for Aeronautics, or NACA, would become NASA, and Langley's accomplishments would soar from air into space.

During World War II, Langley tested planes like the P-51 Mustang in the nation's first wind tunnel built for full-size aircraft. The changes made to warplanes like the P-51 decreased fuel use and increased speeds: a combination that helped win the war.
As Langley engineers pushed the aeronautics envelope, they partnered with the military on the Bell X-1, an experimental aircraft that would fly faster than the speed of sound. Then-Air Force Captain Chuck Yeager piloted the X-1 into history, becoming the first person to break the sound barrier.
But that wasn't fast enough, so researchers went back to work in Langley wind tunnels. Follow-on high-speed research would extend the reach of American aeronautics into the once-thought-impractical fields of supersonics and hypersonics.
By 1959, the X-15 would rocket to hypersonic speeds, traveling five times faster than sound, paving the way for manned spaceflight. Data gathered during X-15 flights would directly contribute to the creation of the U.S. space program. 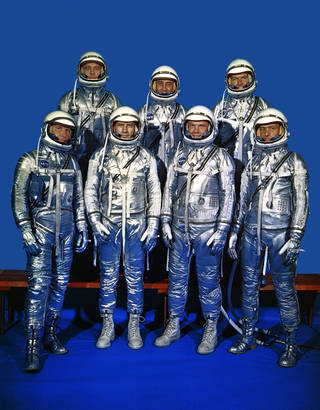 On April 9, 1959, NASA introduced its first astronaut class, the Mercury 7. Front row, left to right: Walter M. Schirra, Jr., Donald K. "Deke" Slayton, John H. Glenn, Jr., and M. Scott Carpenter; back row, Alan B. Shepard, Jr., Virgil I. "Gus" Grissom, and L. Gordon Cooper, Jr.
Credits: NASA
Working in isolation on Virginia's Eastern Shore beaches, Langley scientists and engineers solved vexing rocket-launch issues, distilling expertise from among a small team that would eventually create America's manned space program.
Concerns over potential Soviet domination of space transformed the NACA into the National Aeronautics and Space Administration: NASA. As a moon landing became America's Space Race goal, Langley tackled the many challenges of spaceflight, train astronauts, managed Project Mercury, and assumed major roles in both the Gemini and Apollo programs.
Langley led the Lunar Orbiter initiative, which not only mapped the moon, but chose the spot for the first human landing. Langley aerospace engineer John Houbolt championed the lunar-orbit rendezvous concept, enabling the Apollo 11 moon landing and the safe return of its crew to Earth.
Neil Armstrong, the first human to set foot on the lunar surface, trained at Langley's Lunar Landing Research Facility on equipment that cancelled all but one-sixth of Earth's gravitational force to match that of the moon's. In all, 24 astronauts practiced lunar landings at this facility, the base of which was modeled with fill dirt to resemble the lunar pitted surface.

Closer to home, as planes flew higher and faster, raising concerns about environmental impact, NASA science went airborne and, eventually, orbital. NASA's space shuttle was an essential step on that journey. Langley evaluated shuttle designs, improved materials, and tested landing systems crucial to all 135 shuttle missions. Easier access to space meant more satellites, satellites that could be used to observe Earth's atmosphere from above.
Langley scientists and engineers created, built and managed a series of instruments — both on planes and on spacecraft — to study the planet's changing climate. Langley set new environmental science standards by collecting and archiving the resultant data.
A better understanding of Earth's atmosphere would lead to work on how best to touch down on other worlds. With the Viking 1 landing in 1976, Langley led the first successful U.S. mission to the surface of Mars, setting the stage for subsequent Red Planet exploration. Another milestone occurred in August 2012, with the successful landing of the Mars Curiosity rover, whose heat shield included a suite of advanced sensors developed by and at Langley.
NASA's Space Launch System, or SLS, is a powerful, advanced launch vehicle for a new era of human exploration beyond Earth orbit. With its unprecedented power and capabilities, SLS will launch crews of up to four astronauts in the agency's Orion spacecraft on missions to explore multiple, deep-space destinations. 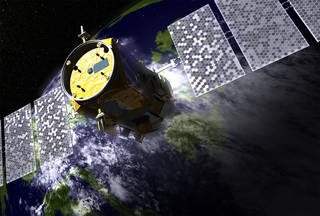 Artist concept shows an Earth science satellite called CALIPSO, or Cloud-Aerosol Lidar and Infrared Pathfinder Satellite Observations. CALIPSO measures Earth's clouds and aerosols, which are things like dust, sea salt, ash and soot.
Credits: NASA/Langley Research Center
As aviation lifts into the second decade of the 21st century, Langley continues a rich heritage of aeronautical innovation. Today, for example, many planes feature wing tips, or winglets, a concept first proposed by Langley research engineer and National Aviation Hall of Famer Richard Whitcomb, whose groundbreaking research led to routine high-subsonic jet flight as well as practical supersonic flight.
Other standouts include breakthroughs in wind shear and lightning protections, digital control systems, glass cockpits, new kinds of "composite" materials and supercritical wings, among a number of others.
In the search for even greener, quieter planes, researchers returned to Langley wind tunnels and computer labs to explore ideas for new aircraft, like those known as hybrid wing bodies, a design that blends wings directly into the fuselage in a manta-ray-like shape.
More recently, air traffic management and control took center stage as a better way of moving planes more efficiently on the ground and in the air. It's all part of NASA's "green" aviation push to make air travel less polluting, more fuel efficient, and quieter on the ground and during flight.
NASA recently selected five green technology concepts that could transform the aviation industry within the coming decade: alternative fuel cells, morphing wings, lithium-air batteries for energy storage, aerogels for aircraft antennae, and a way to 3D print electric motor components.
Farther ahead, Langley stands to play a major role if a proposed 10-year NASA plan known as New Aviation Horizons – an ambitious undertaking to design, build and fly a variety of flight demonstration vehicles, or "X-planes" – is approved and funded.
Now, as it was a century ago, research into next-generation aircraft and their supporting technologies remains central to Langley's work. Tomorrow, as today, Langley is anticipating the future by inventing it, creating firsts in aeronautics, science and exploration. 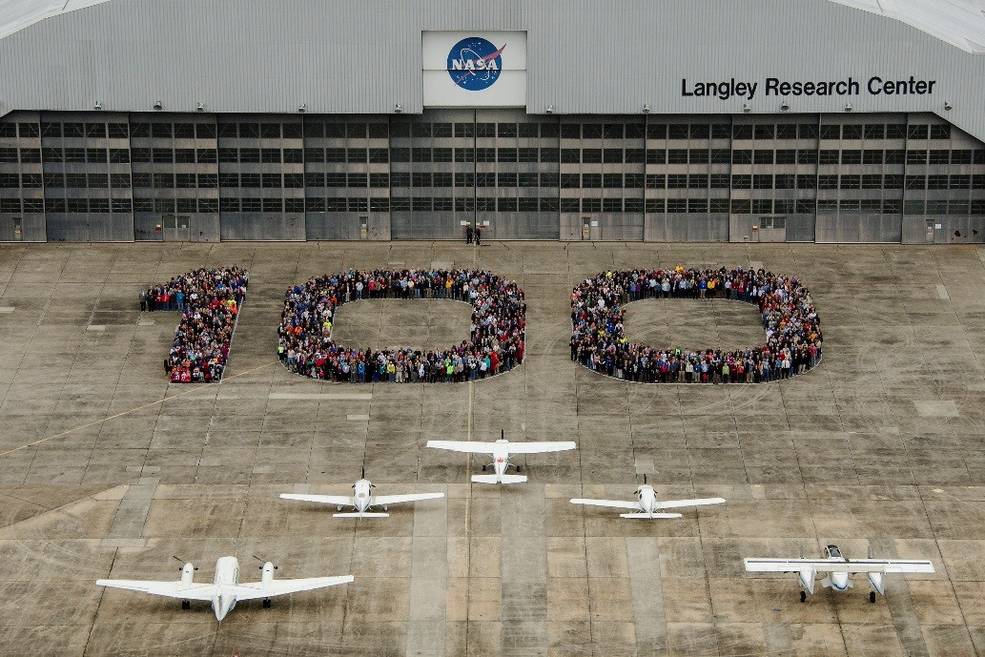