When Jovian Light and 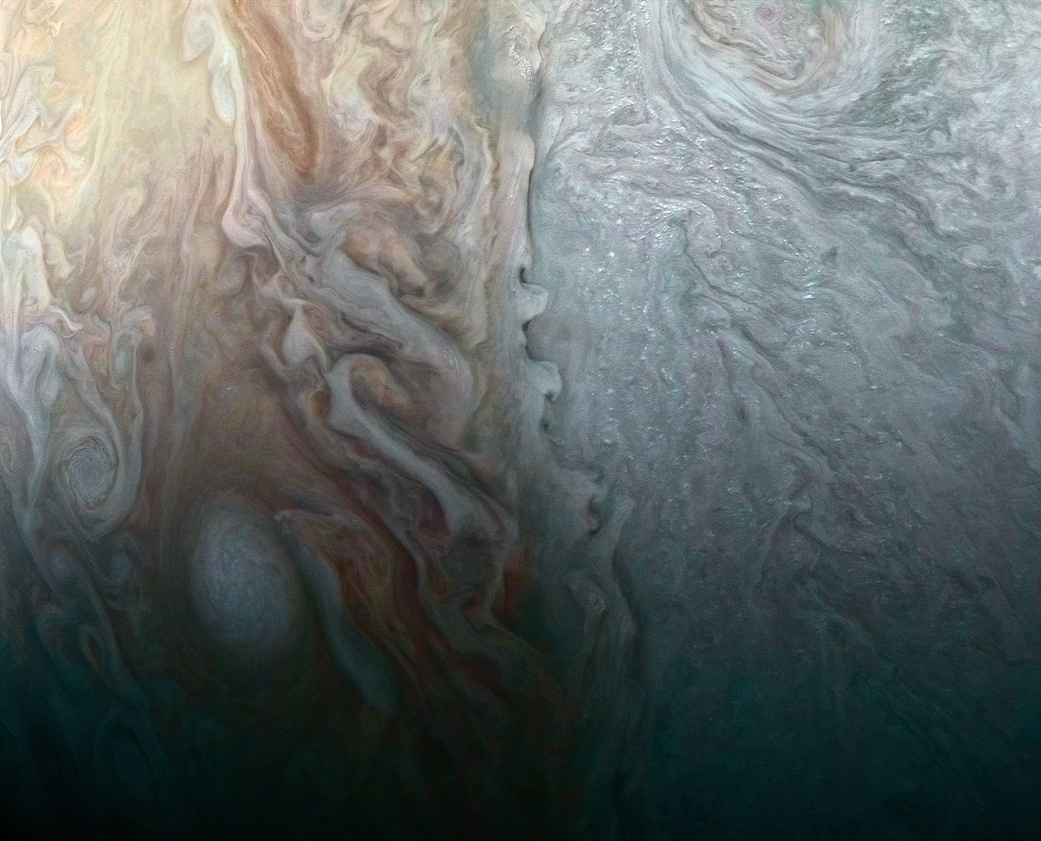 This image, taken by the JunoCam imager on NASA’s Juno spacecraft, highlights a feature on Jupiter where multiple atmospheric conditions appear to collide.
This publicly selected target is called “STB Spectre.” The ghostly bluish streak across the right half of the image is a long-lived storm, one of the few structures perceptible in these whitened latitudes where the south temperate belt of Jupiter would normally be. The egg-shaped spot on the lower left is where incoming small dark spots make a hairpin turn.
The image was taken on March 27, 2017, at 2:06 a.m. PDT (5:06 a.m. EDT), as the Juno spacecraft performed a close flyby of Jupiter. When the image was taken, the spacecraft was 7,900 miles (12,700 kilometers) from the planet.
The image was processed by Roman Tkachenko, and the description is from John Rogers, the citizen scientist who identified the point of interest.
JunoCam's raw images are available for the public to peruse and process into image products at:
www.missionjuno.swri.edu/junocam
More information about Juno is at:
http://www.nasa.gov/juno and http://missionjuno.swri.edu
Credits: NASA/JPL-Caltech/SwRI/MSSS/ Roman Tkachenko
Editor: Tony Greicius
Publicado por salud equitativa en 8:53