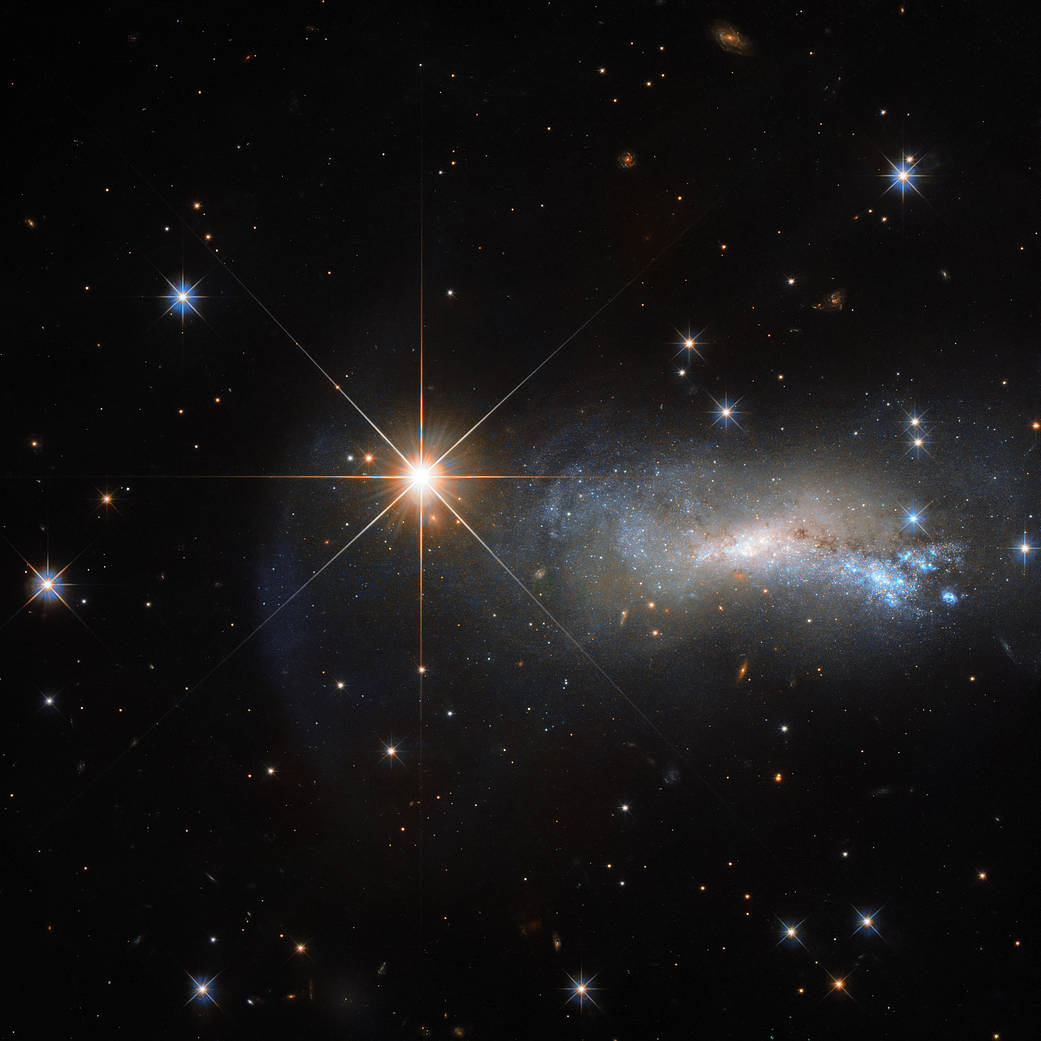 Got a stellar Hubble image on a T-shirt? Or maybe you’ve spotted a Hubble tattoo! Share your photos on Instagram, Twitter, Flickr and Facebook with #SpotHubble and maybe you’ll get a shout-out from @NASAHubble!
Credits: NASA's Goddard Space Flight Center/Jenny Hottle
Learn More about #SpotHubble
In space, being outshone is an occupational hazard. This NASA/ESA Hubble Space Telescope image captures a galaxy named NGC 7250. Despite being remarkable in its own right — it has bright bursts of star formation and recorded supernova explosions— it blends into the background somewhat thanks to the gloriously bright star hogging the limelight next to it.The bright object seen in this Hubble image is a single and little-studied star named TYC 3203-450-1, located in the constellation of Lacerta (The Lizard). The star is much closer than the much more distant galaxy.Only this way can a normal star outshine an entire galaxy, consisting of billions of stars. Astronomers studying distant objects call these stars “foreground stars” and they are often not very happy about them, as their bright light is contaminating the faint light from the more distant and interesting objects they actually want to study.In this case, TYC 3203-450-1 is million times closer than NGC 7250, which lies more than 45 million light-years away from us.  If the star were the same distance from us as NGC 7250, it would hardly be visible in this image.
Image credit: ESA/Hubble & NASAText credit: European Space Agency
Editor: Karl Hille
Publicado por salud equitativa en 8:03