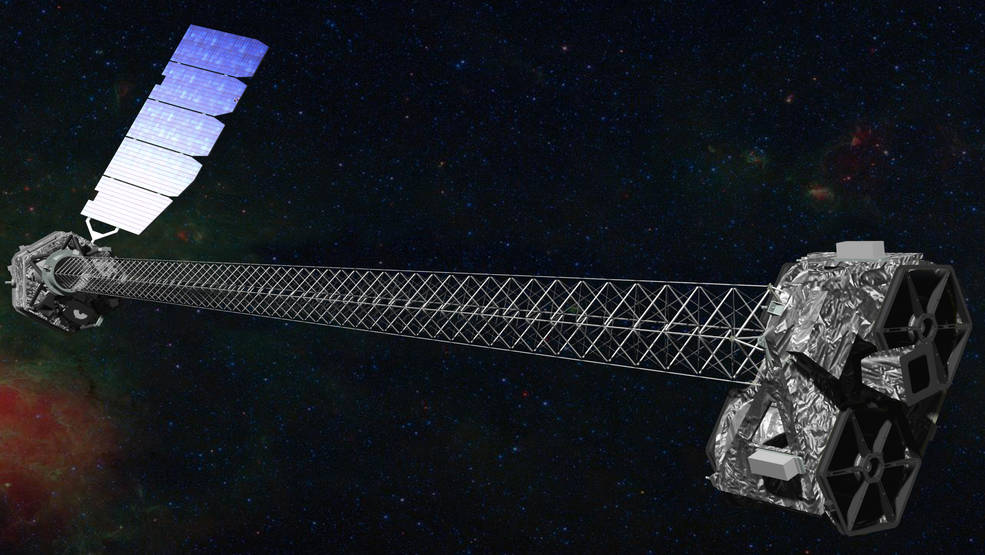 Artist's concept of NuSTAR on orbit.
Credits: NASA/JPL-Caltech
Full image and caption
Five years ago, on June 13, 2012, Caltech's Fiona Harrison, principal investigator of NASA's NuSTAR mission, watched with her team as their black-hole-spying spacecraft was launched into space aboard a rocket strapped to the belly of an aircraft. The launch occurred over the Kwajalein Atoll in the Marshall Islands. Many members of the team anxiously followed the launch from the mission's operations center at the University of California, Berkeley, anxious to see what NuSTAR would find.
Now, Harrison shares her take on five of the mission's many iconic images and artist concepts -- ranging from our flaring sun to distant, buried black holes. NuSTAR is the first telescope capable of focusing high-energy X-rays -- and it has taken the most detailed images of the sky in this energy regime to date. 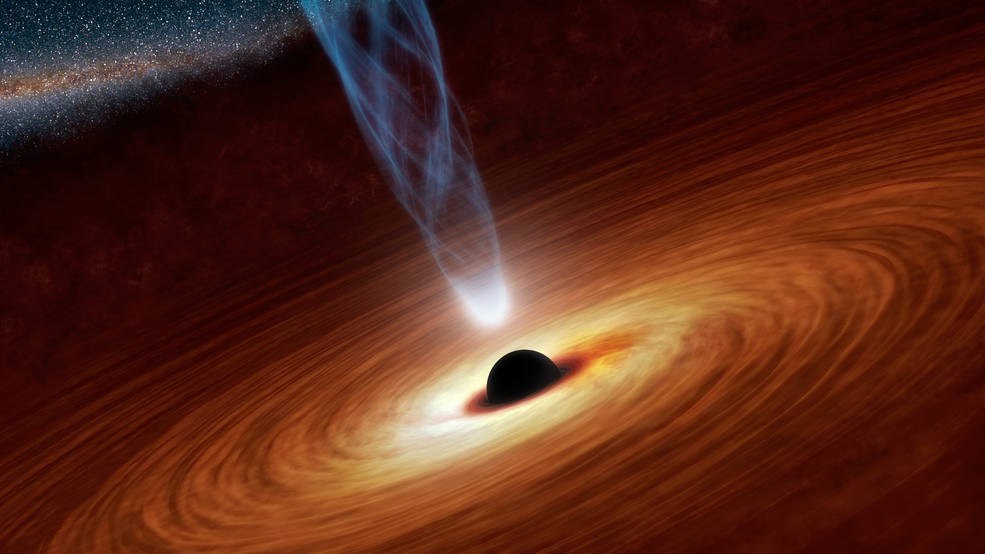 Credits: NASA/JPL-Caltech
Full image and caption
"This is an artist's concept of a region very near a black hole," Harrison said. "It was made to go along with some of our very first results, where we measured the spin of a supermassive black hole unambiguously for the first time. NuSTAR's high-energy X-ray vision allowed us to distinguish between models that explain what produces black holes' X-ray emissions, and this information led us to conclude that the observed black hole is rapidly spinning." 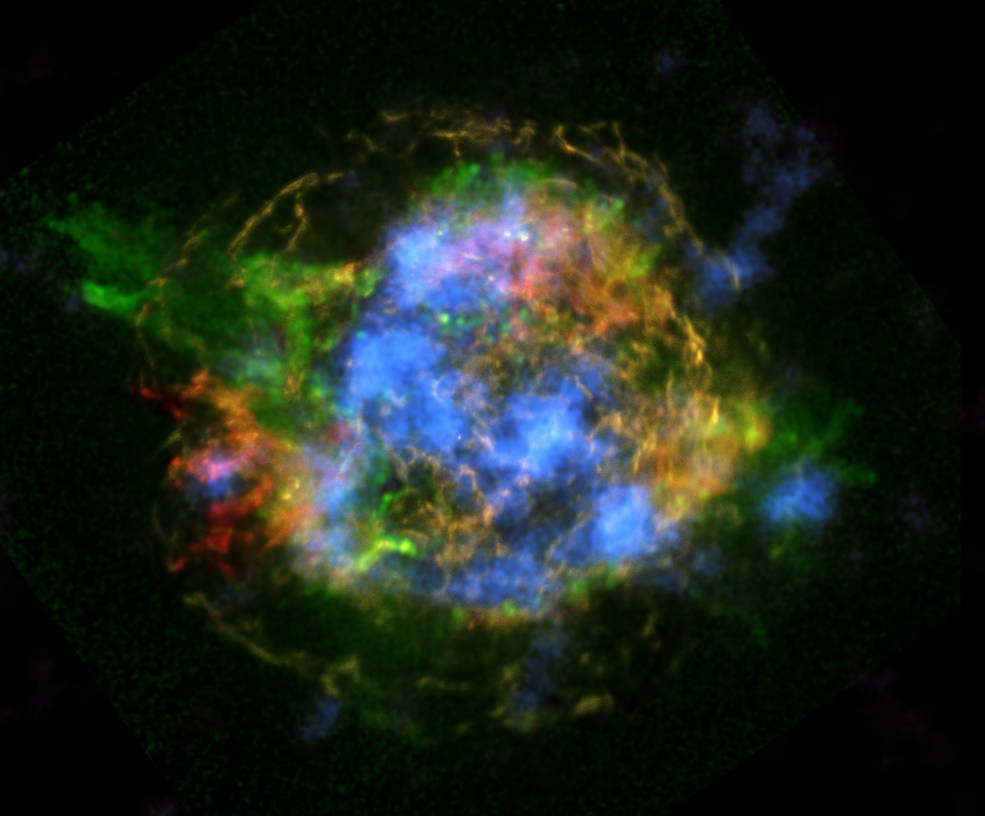 Credits: NASA/JPL-Caltech/CXC/SAO
Full image and caption
"This is a beautiful image, and one of the things we built NuSTAR to do -- to make the first-ever map of emission from radioactivity in the remnant of an exploded star," Harrison said. "We spent years developing specialized detectors to have the capability to make this image. From the image, we were able to determine the mechanism that caused the star to explode." NuSTAR data show high-energy X-rays from radioactive material in blue. Non-radioactive materials are red, yellow and green. 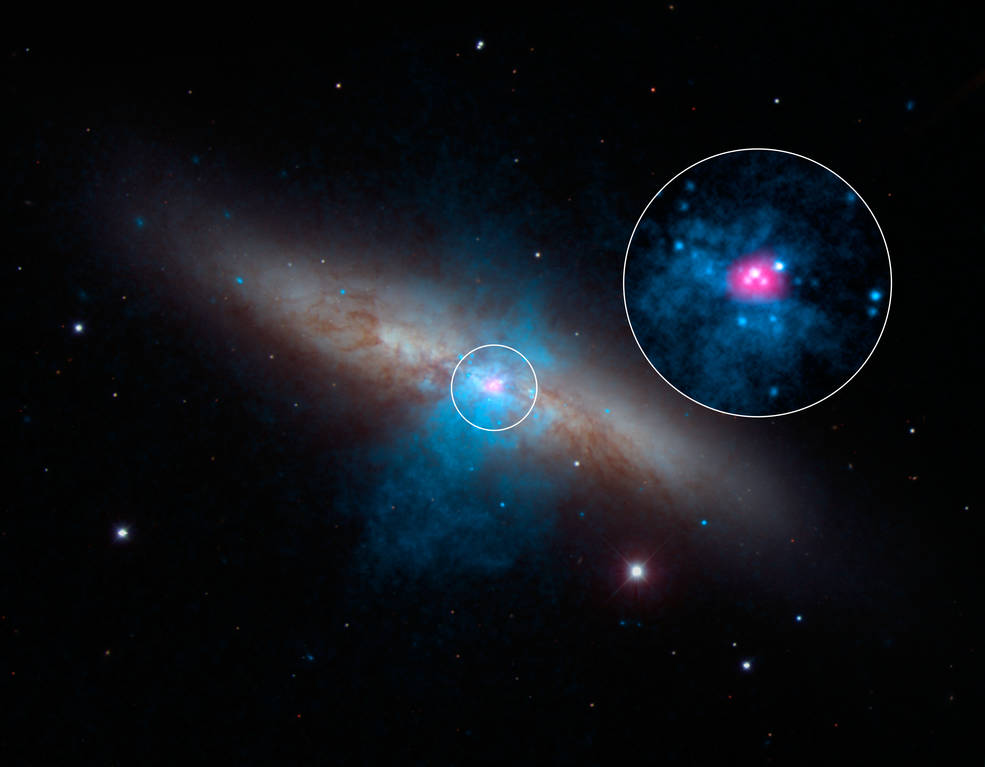 Credits: NASA/JPL-Caltech/SAO/NOAO
Full image and caption
"This result was one of the biggest surprises from NuSTAR. We detected X-ray pulses from an object in a galaxy that everybody had assumed was a black hole, thereby showing it was actually a stellar remnant called a pulsar. At the time, it was by far the brightest pulsar known. At first nobody believed it, but the signal was so strong and clear," Harrison said. Since this discovery two other extremely bright pulsars have been found -- prompted by NuSTAR's discovery. High-energy X-rays from the pulsar are seen in pink at the center of the image. 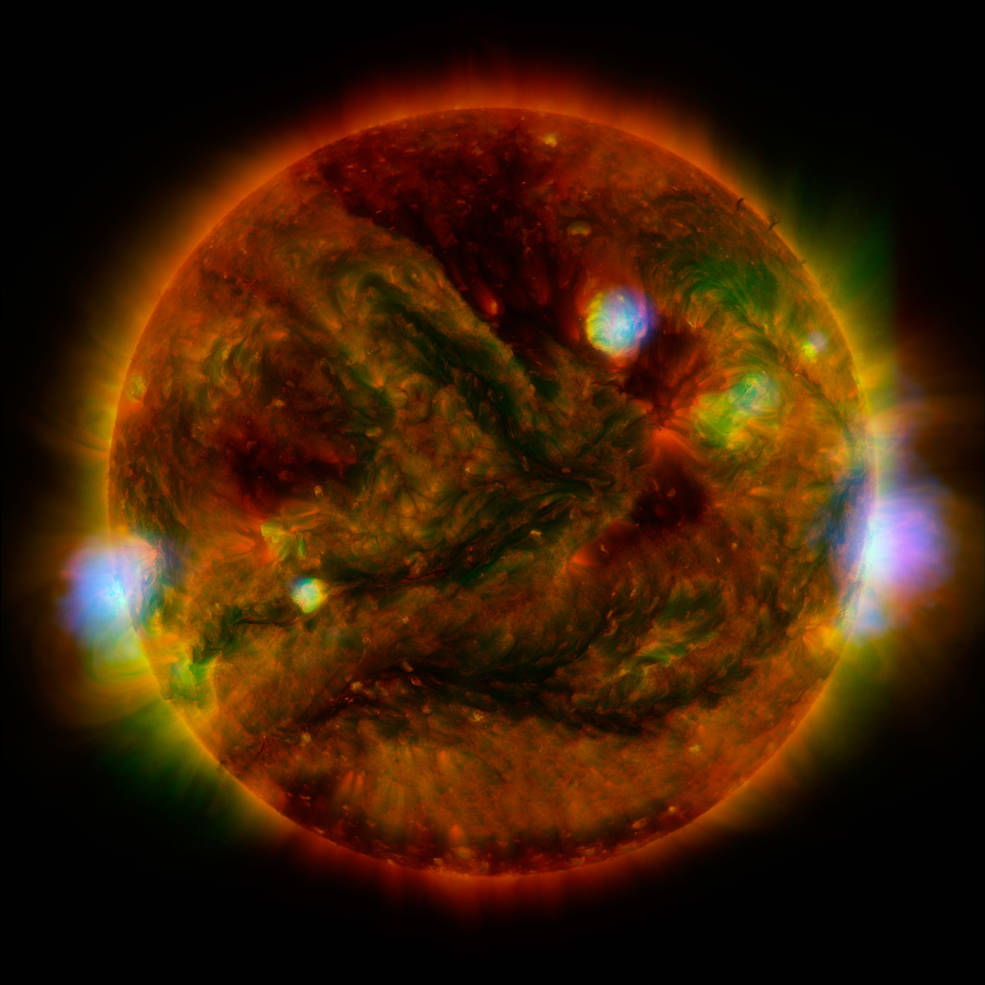 Credits: NASA/JPL-Caltech/GSFC/JAXA
Full image and caption
"With NuSTAR, we see flaring, active regions of the sun where high-energy particles are being created. NuSTAR was built as an astrophysics mission, not to study the sun," Harrison said. "People thought we were crazy at first to point such a sensitive observatory at the sun and potentially ruin it. But now, by studying the sun with much greater sensitivity in high-energy X-rays, we are making important contributions to the field of solar physics." 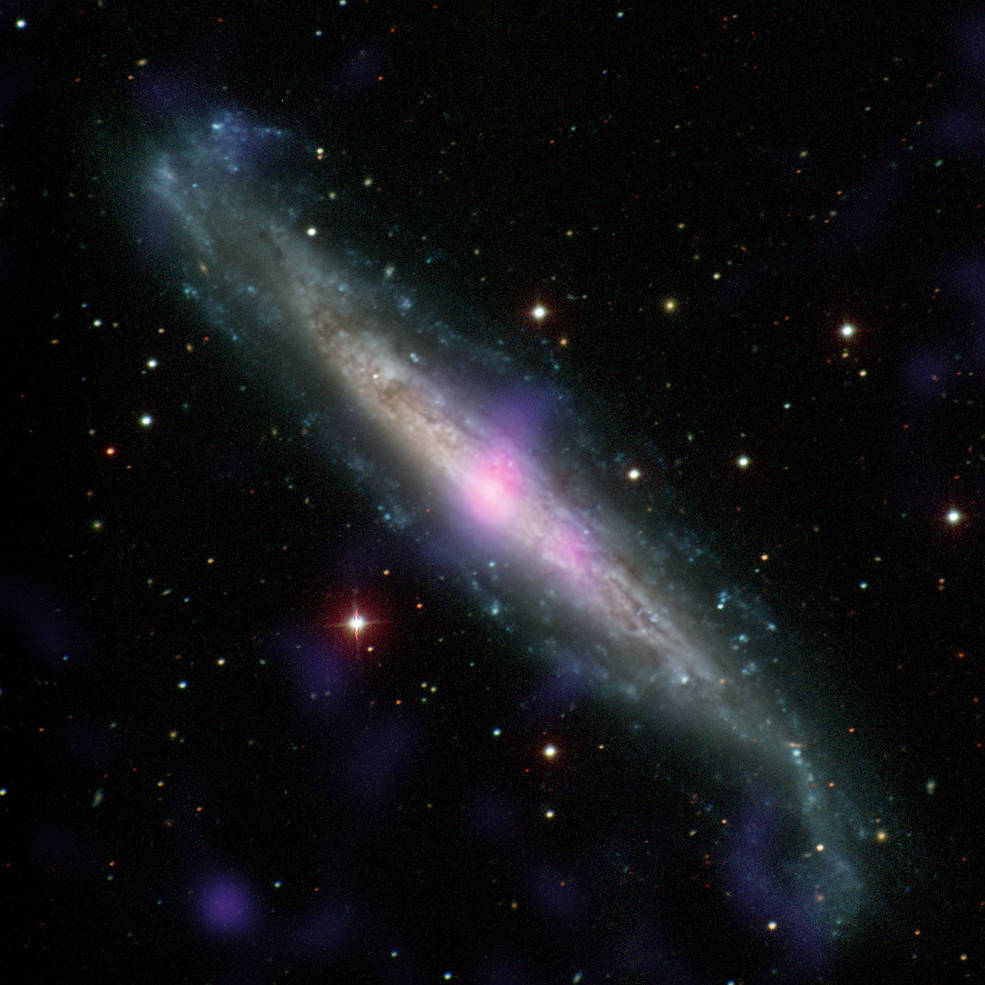 Credits: Carnegie-Irvine Galaxy Survey/NASA/JPL-Caltech
Full image and caption
"This image illustrates another major accomplishment NuSTAR was designed for -- to find hidden black holes buried by dust and gas," Harrison said. "This is a wonderful result, led by two graduate students. What they found is that there is a thick layer of gas and dust hiding the active black hole in the galaxy NGC 1448 from our sight."
NuSTAR is a Small Explorer mission led by Caltech and managed by JPL for NASA's Science Mission Directorate in Washington. NuSTAR was developed in partnership with the Danish Technical University and the Italian Space Agency (ASI). The spacecraft was built by Orbital Sciences Corp., Dulles, Virginia. NuSTAR's mission operations center is at UC Berkeley, and the official data archive is at NASA's High Energy Astrophysics Science Archive Research Center. ASI provides the mission's ground station and a mirror archive. JPL is managed by Caltech for NASA.
For more information on NuSTAR, visit:
https://www.nasa.gov/nustar
http://www.nustar.caltech.edu
Written by Whitney Clavin, Caltech
Elizabeth LandauJet Propulsion Laboratory, Pasadena, Calif.818-354-6425Elizabeth.landau@jpl.nasa.gov
Whitney ClavinCaltech, Pasadena, Calif.626-395-1856wclavin@caltech.edu
2017-166
Editor: Tony Greicius
Publicado por salud equitativa en 6:01