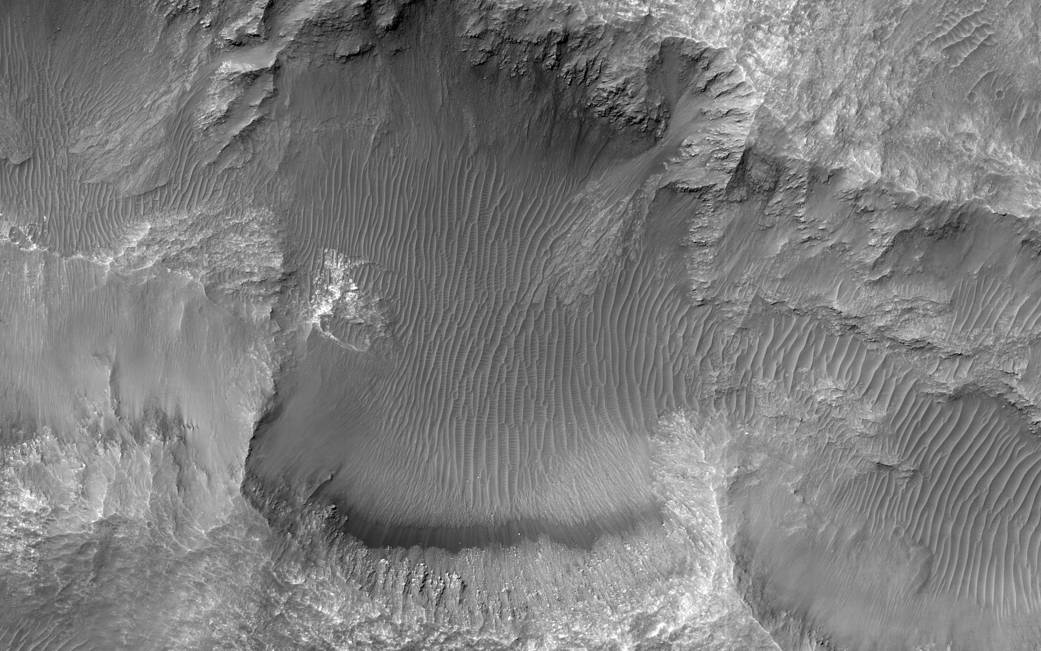 This image from NASA's Mars Reconnaissance Orbiter shows an elongated depression from three merged craters.
The raised rims and ejecta indicate that these are impact craters rather than collapse or volcanic landforms. The pattern made by the ejecta and the craters suggest this was a highly oblique (low angle to the surface) impact, probably coming from the west.
There may have been three major pieces flying in close formation to make this triple crater. Be sure to view the anaglyph for a more detailed look.
This is a stereo pair with ESP_041350_1455.
The map is projected here at a scale of 25 centimeters (9.8 inches) per pixel. [The original image scale is 26.1 centimeters (10.3 inches) per pixel (with 1 x 1 binning); objects on the order of 78 centimeters (30.7 inches) across are resolved.] North is up.
The University of Arizona, Tucson, operates HiRISE, which was built by Ball Aerospace & Technologies Corp., Boulder, Colo. NASA's Jet Propulsion Laboratory, a division of Caltech in Pasadena, California, manages the Mars Reconnaissance Orbiter Project for NASA's Science Mission Directorate, Washington.
Image credit: NASA/JPL-Caltech/Univ. of Arizona
Image download options
Editor: Tony Greicius
Publicado por salud equitativa en 11:19