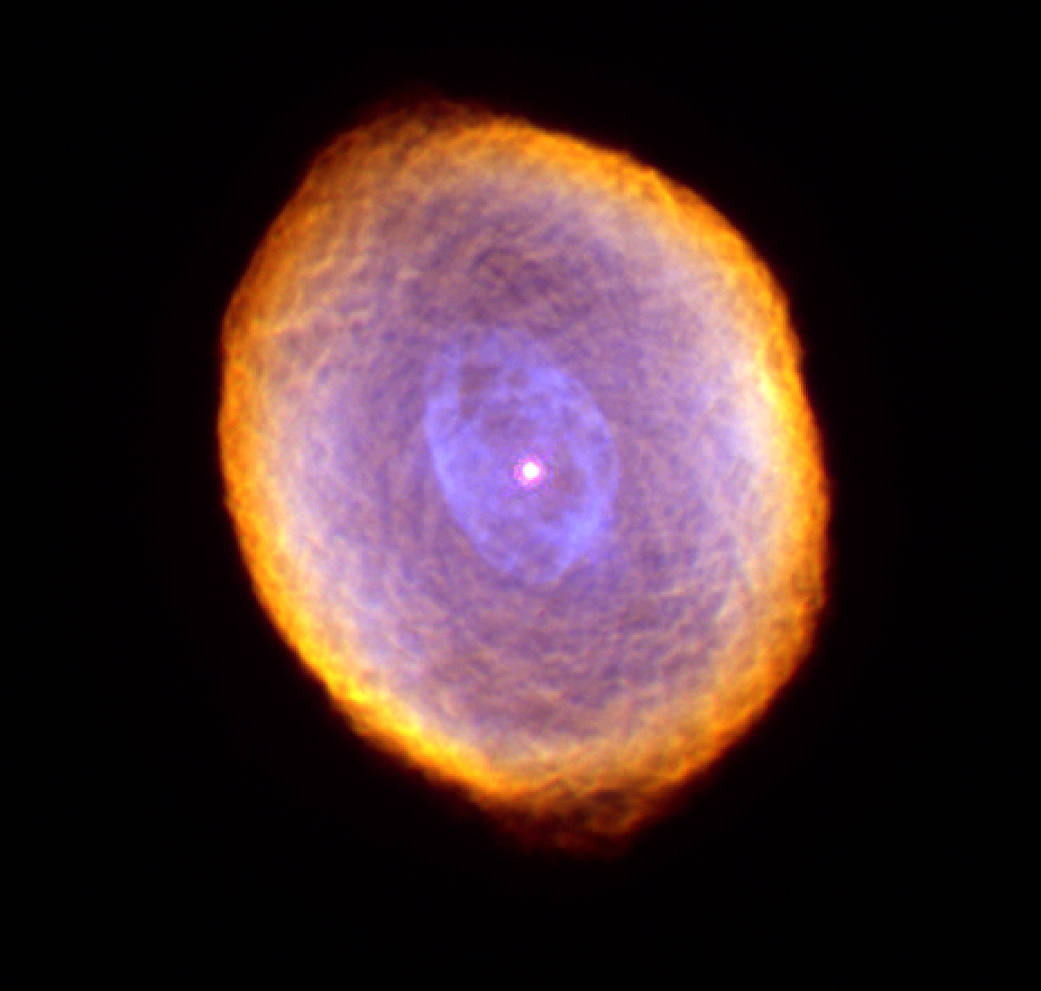 In this classic Hubble image from 2000, the planetary nebula IC 418 glows like a multifaceted jewel with enigmatic patterns. IC 418 lies about 2,000 light-years from Earth in the direction of the constellation Lepus.

Got a stellar Hubble image on a T-shirt? Or maybe you’ve spotted a Hubble tattoo! Share your photos on Instagram, Twitter, Flickr and Facebook with #SpotHubble and maybe you’ll get a shout-out from @NASAHubble!
Credits: NASA's Goddard Space Flight Center/Jenny Hottle
Learn More about #SpotHubble
A planetary nebula represents the final stage in the evolution of a star similar to our sun. The star at the center of IC 418 was a red giant a few thousand years ago, but then ejected its outer layers into space to form the nebula, which has now expanded to a diameter of about 0.1 light-year. The stellar remnant at the center is the hot core of the red giant, from which ultraviolet radiation floods out into the surrounding gas, causing it to fluoresce. Over the next several thousand years, the nebula will gradually disperse into space, and then the star will cool and fade away for billions of years as a white dwarf. Our own sun is expected to undergo a similar fate, but fortunately, this will not occur until some 5 billion years from now.
The Hubble image of IC 418 is shown with colors added to represent the different camera filters used that isolate light from various chemical elements. Red shows emission from ionized nitrogen (the coolest gas in the nebula, located furthest from the hot nucleus), green shows emission from hydrogen and blue traces the emission from ionized oxygen (the hottest gas, closest to the central star). The remarkable textures seen in the nebula are newly revealed by the Hubble Space Telescope, and their origin is still uncertain.
By: Space Telescope Science Institute, Baltimore, Md. Photo Credit: NASA and The Hubble Heritage Team (STScI/AURA);  Acknowledgment: Dr. Raghvendra Sahai (JPL) and Dr. Arsen R. Hajian (USNO)
Editor: Sara Blumberg
Publicado por salud equitativa en 12:55