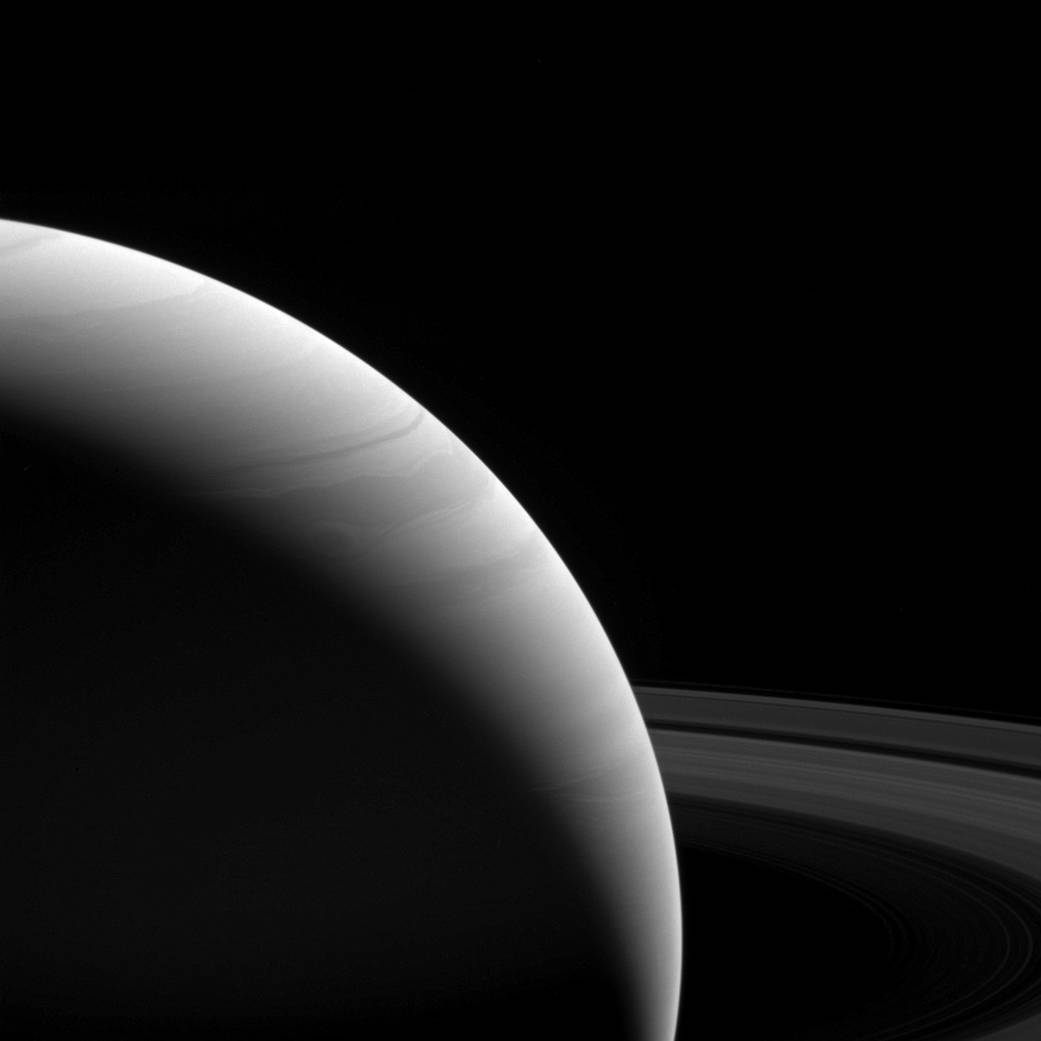 The light of a new day on Saturn illuminates the planet’s wavy cloud patterns and the smooth arcs of the vast rings.
The light has traveled around 80 minutes since it left the sun's surface by the time it reaches Saturn. The illumination it provides is feeble; Earth gets 100 times the intensity since it's roughly ten times closer to the sun. Yet compared to the deep blackness of space, everything at Saturn still shines bright in the sunlight, be it direct or reflected.
This view looks toward the sunlit side of the rings from about 10 degrees above the ring plane. The image was taken with the Cassini spacecraft wide-angle camera on Feb. 25, 2017 using a spectral filter which preferentially admits wavelengths of near-infrared light centered at 939 nanometers.
The view was obtained at a distance of approximately 762,000 miles (1.23 million kilometers) from Saturn. Image scale is 45 miles (73 kilometers) per pixel.
The Cassini mission is a cooperative project of NASA, ESA (the European Space Agency) and the Italian Space Agency. The Jet Propulsion Laboratory, a division of the California Institute of Technology in Pasadena, manages the mission for NASA's Science Mission Directorate, Washington. The Cassini orbiter and its two onboard cameras were designed, developed and assembled at JPL. The imaging operations center is based at the Space Science Institute in Boulder, Colorado.
For more information about the Cassini-Huygens mission visit http://saturn.jpl.nasa.gov and http://www.nasa.gov/cassini. The Cassini imaging team homepage is at http://ciclops.org.
Credit: NASA/JPL-Caltech/Space Science Institute
Editor: Martin Perez
Publicado por salud equitativa en 7:09