Jets from a Distance | NASA

Jets from a Distance | NASA

Jets from a Distance 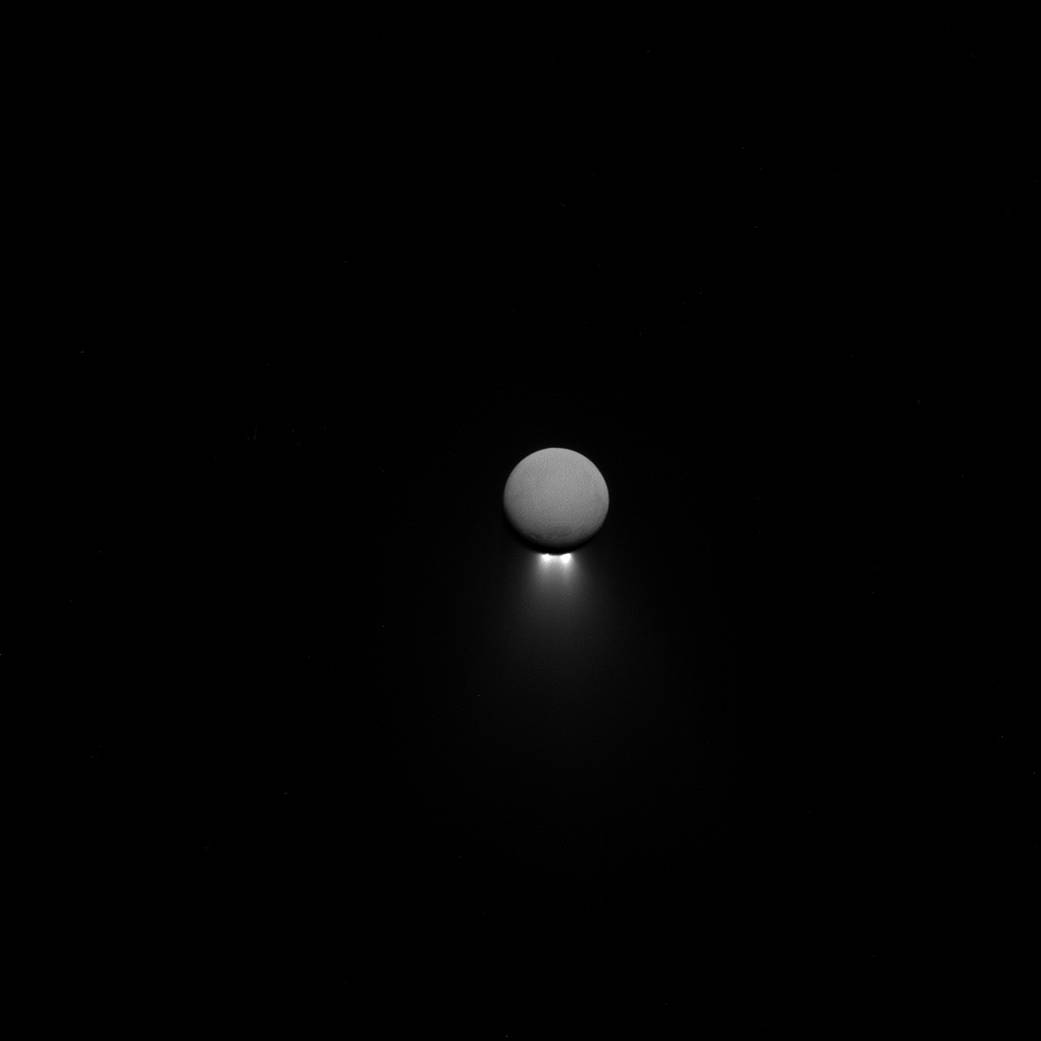 Enceladus' intriguing south-polar jets are viewed from afar, backlit by sunlight while the moon itself glows softly in reflected Saturn-shine.
Observations of the jets taken from various viewing geometries provide different insights into these remarkable features. Cassini has gathered a wealth of information in the hopes of unraveling the mysteries of the subsurface ocean that lurks beneath the moon's icy crust.
This view looks toward the Saturn-facing hemisphere of Enceladus (313 miles or 504 kilometers across). North is up. The image was taken in visible light with the Cassini spacecraft narrow-angle camera on April 13, 2017.
The view was acquired at a distance of approximately 502,000 miles (808,000 kilometers) from Enceladus and at a sun-Enceladus-spacecraft, or phase, angle of 176 degrees. Image scale is 3 miles (5 kilometers) per pixel.
The Cassini mission is a cooperative project of NASA, ESA (the European Space Agency) and the Italian Space Agency. The Jet Propulsion Laboratory, a division of the California Institute of Technology in Pasadena, manages the mission for NASA's Science Mission Directorate, Washington. The Cassini orbiter and its two onboard cameras were designed, developed and assembled at JPL. The imaging operations center is based at the Space Science Institute in Boulder, Colorado.
For more information about the Cassini-Huygens mission visit http://saturn.jpl.nasa.gov and http://www.nasa.gov/cassini. The Cassini imaging team homepage is at http://ciclops.org.
Credit: NASA/JPL-Caltech/Space Science Institute
Editor: Martin Perez
Publicado por salud equitativa en 13:10