Do-It-Yourself Science: Because We Are All Explorers | NASA

Do-It-Yourself Science: Because We Are All Explorers | NASA 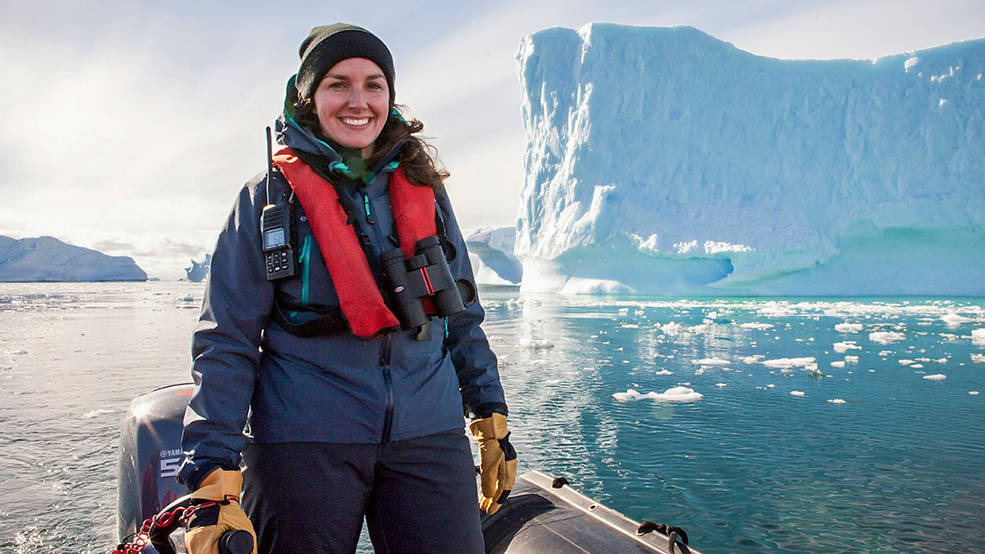 Lauren Farmer, a citizen scientist in Canberra, Australia, collects Earth science data through the GLOBE Observer Program.
Credits: Courtesy Lauren Farmer
In the mornings, Sylvia Beer sits at the desktop computer in her living room with a cup of coffee and looks for ridges on Mars. Her town of Wodonga, Australia, gets so hot that in summer she begins scanning Mars images at 4 a.m., when she takes medication for Parkinson’s disease. The condition sometimes affects her memory and movement — she uses a cane or walker to get around, and can’t walk as far as she’d like — but her passion for learning about space has not suffered.
“It’s been since I was about 5 years old. It’s been in my blood since then,” said Beer, now 61. “Just the wonderment and trying to understand how everything goes together and works — I just love it.”
Meet more citizen scientists around the world
Beer is one of hundreds of thousands of people worldwide participating in “citizen science” initiatives using NASA data that allow anyone, regardless of education or background, to collaborate in real scientific research. Many enthusiastic amateurs have day jobs as wide ranging as making furniture, teaching and leading cruises in the Arctic and Antarctica. And the projects they collaborate on make valuable discoveries: networks of ridges on Mars, a meteor impact on Jupiter and even previously unknown systems of planets orbiting other stars, known as exoplanets. 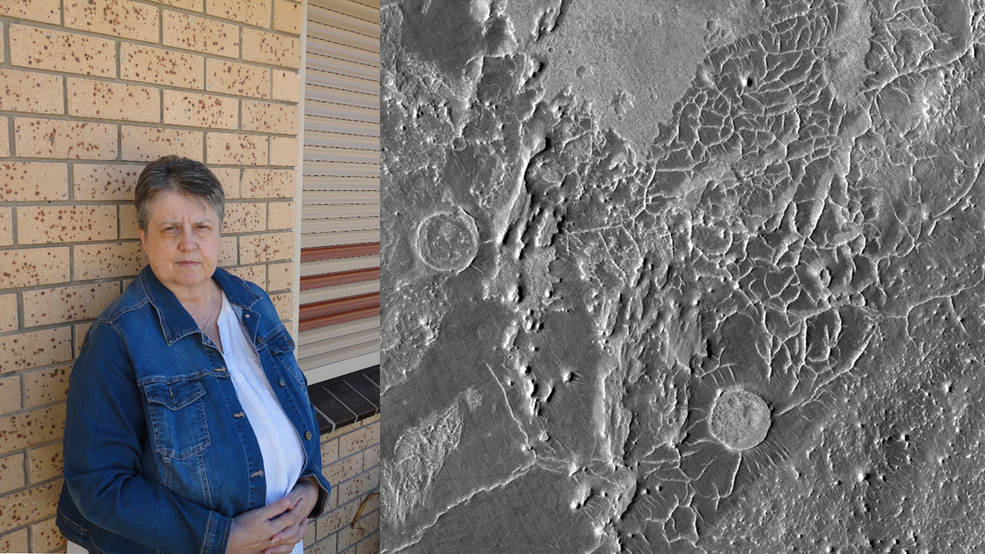 Left: Sylvia Beer, citizen scientist exploring Mars using Planet Four: Ridges. Right: Polygonal ridges on Mars.
Credits: Left: Courtesy Sylvia Beer. Right: NASA/JPL-Caltech/Univ. of Arizona
Some projects, such as Planet Four: Ridges, which Beer contributes to, rely on the public to identify patterns and features in the massive amounts of data NASA spacecraft beam home. Others allow citizen scientists to log observations about their environments, collecting Earth science data from around the globe — which would be difficult for a small professional science team.
“Citizen science projects democratize science and open up avenues for people to participate who might not have chosen science as a career, or who are still in school and thinking about going into science,” said Amy Kaminski, program executive for NASA’s Prizes and Challenges program.
Thousands of eyes on Mars
Spacecraft have returned hundreds of thousands of images of Mars, and scientists — who tend to specialize in specific aspects of Mars — don’t have time to carefully look at every single one, or examine them in the context of the whole planet. That’s why Planet Four, a citizen science project on the Zooniverse platform, launched in 2013.
“There is far more data from our spacecraft out there than there are scientists to make good use of it,” said Doug Ellison of NASA’s Jet Propulsion Laboratory, Pasadena, California, who was a citizen scientist before joining JPL. “Because these data are out there, they have sprouted — they have germinated and nurtured — an army of people who will help scientists unlock its potential. All we have to do is release the data and leave them alone.”
In 2017, the Planet Four project teamed with JPL scientist Laura Kerber to launch a project called Planet Four: Ridges to see how common different kind of ridges are on Mars. Participants look through thousands of images from NASA’s Mars Reconnaissance Orbiter (MRO) and click “Yes” or “No” on each one to indicate whether they see a ridge or not. More than 8,000 people have viewed over 40,000 frames from MRO images in “Ridges.” Because different people may interpret ridges differently, the program shows the same image to multiple people and then delivers the ones with the most “yes” votes to the scientists.
“By having so many people look at the same image and combine those assessments, it typically outperforms or equals the experts,” said Meg Schwamb, an astronomer at Gemini Observatory in Hawaii, who helped develop Planet Four.
Kerber has been astounded — not only at how well participants spot ridges, but how their curiosity leads them to point out other features of interest. Sylvia Beer, the Australian space enthusiast, looks for ridges on Google Mars, which also makes use of NASA spacecraft images, and reports her findings through Planet Four. Beer has spotted many ridges in the oldest areas of Mars, which indicates to Kerber that water was pervasively flowing through the ancient crust.
“The most valuable thing is them (the citizen scientists) saying, ‘Laura, I found something unusual,’” Kerber said. “A machine can be like, ‘OK, I have results.’ The machine can’t tell me what else it learned in its journey.”
A crowd-controlled camera at Jupiter
One of the active amateurs monitoring Jupiter is Christopher Go, who lives in Cebu City, Philippines. By day he manufactures furniture, but in the early mornings he is observing the sky and processing images from JunoCam, a visible-light camera on NASA’s Juno spacecraft. Go is also known for having confirmed a meteor’s flashy impact into Jupiter in 2010, which he captured on video. 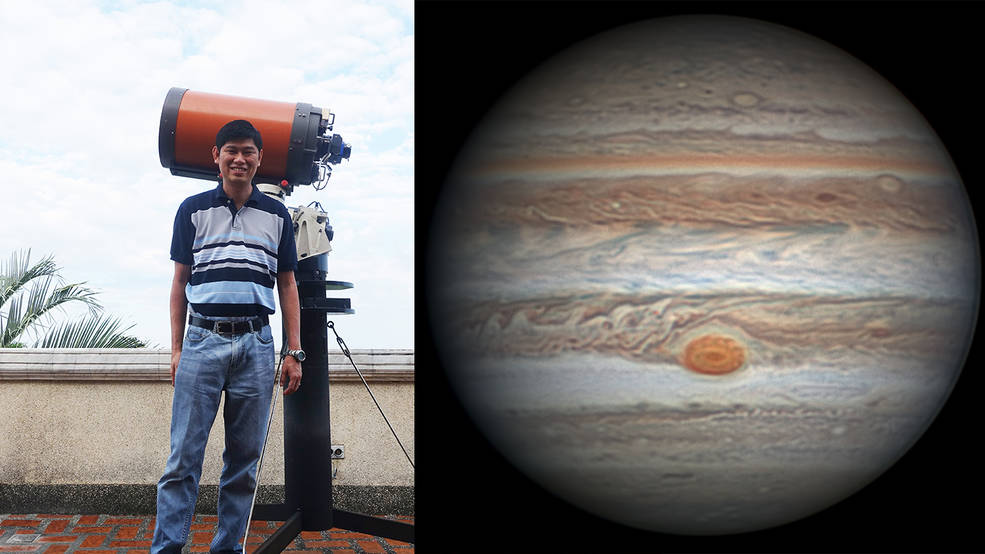 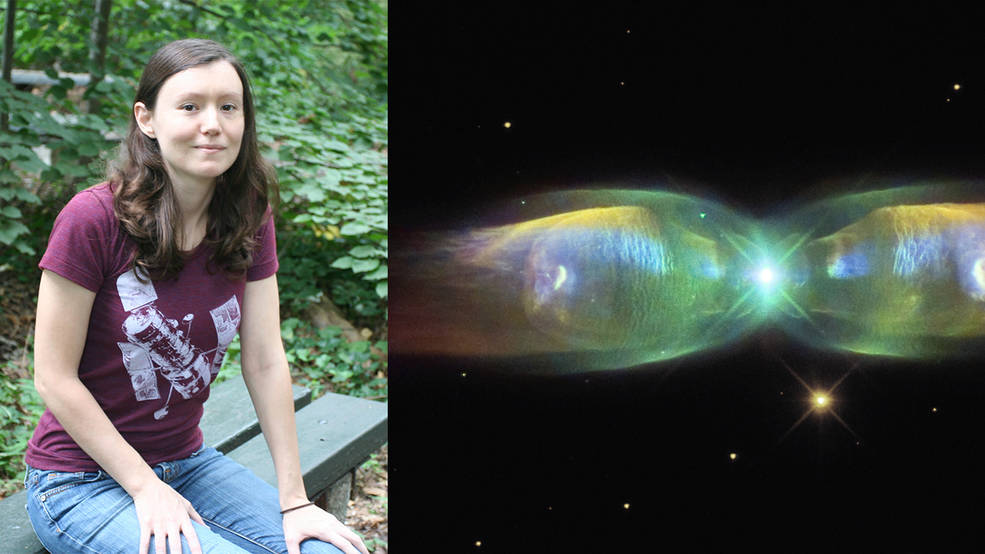 Left: Judy Schmidt, amateur space image processor. Credit: Courtesy Judy Schmidt Right: The butterfly-like planetary nebula M2-9, processed by Judy Schmidt. Credit: NASA/ESA/Hubble Legacy Archive/Judy Schmidt
Credits: Left: Courtesy Judy Schmidt Right: NASA/ESA/Hubble Legacy Archive/Judy Schmidt
“It was just this really amazing system that popped straight out,” said Jessie Christiansen, exoplanet researcher at Caltech/IPAC in Pasadena and co-founder of Exoplanet Explorers. “It teaches us things about planetary formation that we didn’t know before”
Exoplanet Explorers allows members of the public to look for exoplanets, which are planets outside the solar system. It makes use of data from NASA’s Kepler Space Telescope, which stared at the same patch of sky from 2009 to 2013, and continues in a second mission, known as K2, that views different areas along the plane of Earth’s orbit. Citizen scientists are on the lookout for signs that a planet has passed across the face of its host star – an event called a transit.
Other discoveries have come from more distant space, using NASA’s Wide-field Infrared Survey Explorer (WISE) spacecraft and other telescopes. Disk Detective, which asks participants to look for debris disks around stars, led scientists to the oldest known circumstellar disk, changing our picture of how long planet-forming disks can survive. Backyard Worlds: Planet 9 has revealed at least 17 confirmed brown dwarfs, objects that span the range from planets almost up to the mass of stars. Both of these projects originated with Marc Kuchner, an astrophysicist at Goddard.
The most ambitious users of these projects receive special access to Google Hangouts with the science team and participate in side projects  – sometimes even volunteering to go with scientists to observatories to follow up. These “super users” have translated Disk Detective into 11 different languages and served as co-authors on publications that resulted from the projects. By day, their jobs range from pulmonologist to high school student. Computer technician Hugo Durantini Luca of Cordoba, Argentina, is one published super user — he used a telescope for the very first time when he followed up on Disk Detective targets.
“I knew citizen science would be a way to reach a large group of people, but I didn’t realize how important these people would become in my life,” Kuchner said. “I wish I could get to know all 150,000 of them!”
When Les Hamlet of Springfield, Missouri, got involved with Backyard Worlds: Planet 9 last year, he was working as a restaurant cook and knew little about spreadsheets and data analysis. But after a few months with the citizen science project, Hamlet was so hooked on looking for exotic astronomical objects that he learned how to write scripts and query databases. He has found more than 30 brown dwarf candidates so far, and one has been confirmed. Today, he works as a lab technician for an engineering firm. Through citizen science, “I learned a lot of skills that help me in my job right now,” he said.
Building community
A feature of the Zooniverse platform that Hamlet, Beer and other citizen scientists enjoy is the ability to talk to one another. 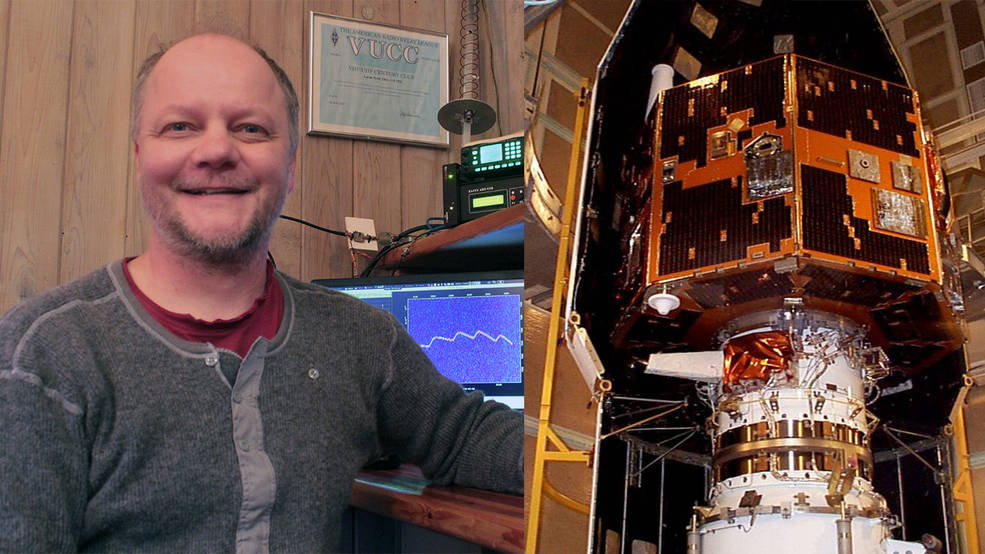 Left: Scott Tilley, amateur astronomer who located the lost IMAGE spacecraft. Right: The IMAGE spacecraft undergoing launch preparations in early 2000.
Credits: Left: Courtesy Scott Tilley Right: NASA
Beer is part of a core group of space enthusiasts using Planet Four: Ridges who regularly discuss their observations and ideas. One member, Bill Hood of Manitoba, Canada, a geologist who does mineral exploration for mining companies, describes the group as a “subculture.” Retired IT specialist Fernando Nogal of Lisbon, Portugal, has a reputation for being “the database guy,” and has been fascinated by the Martian south pole. Besides talking about Mars, there are jokes about cricket and weather reports from each person’s pocket of the globe. “I bring the cold weather and ice perspective to the discussion,” Hood said.
Beer’s highest level of education is high school, and she has had a wide variety of jobs, from working in a bakery to assisting with research in child psychology. She was born in Germany, but also lived in the United States and Central America before settling in an area of Australia home to kangaroos, horses, llamas and alpacas.
“People think I’m from Canada because of my strange accent,” she said. “I say, ‘no, I’m from Earth.’”
When she’s not looking for ridges on Mars, Beer enjoys making art. Drawing is difficult these days because her hands twitch, but she still designs colorful tapestries and jewelry – which also involves her keen sense of pattern recognition. She also loved mountain climbing when she was physically able to do it, and dreamed of seeing the Moon from space.
“If I was healthy, they could have sent me to Mars, to the Moon. I would have gone,” Beer said.
“But I’ve got a page [screen] saver that’s got the Moon and Earth rising. That’s how things are. You never know. I’m just glad I’ve got something to keep me occupied. I think my mind needs that.”
Learn more about citizen science and how you can get involved at:
https://solarsystem.nasa.gov/citizenscience
By Elizabeth Landau, Senior Storyteller, NASA JPL
Editor: Tony Greicius
Publicado por salud equitativa en 13:36