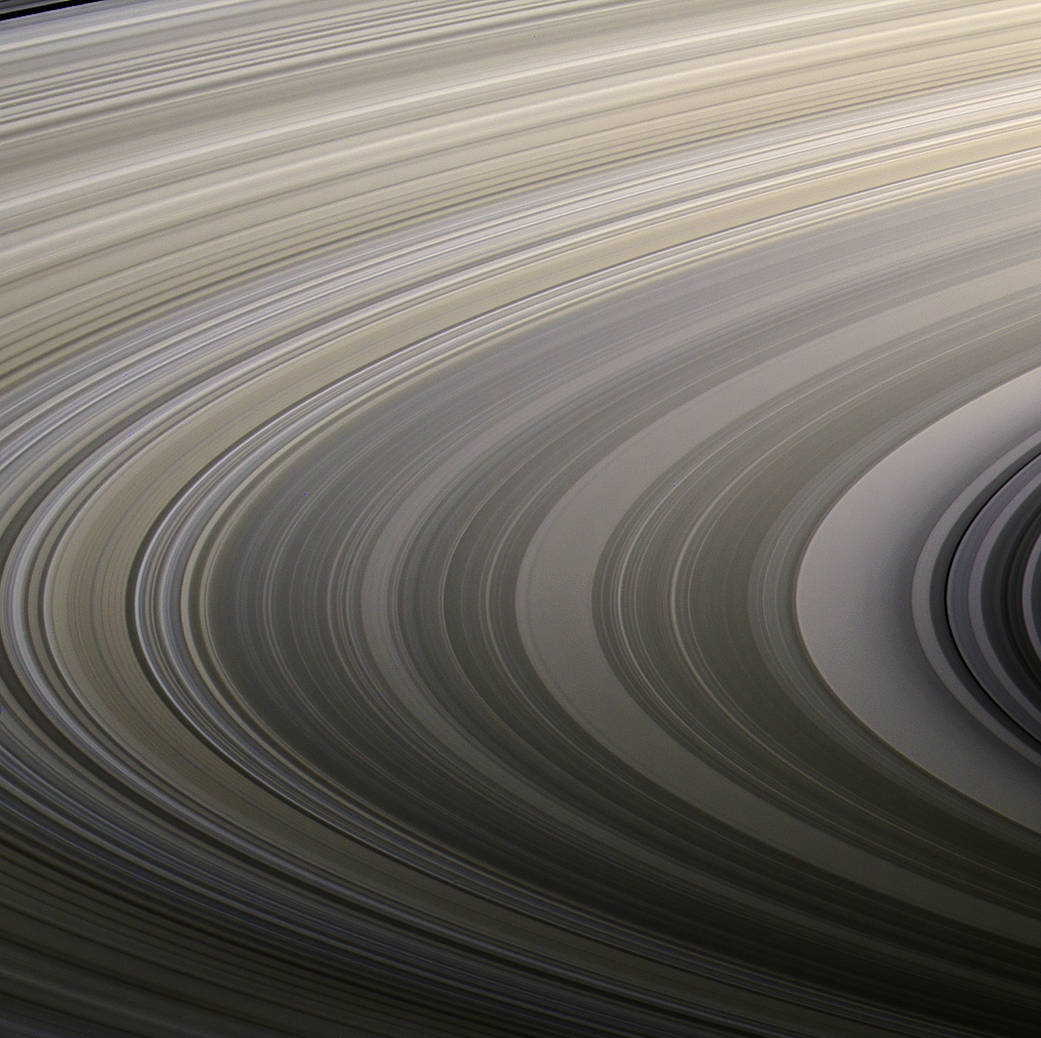 Saturn’s rings display their subtle colors in this view captured on Aug. 22, 2009, by NASA’s Cassini spacecraft. The particles that make up the rings range in size from smaller than a grain of sand to as large as mountains, and are mostly made of water ice. The exact nature of the material responsible for bestowing color on the rings remains a matter of intense debate among scientists.
Images taken using red, green and blue spectral filters were combined to create this natural color view. Cassini's narrow-angle camera took the images at a distance of approximately 1.27 million miles (2.05 million kilometers) from the center of the rings.The Cassini spacecraft ended its mission on Sept. 15, 2017
The Cassini mission is a cooperative project of NASA, ESA (the European Space Agency) and the Italian Space Agency. The Jet Propulsion Laboratory, a division of the California Institute of Technology in Pasadena, manages the mission for NASA's Science Mission Directorate, Washington. The Cassini orbiter and its two onboard cameras were designed, developed and assembled at JPL. The imaging operations center is based at the Space Science Institute in Boulder, Colorado.
For more information about the Cassini-Huygens mission visit https://saturn.jpl.nasa.gov and https://www.nasa.gov/cassini. The Cassini imaging team homepage is at http://ciclops.org.
Credit: NASA/JPL-Caltech/Space Science Institute
Editor: Tony Greicius
Publicado por salud equitativa en 10:30