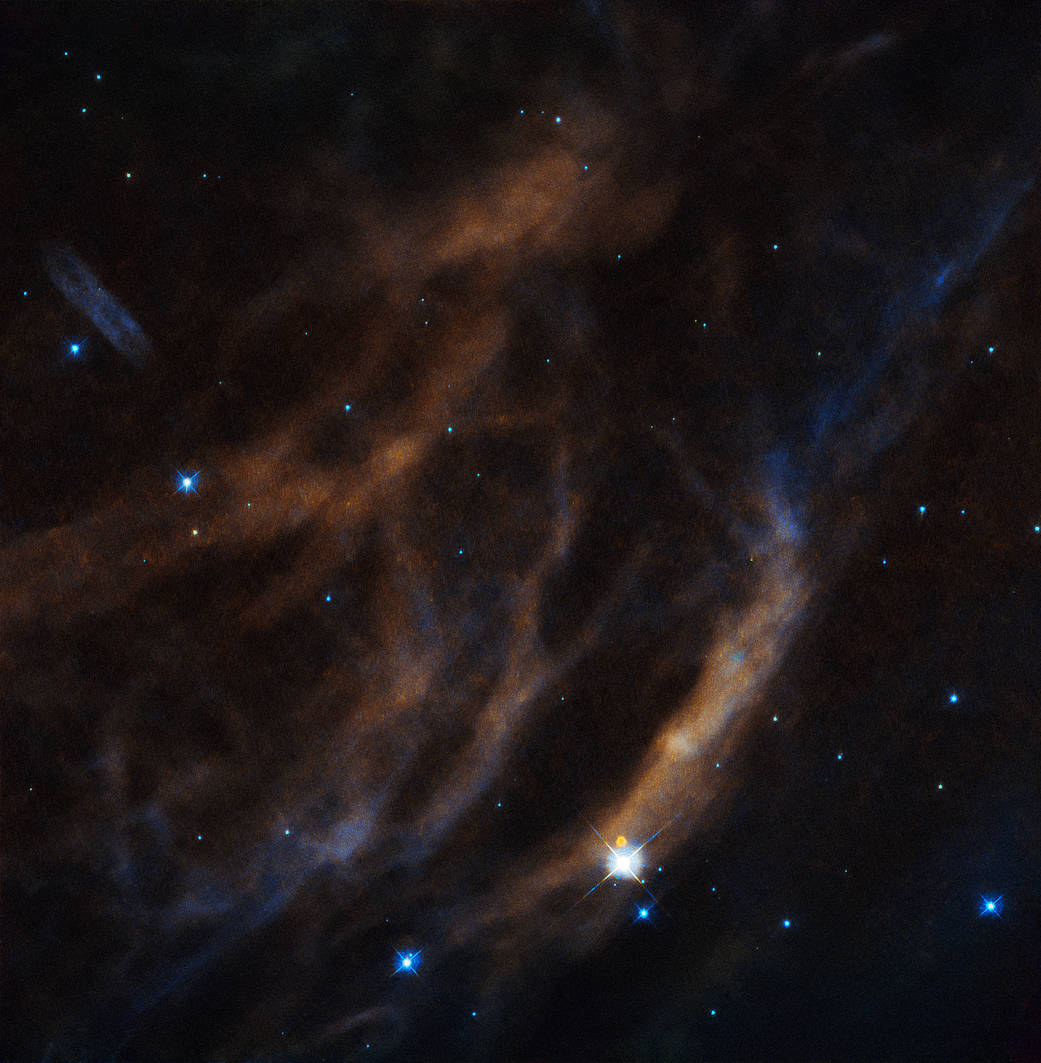 Got a stellar Hubble image on a T-shirt? Or maybe you’ve spotted a Hubble tattoo! Share your photos on Instagram, Twitter, Flickr and Facebook with #SpotHubble and maybe you’ll get a shout-out from @NASAHubble!
Credits: NASA's Goddard Space Flight Center/Jenny Hottle
Learn More about #SpotHubble
This entrancing image shows a few of the tenuous threads that comprise Sh2-308, a faint and wispy shell of gas located 5,200 light-years away in the constellation of Canis Major (The Great Dog).
Sh2-308 is a large bubble-like structure wrapped around an extremely large, bright type of star known as a Wolf-Rayet Star — this particular star is called EZ Canis Majoris. These type of stars are among the brightest and most massive stars in the Universe, tens of times more massive than our own sun, and they represent the extremes of stellar evolution. Thick winds continually poured off the progenitors of such stars, flooding their surroundings and draining the outer layers of the Wolf-Rayet stars. The fast wind of a Wolf-Rayet star therefore sweeps up the surrounding material to form bubbles of gas.
EZ Canis Majoris is responsible for creating the bubble of Sh2-308 — the star threw off its outer layers to create the strands visible here. The intense and ongoing radiation from the star pushes the bubble out farther and farther, blowing it bigger and bigger. Currently the edges of Sh2-308 are some 60 light-years apart!
Beautiful as these cosmic bubbles are, they are fleeting. The same stars that form them will also cause their death, eclipsing and subsuming them in violent supernova explosions.
Credit: ESA/Hubble & NASAText credit: European Space Agency
Editor: Karl Hille