The Edge of Jupiter | NASA

The Edge of Jupiter 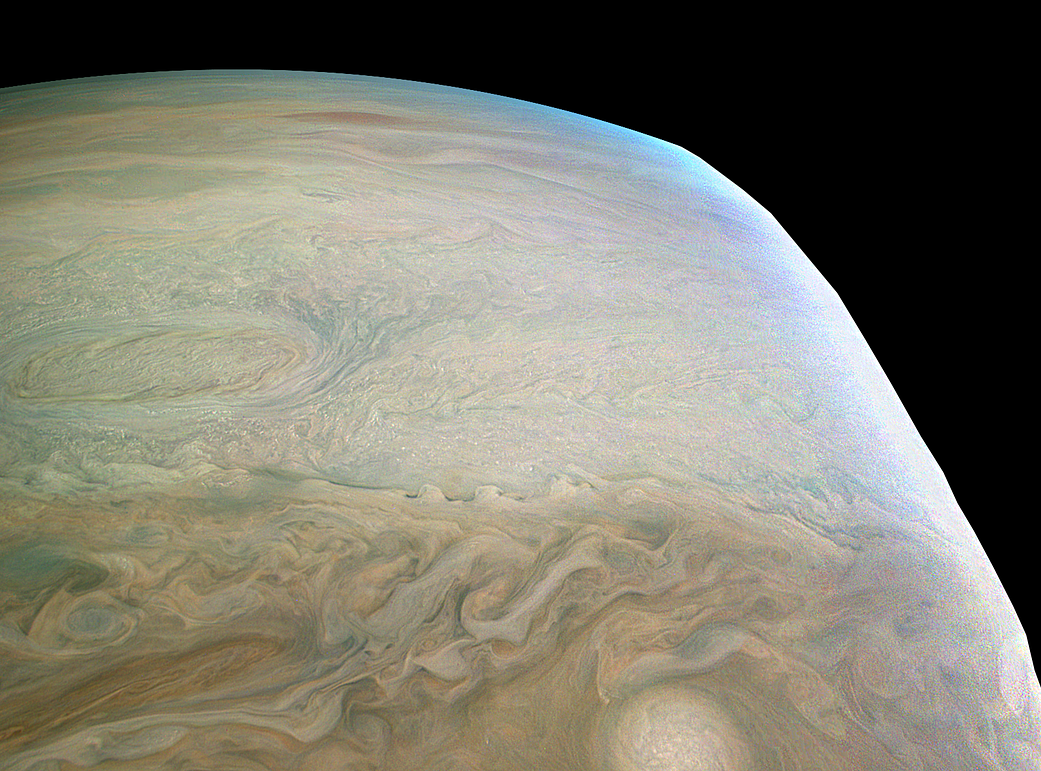 This enhanced color Jupiter image, taken by the JunoCam imager on NASA’s Juno spacecraft, showcases several interesting features on the apparent edge (limb) of the planet.
Prior to Juno’s fifth flyby over Jupiter’s mysterious cloud tops, members of the public voted on which targets JunoCam should image. This picture captures not only a fascinating variety of textures in Jupiter’s atmosphere, it also features three specific points of interest: “String of Pearls,” “Between the Pearls,” and “An Interesting Band Point.” Also visible is what’s known as the STB Spectre, a feature in Jupiter’s South Temperate Belt where multiple atmospheric conditions appear to collide.
JunoCam images of Jupiter sometimes appear to have an odd shape. This is because the Juno spacecraft is so close to Jupiter that it cannot capture the entire illuminated area in one image—the sides get cut off.
Juno acquired this image on March 27, 2017, at 2:12 a.m. PDT (5:12 a.m. EDT), as the spacecraft performed a close flyby of Jupiter. When the image was taken, the spacecraft was about 12,400 miles (20,000 kilometers) from the planet.
This enhanced color image was created by citizen scientist Bjorn Jonsson.
JunoCam's raw images are available for the public to peruse and process into image products at:
www.missionjuno.swri.edu/junocam
More information about Juno is at:
http://www.nasa.gov/juno and http://missionjuno.swri.edu
Credits: NASA/JPL-Caltech/SwRI/MSSS/Bjorn Jonsson
Editor: Tony Greicius
Publicado por salud equitativa en 11:02