Grooves and Kinks in the Rings | NASA 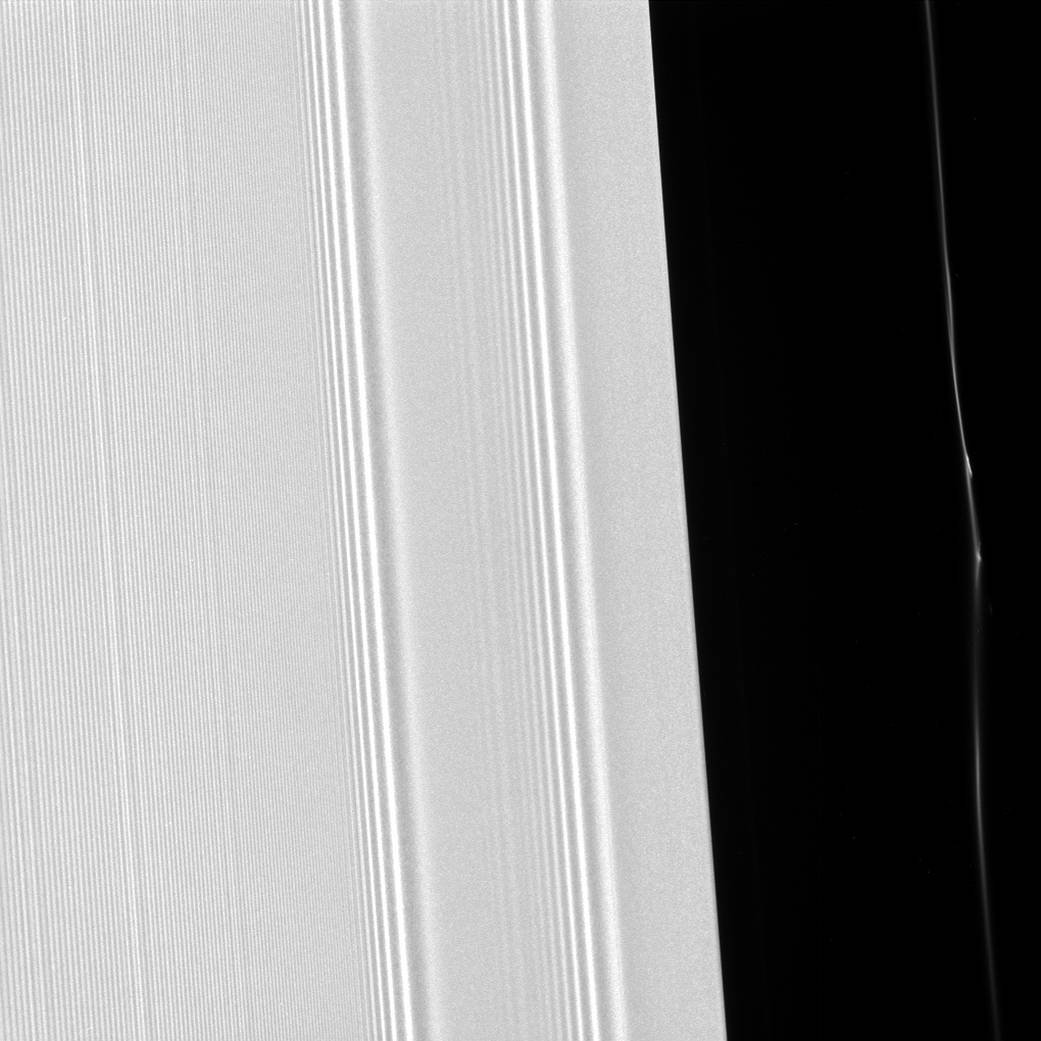 Many of the features seen in Saturn's rings are shaped by the planet's moons. This view from NASA's Cassini spacecraft shows two different effects of moons that cause waves in the A ring and kinks in the F ring.
The A ring, which takes up most of the image on the left side, displays waves caused by orbital resonances with moons that orbit beyond the rings. Kinks, clumps and other structures in the F ring (the small, narrow ring at right) can be caused by interactions between the ring particles and the moon Prometheus, which orbits just interior to the ring, as well as collisions between small objects within the ring itself.
This view looks toward the sunlit side of the rings from about 22 degrees above the ring plane. The image was taken in visible light with the Cassini spacecraft narrow-angle camera on March 22, 2017.
The view was acquired at a distance of approximately 63,000 miles (101,000 kilometers) from Saturn and at a Sun-Saturn-spacecraft, or phase, angle of 7 degrees. Image scale is 1,979 feet (603 meters) per pixel.
The Cassini mission is a cooperative project of NASA, ESA (the European Space Agency) and the Italian Space Agency. The Jet Propulsion Laboratory, a division of the California Institute of Technology in Pasadena, manages the mission for NASA's Science Mission Directorate, Washington. The Cassini orbiter and its two onboard cameras were designed, developed and assembled at JPL. The imaging operations center is based at the Space Science Institute in Boulder, Colorado.
For more information about the Cassini-Huygens mission visit http://saturn.jpl.nasa.gov and http://www.nasa.gov/cassini. The Cassini imaging team homepage is at http://ciclops.org.
Credit: NASA/JPL-Caltech/Space Science Institute
Editor: Tony Greicius