It was the most technically-challenging and complex stellar occultation observation campaign ever attempted: At least 54 observing teams with dozens of telescopes dispatched across two continents, positioned to catch a rare, two-second glimpse of a small, distant Kuiper Belt object passing in front of a star. And it wasn’t just any KBO — it was the next flyby target of NASA’s New Horizons mission. 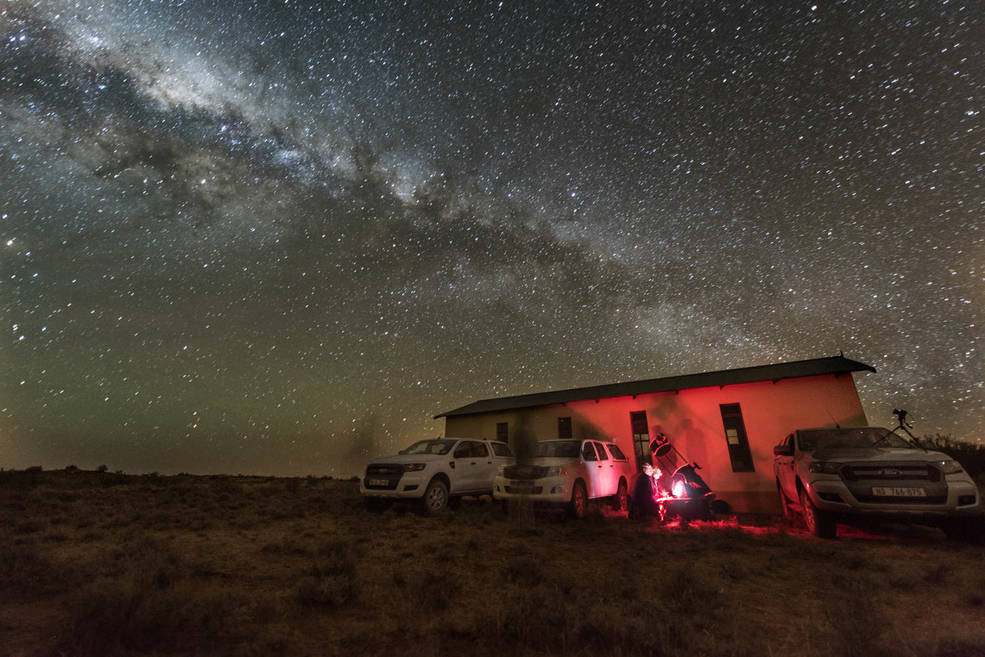 Paul Maley and Ted Blank, both of the International Occultation Timing Association, observe the occultation of Kuiper Belt object 2014 MU69 on the morning of June 3, 2017, from the Karoo desert near Vosburg, South Africa. Their target field — containing both Pluto and MU69 — is in the portion of the Milky Way seen here, in the constellation of Sagittarius. They positioned their telescope next to a small church, shielding it from winds that could arise during the cold winter night. NASA’s New Horizons spacecraft will fly past MU69 on Jan. 1, 2019.
Credits: NASA/JHUAPL/SwRI/Henry Throop 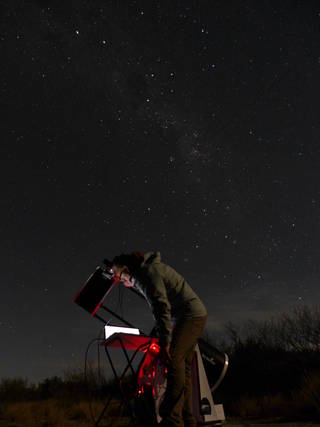 In Argentina, New Horizons scientist Alex Parker sets up to begin collecting data on the stellar occultation of 2014 MU69.
Credits: Kai Getrost
Overnight on June 2-3, about two-dozen members of the New Horizons team and other observers in Argentina and South Africa were hoping to capture the fleeting starlit shadow of 2014 MU69, which the New Horizons spacecraft will explore in a flyby on New Year’s Day 2019.
“The stars aligned for this observing campaign, which was implemented expertly by the team,” said New Horizons Program Executive Adriana Ocampo at NASA Headquarters in Washington, D.C. “It’s amazing how classical astronomy – from small telescopes to some of the most advanced observatories on Earth -- is helping New Horizons plan its next flyby, and it shows how truly global space exploration is.”
All 54 telescope teams collected data, reported mission Principal Investigator Alan Stern, adding that team scientists started digging into that data when they returned home last week.
“A tremendous amount had to go right to correctly execute such a massive observation campaign, but it did,” said Stern, of the Southwest Research Institute (SwRI) in Boulder, Colorado. “The main goal of these observations was to search for hazards; the secondary objective was to try to glimpse the occultation of MU69 itself, in order to learn its precise size. Scouring all the dozens of datasets for these two objectives is going to take us a few weeks.”
Near-Perfect Positioning
Marc Buie, the New Horizons SwRI co-investigator who led the campaign, stressed that data from the European Space Agency’s Gaia mission and the Hubble Space Telescope were critical to planning the observations. “Without Gaia and Hubble, I doubt we could have succeeded so well at this,” Stern agreed, “Gaia and Hubble were crucial to this success and we thank them both.”
Combining Gaia star positions with Hubble images provided the information needed to predict the narrow path of MU69’s shadow across Earth. “The Gaia star data has been critical this entire operation,” Buie said. “Without it, there was no way we could have predicted such an accurate path.”
Observing by Air and Land 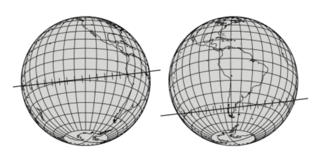 Projected path of the 2014 MU69 occultation shadow, on July 10 (left) and July 17, 2017.
Credits: Larry Wasserman/Lowell Observatory
New Horizons has two more chances to observe stellar occultations of MU69 this summer, on July 10 and July 17. On July 10 the team will employ the powerful 100-inch (2.5-meter) telescope on NASA's airborne Stratospheric Observatory for Infrared Astronomy (SOFIA); the plane’s vantage point from above the clouds will remove bad weather as an observation obstacle, and SOFIA should be able to provide better data than the smaller telescopes used in the occultation just completed. Airborne, SOFIA will provide the best vantage point to observe the July 10 occultation since the shadow falls in the middle of the Pacific Ocean.
On July 17, New Horizons team members will redeploy with two-dozen small mobile telescopes (40 centimeters in diameter) to far southern lands in Patagonia, Argentina to observe the third and final event, which offers a much brighter star to probe even more deeply for debris around MU69.
Follow all of these observations and more about New Horizons and its ongoing journey of exploration in the Kuiper Belt on Facebook and Twitter using hashtag #mu69occ. Watch for team blogs and images on the NASA New Horizons website and the mission’s KBO Chasers page. 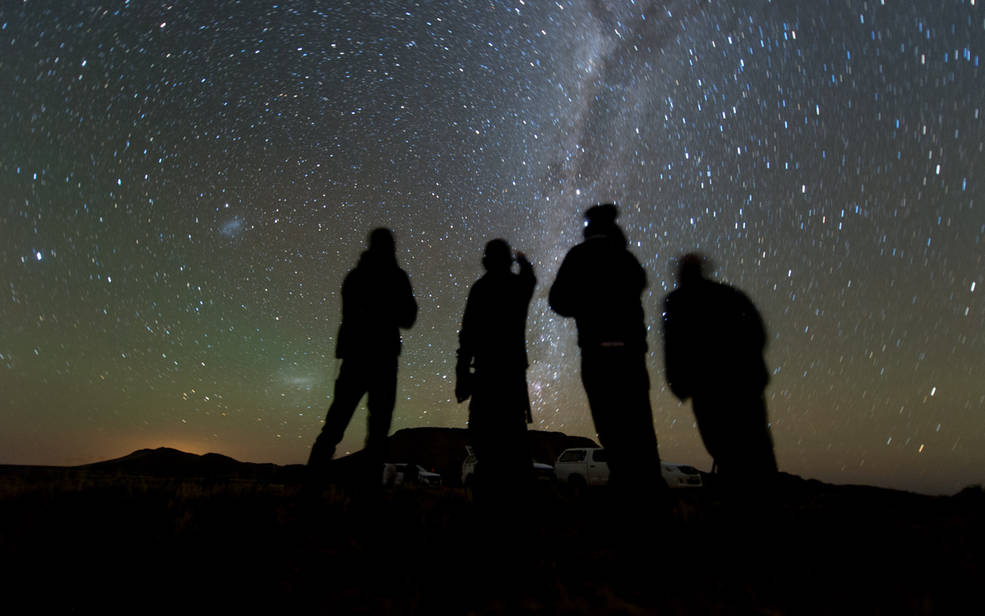 Four members of the South African observation team scan the sky while waiting for the start of the 2014 MU69 occultation, early on the morning of June 3, 2017. The target field is in the Milky Way, seen here from their observation site in the Karoo desert near Vosburg, South Africa. They used portable telescopes to observe the event, as MU69, a small Kuiper Belt object and the next flyby target of NASA’s New Horizons spacecraft, passed in front of a distant star.
Credits: NASA/JHUAPL/SwRI/Henry Throop
Editor: Tricia Talbert
Publicado por salud equitativa en 6:09