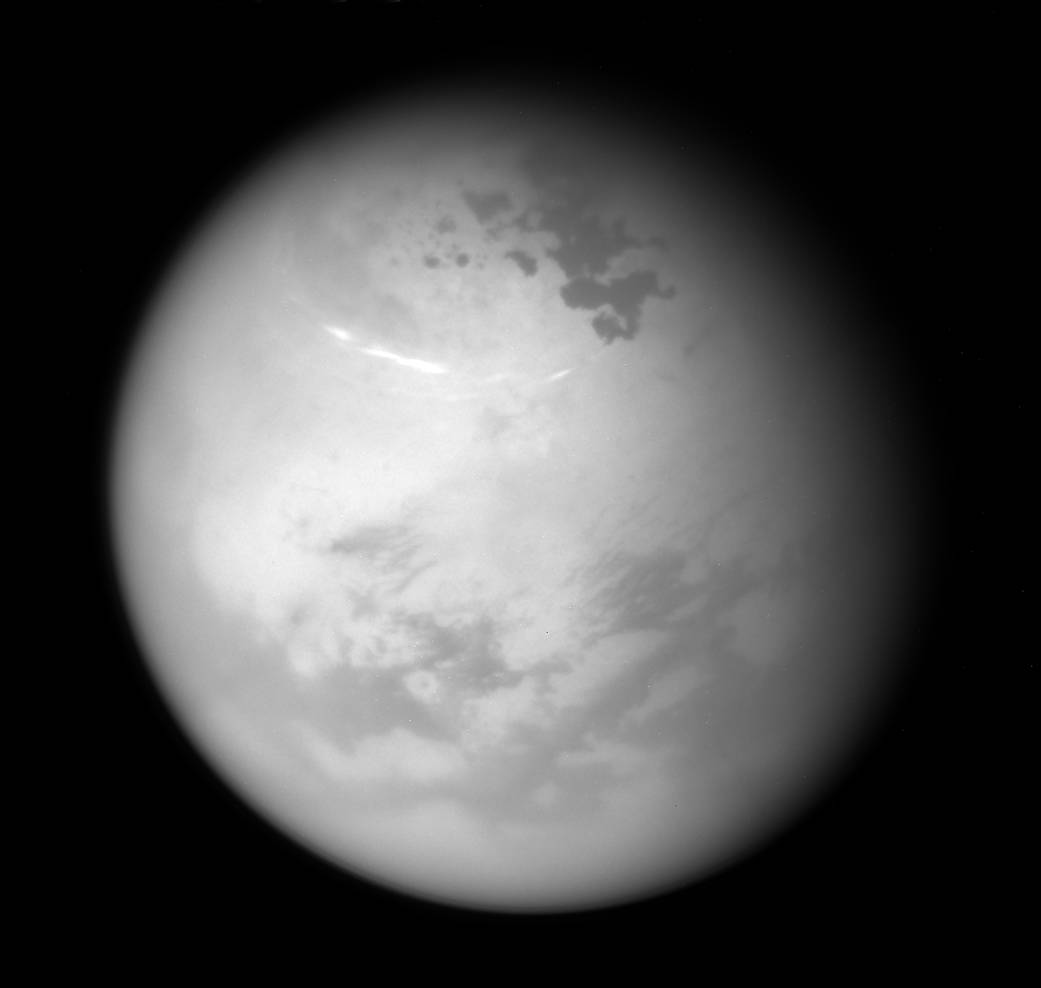 NASA's Cassini spacecraft sees bright methane clouds drifting in the summer skies of Saturn's moon Titan, along with dark hydrocarbon lakes and seas clustered around the north pole.
Compared to earlier in Cassini's mission, most of the surface in the moon's northern high latitudes is now illuminated by the sun. (See PIA08363 for a view of the northern hemisphere from 2007.) Summer solstice in the Saturn system occurred on May 24, 2017.
The image was taken with the Cassini spacecraft narrow-angle camera on June 9, 2017, using a spectral filter that preferentially admits wavelengths of near-infrared light centered at 938 nanometers. Cassini obtained the view at a distance of about 315,000 miles (507,000 kilometers) from Titan.
The Cassini mission is a cooperative project of NASA, ESA (the European Space Agency) and the Italian Space Agency. The Jet Propulsion Laboratory, a division of Caltech in Pasadena, California, manages the mission for NASA's Science Mission Directorate, Washington. The Cassini orbiter and its two onboard cameras were designed, developed and assembled at JPL. The imaging operations center is based at the Space Science Institute in Boulder, Colorado.
For more information about the Cassini-Huygens mission visit https://saturn.jpl.nasa.gov and https://www.nasa.gov/cassini.
Image Credit: NASA/JPL-Caltech/Space Science Institute
Image download options
Editor: Tony Greicius
Publicado por salud equitativa en 12:47