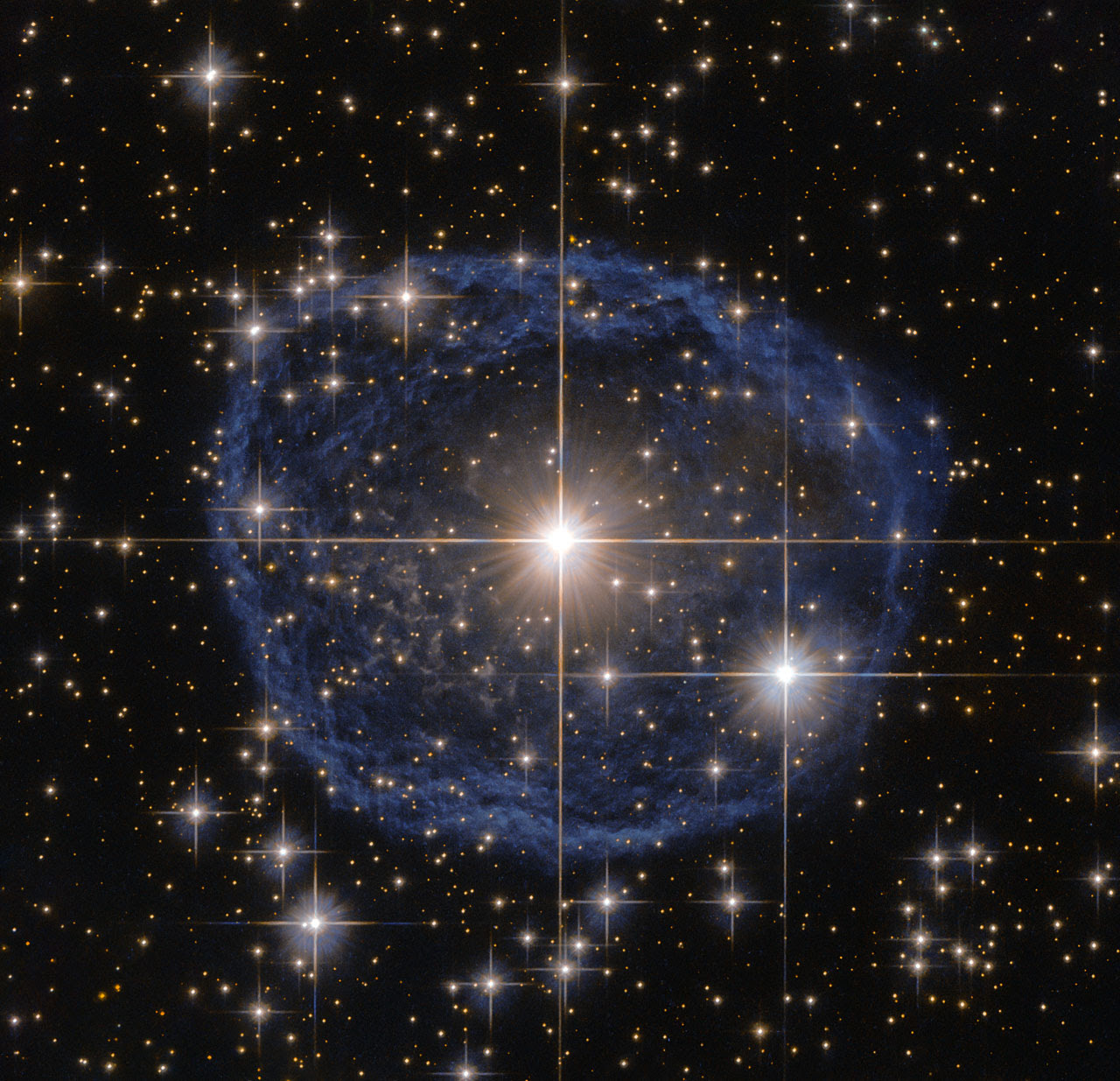 Sparkling at the center of this beautiful NASA/ESA Hubble Space Telescope image is a Wolf–Rayet star known as WR 31a, located about 30,000 light-years away in the constellation of Carina (The Keel).
The distinctive blue bubble appearing to encircle WR 31a is a Wolf–Rayet nebula — an interstellar cloud of dust, hydrogen, helium and other gases. Created when speedy stellar winds interact with the outer layers of hydrogen ejected by Wolf–Rayet stars, these nebulae are frequently ring-shaped or spherical. The bubble — estimated to have formed around 20,000 years ago — is expanding at a rate of around 220,000 kilometers (136,700 miles) per hour!
Unfortunately, the lifecycle of a Wolf–Rayet star is only a few hundred thousand years — the blink of an eye in cosmic terms. Despite beginning life with a mass at least 20 times that of the sun, Wolf–Rayet stars typically lose half their mass in less than 100,000 years. And WR 31a is no exception to this case. It will, therefore, eventually end its life as a spectacular supernova, and the stellar material expelled from its explosion will later nourish a new generation of stars and planets.
Text credit: European Space AgencyImage credit: ESA/Hubble & NASA, Acknowledgement: Judy Schmidt
Editor: Ashley Morrow