OSCILADORES ▲ Surge in the Ring | NASA

Surge in the Ring | NASA

Surge in the Ring 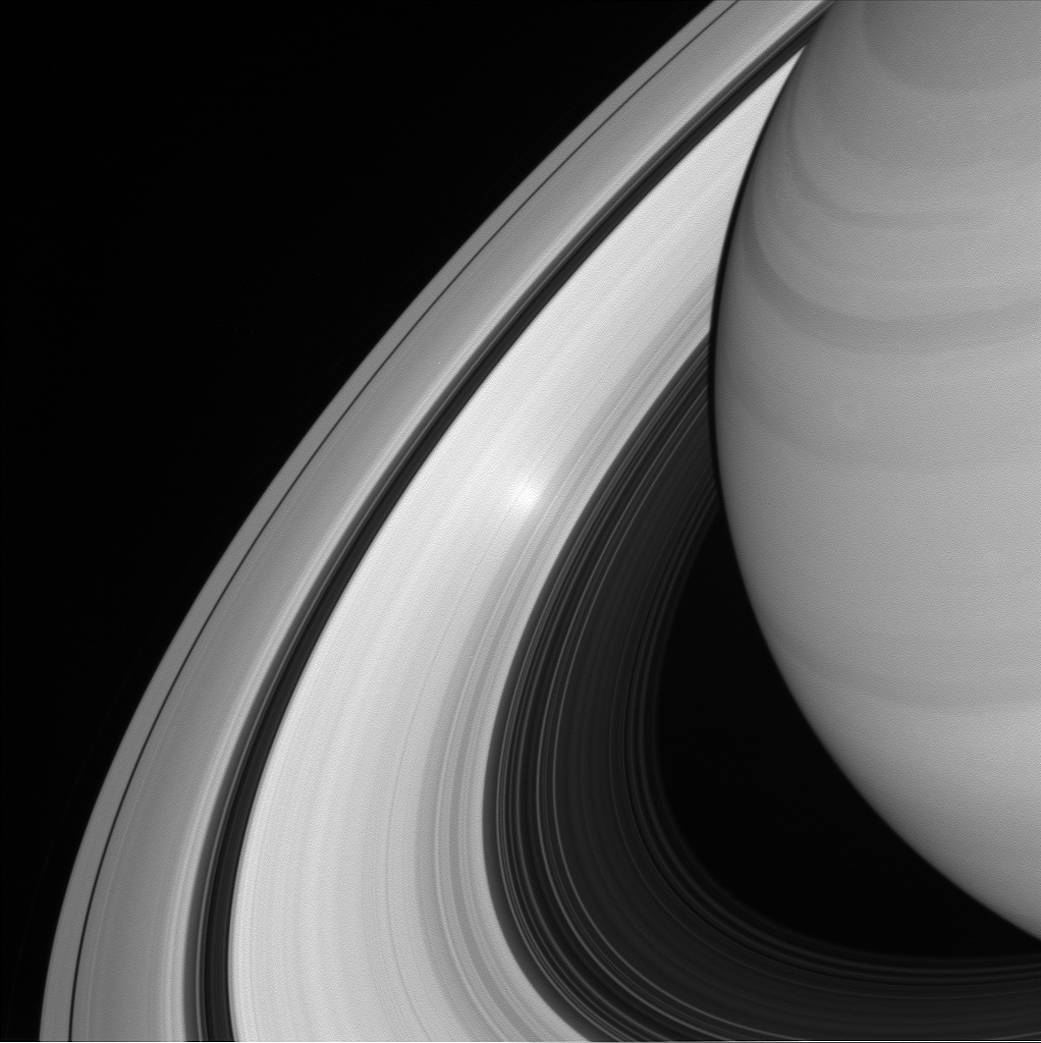 An ethereal, glowing spot appears on Saturn's B ring in this view from NASA's Cassini spacecraft. There is nothing particular about that place in the rings that produces the glowing effect -- instead, it is an example of an "opposition surge" making that area on the rings appear extra bright.
An opposition surge occurs when the sun is directly behind the observer looking toward the rings. The particular geometry of this observation makes the point in the rings appear much, much brighter than would otherwise be expected.
For more on the surge, see PIA08247.
This view looks toward the sunlit side of the rings from about 28 degrees above the ring plane. The image was taken in visible light with the Cassini wide-angle camera on June 26, 2016.
The view was acquired at a distance of approximately 940,000 miles (1.5 million kilometers) from the rings and at a sun-ring-spacecraft, or phase, angle of 0 degrees. Image scale on the rings at center is 56 miles (90 kilometers) per pixel.
The Cassini mission is a cooperative project of NASA, ESA (the European Space Agency) and the Italian Space Agency. The Jet Propulsion Laboratory, a division of the California Institute of Technology in Pasadena, manages the mission for NASA's Science Mission Directorate, Washington. The Cassini orbiter and its two onboard cameras were designed, developed and assembled at JPL. The imaging operations center is based at the Space Science Institute in Boulder, Colorado.
For more information about the Cassini-Huygens mission visit http://saturn.jpl.nasa.gov and http://www.nasa.gov/cassini. The Cassini imaging team homepage is at http://ciclops.org.
Credit: NASA/JPL-Caltech/Space Science Institute
Editor: Tony Greicius