Great balls of fire! NASA's Hubble Space Telescope has detected superhot blobs of gas, each twice as massive as the planet Mars, being ejected near a dying star. The plasma balls are zooming so fast through space it would take only 30 minutes for them to travel from Earth to the moon. This stellar "cannon fire" has continued once every 8.5 years for at least the past 400 years, astronomers estimate.
The fireballs present a puzzle to astronomers, because the ejected material could not have been shot out by the host star, called V Hydrae. The star is a bloated red giant, residing 1,200 light-years away, which has probably shed at least half of its mass into space during its death throes. Red giants are dying stars in the late stages of life that are exhausting their nuclear fuel that makes them shine. They have expanded in size and are shedding their outer layers into space. 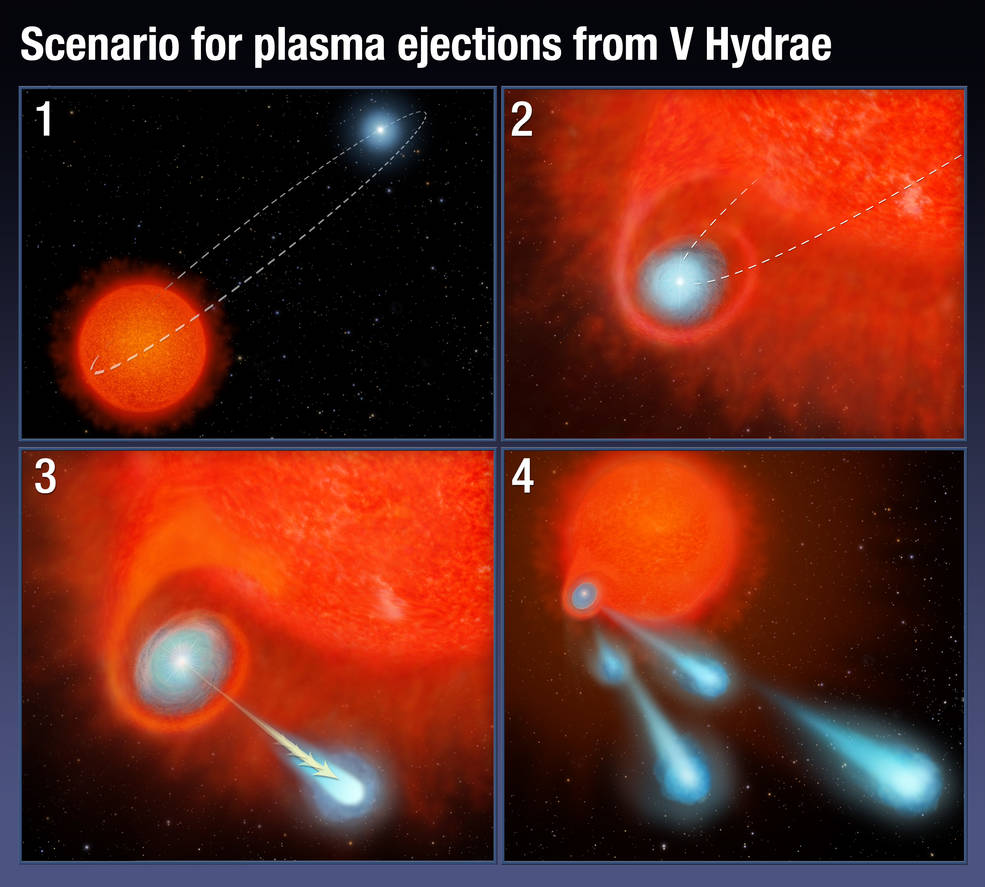