How Old are Martian Gullies? | NASA 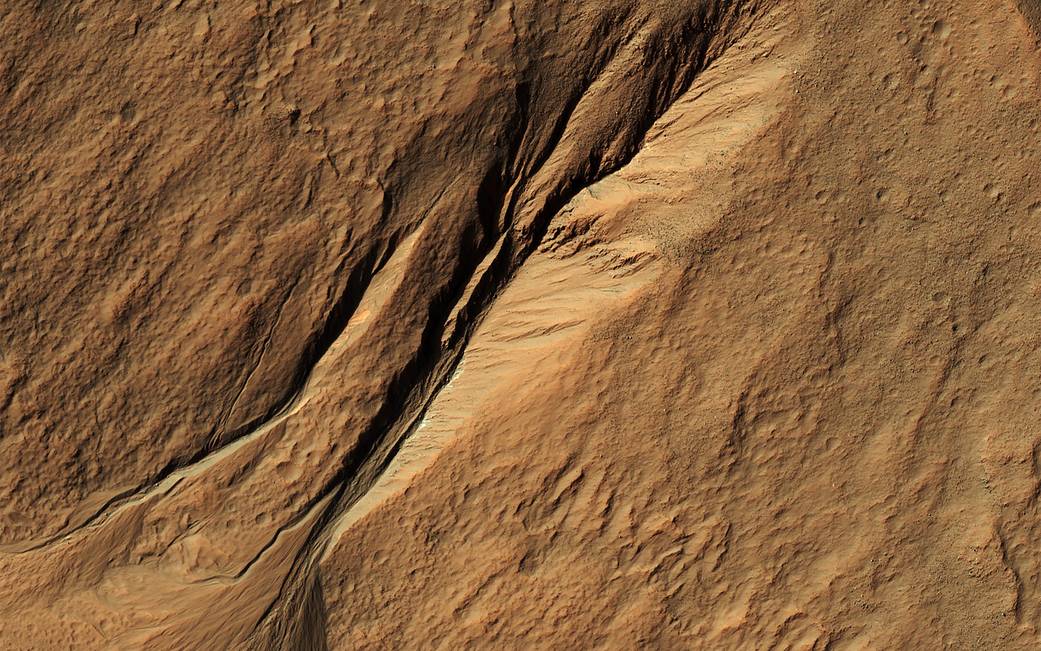 Gullies eroded into the steep inner slope of an impact crater at this location appear perfectly pristine in this image captured by NASA's Mars Reconnaissance Orbiter (MRO). Although at first glance it may appear that there are craters superimposed on the gully fans, inspection of HiRISE stereo coverage shows that the craters lie only on the pre-gully terrain.
Distinctive colors in the gully channels and alcoves offer another indication of youth and recent activity. The pre-gully landscape is covered by secondary craters from nearby Gasa Crater, estimated to be about 1 million years old. Although some have suggested that the Martian gullies are also about a million years old and formed in a different environment, we now know that they are continuing to form today.
The map is projected here at a scale of 50 centimeters (19.7 inches) per pixel. [The original image scale is 50.8 centimeters (20 inches) per pixel (with 2 x 2 binning); objects on the order of 152 centimeters (59.9 inches) across are resolved.] North is up
The University of Arizona, Tucson, operates HiRISE, which was built by Ball Aerospace & Technologies Corp., Boulder, Colo. NASA's Jet Propulsion Laboratory, a division of Caltech in Pasadena, California, manages the Mars Reconnaissance Orbiter Project for NASA's Science Mission Directorate, Washington.
Image credit: NASA/JPL-Caltech/Univ. of Arizona
Editor: Tony Greicius
Publicado por salud equitativa en 10:42