Odds of a Cosmic Bullseye | NASA

Odds of a Cosmic Bullseye 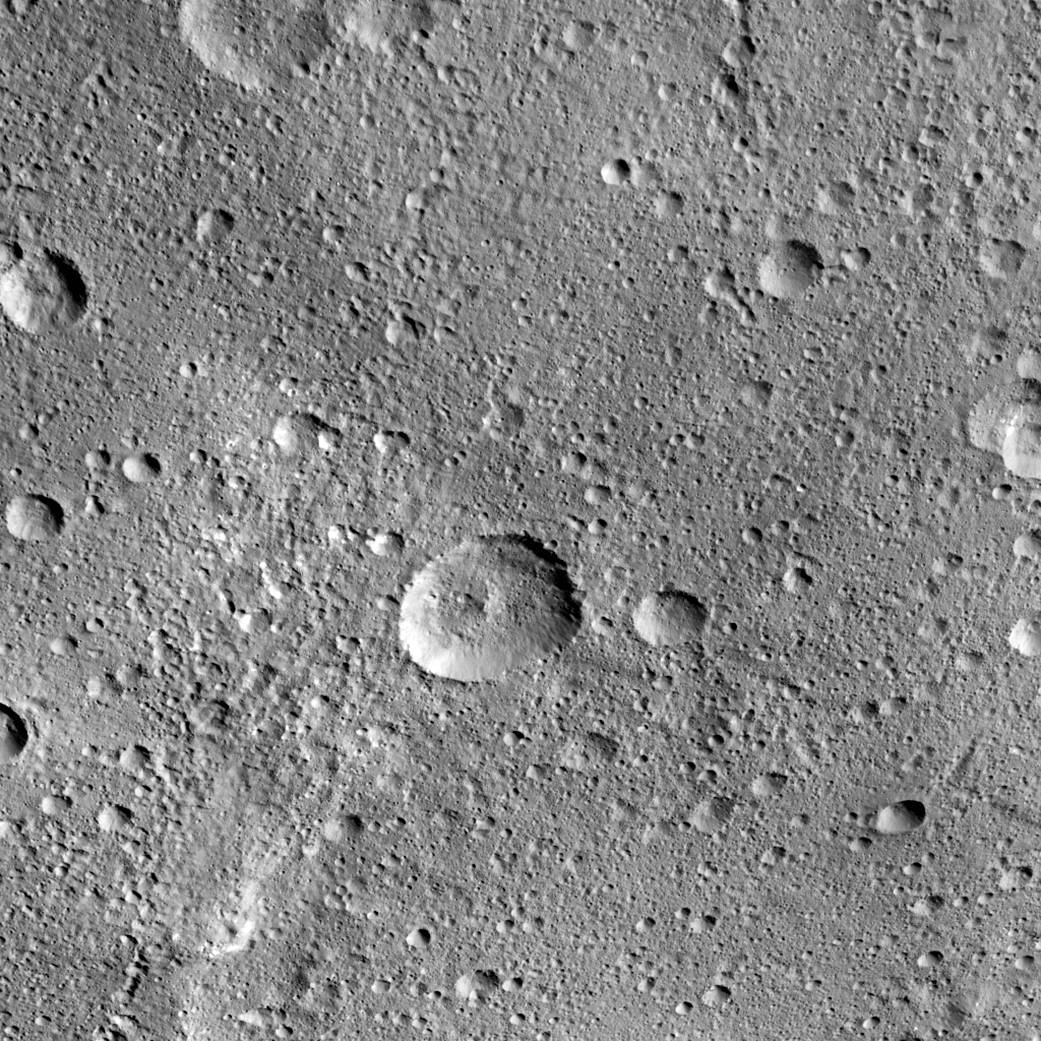 The 16-mile-wide (26-kilometer-wide) crater Insitor is located almost exactly in the center of Kerwan crater (see the "Kerwan" map in PIA20014) on Ceres.
Scientists can compute the chances that a cosmic dart would hit exactly at the bullseye of the largest crater on Ceres by using models of impact frequency as a function of time, combined with the period of time since Kerwan's formation. By counting the number of craters within Kerwan and comparing that number to the distribution of craters on Earth's moon and other bodies, it is possible to derive an approximate time for Kerwan’s formation of between 550 and 750 million years ago. The chance that a crater the size of Insitor would be formed at the center of Kerwan over that period is only one in one hundred.
This image of Ceres was obtained by NASA's Dawn spacecraft on September 23, 2015, from an altitude of about 915 miles (1,470 kilometers). Insitor crater is located at 10.7 degrees south latitude, 124.9 degrees east longitude. The crater gets its name from the Roman agricultural deity in charge of the sowing of crops.
Dawn's mission is managed by JPL for NASA's Science Mission Directorate in Washington. Dawn is a project of the directorate's Discovery Program, managed by NASA's Marshall Space Flight Center in Huntsville, Alabama. UCLA is responsible for overall Dawn mission science. Orbital ATK Inc., in Dulles, Virginia, designed and built the spacecraft. The German Aerospace Center, Max Planck Institute for Solar System Research, Italian Space Agency and Italian National Astrophysical Institute are international partners on the mission team.
For a complete list of Dawn mission participants, visit http://dawn.jpl.nasa.gov/mission.
For more information about the Dawn mission, visit http://dawn.jpl.nasa.gov.
Image Credit: NASA/JPL-Caltech/UCLA/MPS/DLR/IDA
Editor: Tony Greicius
Publicado por salud equitativa en 13:50