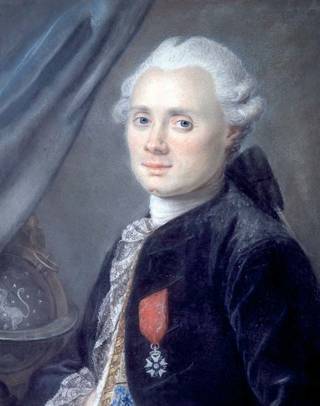 Charles Messier (1730–1817) was a French astronomer best known for his "Catalog of Nebulae and Star Clusters." An avid comet-hunter, Messier compiled a catalog of deep-sky objects in order to help prevent other comet enthusiasts from wasting their time studying objects that were not comets.
Credits: R. Stoyan et al., Atlas of the Messier Objects: Highlights of the Deep Sky (Cambridge University Press, 2008) 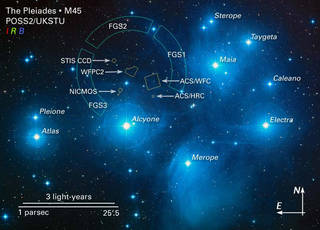 The brilliant stars seen in this ground-based image are members of the open star cluster M45, also known as the Pleiades, or Seven Sisters. The shapes overlaid on the image represent the fields of view of Hubble’s cameras and other science instruments, and provide a scale to Hubble’s very narrow view on the heavens.
Credits: NASA, ESA and AURA/Caltech 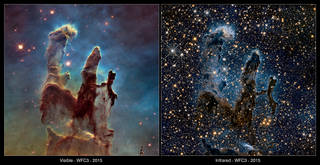