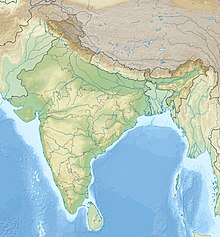 
Rani ki vav, or Ran-ki vav (Queen’s step well) was constructed during the rule of the Solanki dynasty.
It is generally assumed that it was built in the memory of Bhimdev I (AD 1022 to 1063), the son of Mularaja, the founder of the Solanki dynasty of Anahilwada Patan about 1050 AD by his widowed queen Udayamati and probably completed by Udayamati and Karandev I after his death. A reference to Udayamati building the monument is in Prabandha Chintamani, composed by the Jain monk Merunga Suri in 1304 AD.
The stepwell was later flooded by the nearby Saraswati River and silted over until the late 1980s. When it was excavated by theArchaeological Survey of India, the carvings were found in pristine condition. 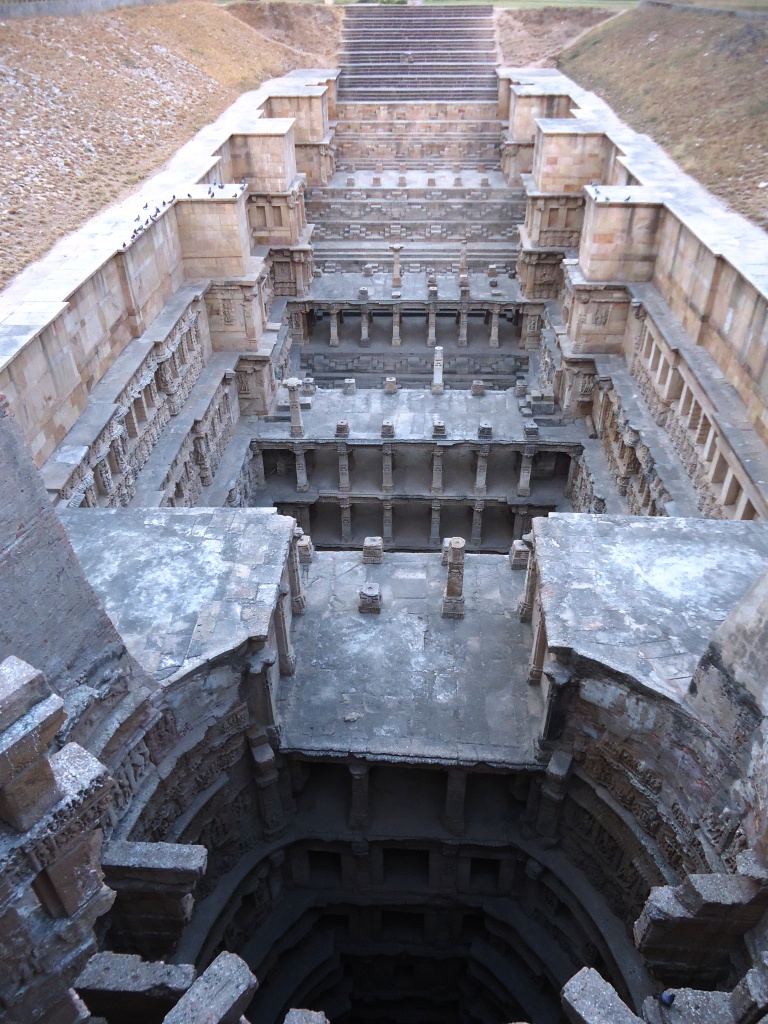 This magnificent east-facing step well measures approximately 64m long, 20m wide & 27m deep. A stepped corridor compartmented at regular intervals pillared multistory pavilions is a unique feature. It was one of the largest and the most sumptuous structures of its type. It became silted up and much of it is not visible now, except for some rows of sculptured panels in the circular part of the well. Among its ruins one pillar still stands which is an excellent example of this period of design. A part only of the west well is extant from which it appears that the wall had been built of brick and faced with stone. From this wall project vertical brackets in pairs, which supported the different galleries of the well shaft proper. The bracketing is arranged in tiers and is richly carved. The minute and exquisite carving of this vav is one of the finest specimens of its kind. Befitting its name, the Rani-Ki-Vav is now considered to be the queen among step wells of India.
There is also a small gate below the last step of the step well, with a 30 kilometre tunnel, currently blocked by stones and mud) which leads to the town of Sidhpur near Patan. It was used as an escape gateway for the king, who built the step well in the times of defeat.

Most of the sculptures are in devotion to Vishnu, in the forms of Dus-Avatars Kalki, Rama, Mahisasurmardini, Narsinh, Vaman, Varahi and others representing their return to the world. Nagkanya, Yogini beautiful women - Apsara showcasing 16 different styles of make-up to look more attractive called Solah-shringar.
Around 50–60 years back there were ayurvedic plants around this area, and the water accumulated in Rani ki vav was considered to be helpful for viral disease, fever etc.
The vavs of Gujarat are not merely sites for collecting water and socializing, but also hold great spiritual significance. Originally, the vavs of Gujarat were constructed quite simply, but became more intricate over the years, perhaps to make explicit the ancient concept of the sanctity of water with the addition of carved stone deities. Thus visitors enter Rani Ki Vav as if it is an inverted temple, where one steps down various levels to the water.
The steps begin at ground level, leading you down through the cool air through several pillared pavilions to reach the deep well below. There are more than 800 elaborate sculptures among seven galleries. The central theme is the Dasavataras, or ten incarnations of Vishnu, includingBuddha. The avatars are accompanied by sadhus, Brahmins, and apsaras (celestial dancers), painting their lips and adorning themselves. At water level you come to a carving of Sheshashayi-Vishnu, in which Vishnu reclines on the thousand-hooded serpent Shesha, where it is said he rests in the infinity between ages.