MercatorNet: Murder and intrigue at the seaside [ONLY FOR THOUGHT - NEW SECTION OF LOST IDEAS] while adding value

MercatorNet: Murder and intrigue at the seaside

Murder and intrigue at the seaside

MercatorNet readers reveal their favourite crime reads for the beach. 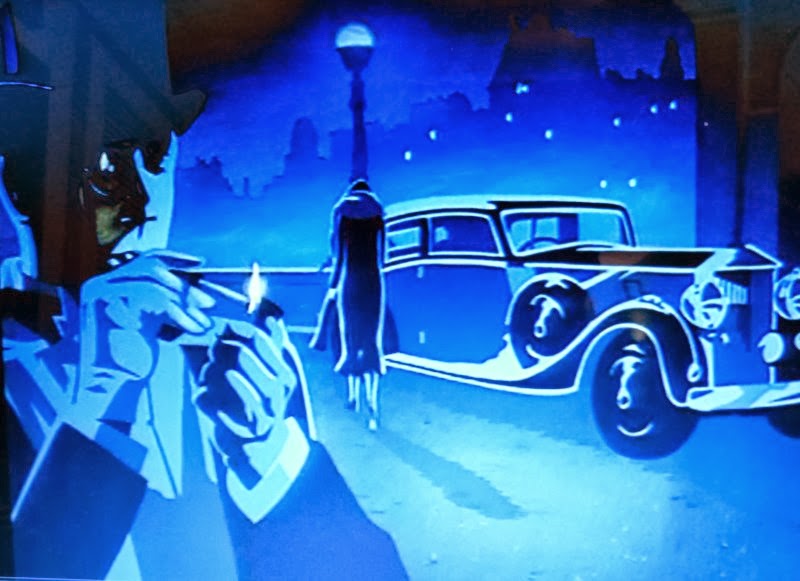 From the TV series of Lord Peter Wimsey and Harriet Vane novels by Dorothy Sayers
A week or so ago we invited readers to suggest beach books of the mystery-thriller variety that those in the happy position of going on holiday could take with them. Here is our selection --  and a very interesting collection they are. Dorothy Sayers got the most mentions and Agatha Christie came second. Thanks very much to all who participated and we look forward to comments and further suggestions.

But first, the editors’ picks:

Carolyn Moynihan: Not having read a thriller since Baroness Orczy’s The Scarlet Pimpernell in Form 4 (though more recently a fan of Poirot and Miss Marple BritishTV series) I threw prejudice to the winds last year and downloaded The Dante Club , by Matthew Pearl, a NY Times bestseller -- and (honestly) only because it involved Dante and US history. Set in 19th century Boston, the literary and historical references intersect to create a complex plot that goes off in bewildering directions. And there are some gruesome murders. But it is a very clever piece of work in which academic rivalry, religion, race relations, the aftermath of the Civil War all feature through the lens of the author's imagination. Maybe more of a fireside book than a beach book.

Michael Cook: Farewell, My Lovely, by Raymond Chandler. Chandler's theory of detective novels was: "the formula doesn't matter, the thing that counts is what you do with the formula; that is to say, it is a matter of style." And that's why I loved this book. It has a conventional film noir plot and comic book characters. But the hard-boiled, self-conscious cyncisim of the narrator, detective Philip Marlowe, is terrific:  "I needed a drink, I needed a lot of life insurance, I needed a vacation, I needed a home in the country. What I had was a coat, a hat and a gun. I put them on and went out of the room." Sometimes the prose becomes almost surrealistic: "A wedge of sunlight slipped over the edge of the desk and fell noiselessly to the carpet." There's nothing particularly morally uplifting or philosophically intriguing about the book, just beautiful sentences. Lots of them.

The Eagle Has Landed, by Jack Higgins. This is a ripping yarn from one of the masters of the thriller genre. At the height of World War II, German commandos and spies infiltrate a village in northern England where Winston Churchill is supposed to be taking a secret holiday. They intend to capture him and whisk him away to Germany. In this novel, the members of the German unit are the noble heroes; the US troops stationed nearby the bumbling idiots who attack in overwhelming strength -- and get whupped. A great final scene. Published in 1975, the book was made into an equally enjoyable film. (Presley O’Bannon, Florida)

Whose Body, by Dorothy Sayers. Introducing the debonair and brilliant detective - Lord Peter Wimsey - who in my humble estimation is the greatest detective since Sherlock Holmes. (LP, Delaware, USA)

The Nine Tailors, by Dorothy Sayers. Like all of Sayers' detective novels, there is a Jane Austen-like development of character and setting that is as satisfying as the detective puzzle's solution through affirmation of true justice, natural order and human choice. It is a marvellous depiction of English life in the 1930s and of the now-vanished art of change-ringing. (Ruth Lasseter, Indiana USA)

The Secret Cardinal, by Tom Grace. If you enjoyed the fast pace and edge-of-your-seat thrills of Grace's Spyder Web novels, this one will not disappoint. The high tech gadgetry is great fun, and the escape across the Himalayas is one of the most improbable and delightful episodes in modern spy fiction. (Elizabeth Dunning, Ontario, Canada)

Evil Under the Sun, by Agatha Christie. It's a classic and an ideal book for summer holiday reading as the novel is also set in the summer holiday season in a hotel resort on the coast. It is one of the best Hercule Poirot stories, where the unmasking of the murderer will leave every reader quite astonished. (Benjamin Simko, Slovakia)

Graeme from New Zealand adds: Any Agatha Christie novel featuring Poirot or Miss Marple gets my vote. The convolutions of plot and mystery lead us on but remain logical and reasonable when finally exposed to the light of day. There is a continuing puzzle which the reader cannot help but try to solve with every turn of the page. In the end, justice prevails.

Two Brothers, by Ben Elton. A thrilling story of "twin" brothers in Nazi Germany, who share everything except their blood, which will make a huge difference, since they are raised in a Jewish family. (Monica Bocan, Luxemburg)

Odd Thomas (series), by Dean Koontz. Koontz writes from a Catholic perspective and Odd Thomas is one of the most intriguing characters he has written. Odd (for that is his first name) encounters evil and the ghosts of Elvis and Alfred Hitchcock (among others) in ways that are as intriguing those in which he overcomes the evil. (Thomas A. Szyszkiewicz, USA)

Fieldwork, by Mischa Berlinski. Just fascinating. You know who committed the crime, but not why, and as the narrator investigates and discovers more about the characters involved you're treated to fascinating views of very different cultures and people. All the characters are fully drawn, three dimensional, and realistic. A completely captivating story. (Sara, California)

Brother Cadfael (series), by Ellis Peters. Cadfael is a twelfth century Benedictine monk in England. He is the abbey herbalist and often uses this type of knowledge to solve murders. The stories are engaging and provide a window into the monastic life as well, although Cadfael's theology is occasionally a little "relaxed". (Rachel, Canada)

A Land More Kind Than Home, by Wiley Cash. This is an  incredibly suspenseful story with a terrifying villain, a unique setting (1980s Appalachia), and speaks to spiritual themes. (Mike Miller, US Embassy in Kuwait)

A Murder of Quality, by John LeCarre. Class warfare, moral decay and a tightly-wrapped mystery in a second-rate English public school. Very early LeCarre but still amongst his very best. Short, realistic and without the outlandish paranoid conspiracies characterizing his most recent offerings.

Call For The Dead, in which George Smiley receives a letter from a dead -- allegedly by suicide -- "civil servant" spy, and is "taken off the case" by head office seeking to scapegoat the dead man... You know the story. Smiley isn't buying it, and his inquiries lead to a high-tension finale with East German spooks in a darkened movie theatre and on a foggy bridge. LeCarre's first (1961) book, still in print through 114 editions. Brilliant cold-war evocation; "all killer, no filler"; unlike, sadly, LeCarre's more recent work. Essential introduction to Smiley. (Charles, Ontario)

The Mother Hunt, by Rex Stout. The usual blend of humour, logic, suspense and atmosphere which marks all of Rex Stout's Nero Wolfe novels, plus a fascinating family affair. (Chiara, Italy)

The Death of Rafael, by Adriana Renescu. This brilliantly written and intriguing novel is the story surrounding the death of a woman's infant brother during the holocaust, and it masterfully alternates between the past and present. There are many twists and turns in the plot as well as some surprises that will cause the reader to not be able to put this novel down. (David House, California)

Also by Adriana Renescu: The Wolves of Pavlava: "Mother Ierusalmina is dead!" Thus opens a story of the complex events surrounding the death in 1960 of a devout nun cloistered in the remote Romanian monastery of Pavlava and the subsequent case for her possible canonization nearly 30 years later at the end of the brutal Ceausescu era. Deeply evocative of the eastern European communist era, the reader follows Captain Pavel Corbu of the Security Forces and Fr Ballendaine of the Vatican as they search for the elusive truths of both the past and the present. (David House, California)

Coyote Waits, by Tony Hillerman. A vivid depiction of evil in our time and in academia. Set in the American Southwest, this story offers the satisfaction of the natural order restored -- through "Beauty" (the Tao) rather than an explicitly Christian sense of morality and justice. All of Hillerman's detective novels are very good reads; this is my favourite. (Ruth D. Lasseter, USA)

The Daughter of Time, by Josephine Tey. This is an historical whodunit – who really killed the little princes in the tower? -- very well written and researched, and relevant to us now, since the mortal remains of England's Richard III were located and reinterred in 2015 -- after six hundred years! This is the best of Josephine Tey's already good series that were the great-reads of the 1950s, but still delightful. (Ruth D. Lasseter, USA)

The Waters of Eternal Youth, by Donna Leon. Stable and civil - the kind of crime series (26-strong) you feel cleansed for having read.  Commissario Guido Brunetti investigates a cold case whose trail leads into the Venetian aristocracy. Rich in relationships and cultural allusions, the novel portrays a community shocked by violent crimes, not an overworked hero in a world gone mad. (Harley Sims, Ottawa, Canada)

As Chimney Sweepers Come to Dust, by Alan Bradley. A unique protagonist, silly to hear but delightful to experience – 12-year-old (post WWII) Flavia de Luce combines the innocent charm of Nancy Drew with the suffer-no-fools savvy of Jane Eyre. Flavia is “banished” to a boarding school in Toronto after her antics in the previous novel, and soon discovers a murder, symbolic and long hidden. The killer is someone she knows, but not everyone (indeed, no-one) is who they appear to be. (Harley Sims, Ottawa, Canada)

Will there be enough work? That’s the basic question facing developed economies with flat growth as employment shifts from agriculture and manufacturing to services. It appears that there might not be jobs for the uneducated and unskilled.


One response to this is the idea of a universal basic income: the government gives everyone, rich and poor alike, a monthly stipend just for showing up for lunch. As a solution for unemployment, it has pedigree. Back in 1516 Thomas More mooted it inUtopia. One of his characters observes: "Instead of i[hanging thieves by the dozen], it would be far more to the point to provide everyone with some means of livelihood, so that nobody’s under the frightful necessity of becoming, first a thief, and then a corpse."
One American journalist has called the UBI the “world’s simplest plan to end poverty” and the idea is gaining traction in the media. Finland is considering it. However, Swiss voters rejected it overwhelmingly in a referendum earlier this month. In our lead story today, Alejo Sison argues that a key question is missing from the debate: the dignity of work.