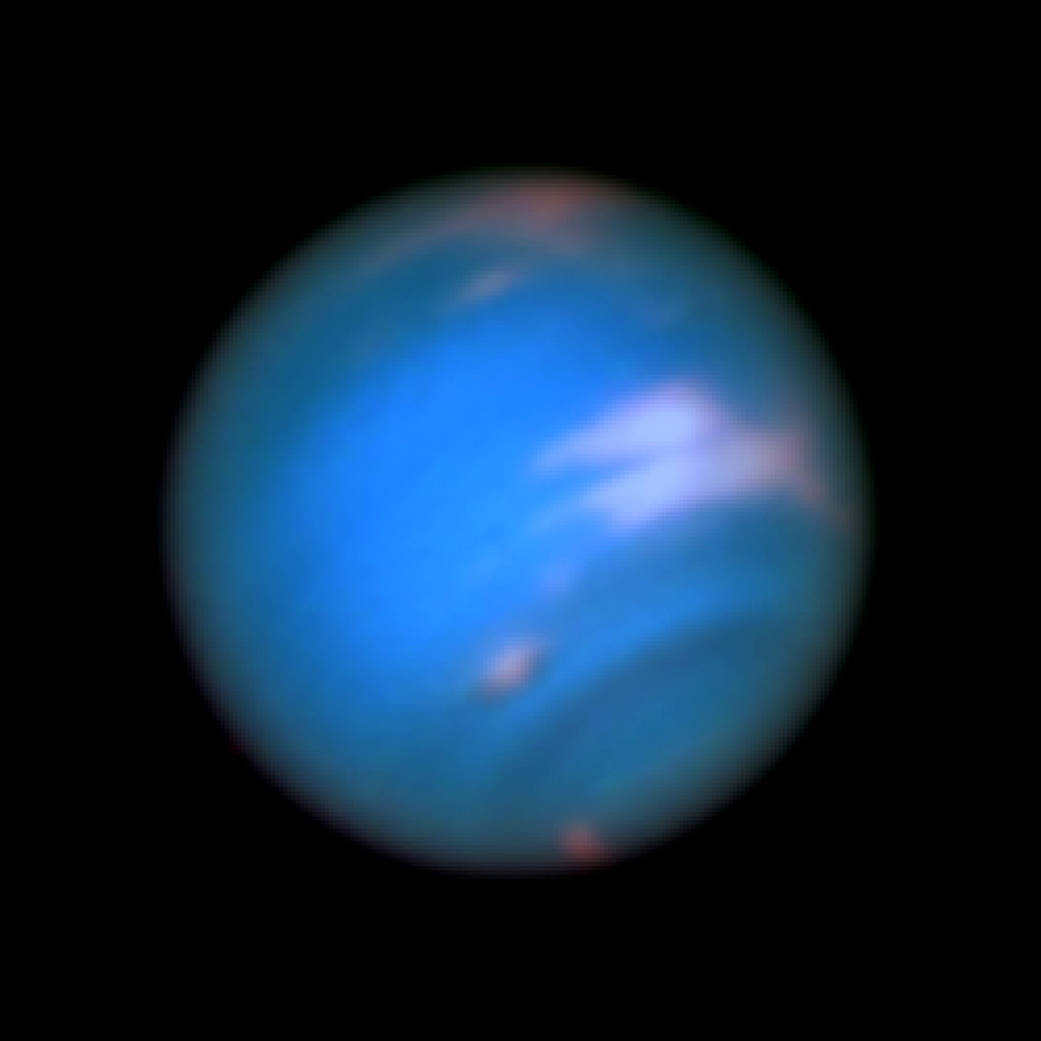 New images obtained on May 16, 2016, by NASA's Hubble Space Telescope confirm the presence of a dark vortex in the atmosphere of Neptune. This full visible-light image shows that the dark feature resides near and below a patch of bright clouds in the planet's southern hemisphere. Though similar features were seen during the Voyager 2 flyby of Neptune in 1989 and by the Hubble Space Telescope in 1994, this vortex is the first one observed on Neptune in the 21st century.
Neptune's dark vortices are high-pressure systems and are usually accompanied by bright "companion clouds," which are also now visible on the distant planet. The bright clouds form when the flow of ambient air is perturbed and diverted upward over the dark vortex, causing gases to likely freeze into methane ice crystals.
Full news release and annotated images: Hubble Imagery Confirms New Dark Spot on Neptune
Image Credit: NASA, ESA, and M.H. Wong and J. Tollefson (UC Berkeley)
Editor: Sarah Loff