Finds Mars Has a

Mars has an invisible magnetic “tail” that is twisted by interaction with the solar wind, according to new research using data from NASA’s MAVEN spacecraft.
NASA’s Mars Atmosphere and Volatile Evolution Mission (MAVEN) spacecraft is in orbit around Mars gathering data on how the Red Planet lost much of its atmosphere and water, transforming from a world that could have supported life billions of years ago into a cold and inhospitable place today. The process that creates the twisted tail could also allow some of Mars’ already thin atmosphere to escape to space, according to the research team.
“We found that Mars’ magnetic tail, or magnetotail, is unique in the solar system,” said Gina DiBraccio of NASA’s Goddard Space Flight Center in Greenbelt, Maryland. “It’s not like the magnetotail found at Venus, a planet with no magnetic field of its own, nor is it like Earth’s, which is surrounded by its own internally generated magnetic field. Instead, it is a hybrid between the two.” DiBraccio is project scientist for MAVEN and is presenting this research at a press briefingThursday, Oct. 19 at 12:15pm MDT during the 49th annual meeting of the American Astronomical Society’s Division for Planetary Sciences in Provo, Utah.
The team found that a process called “magnetic reconnection” must have a big role in creating the Martian magnetotail because, if reconnection were occurring, it would put the twist in the tail. 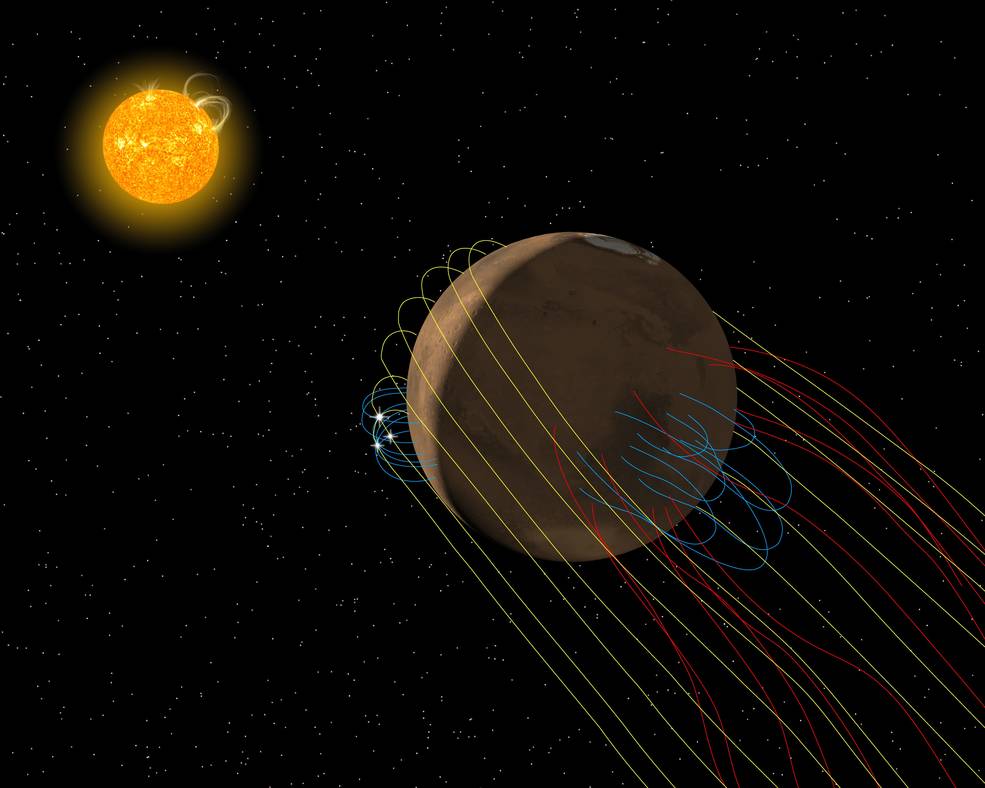