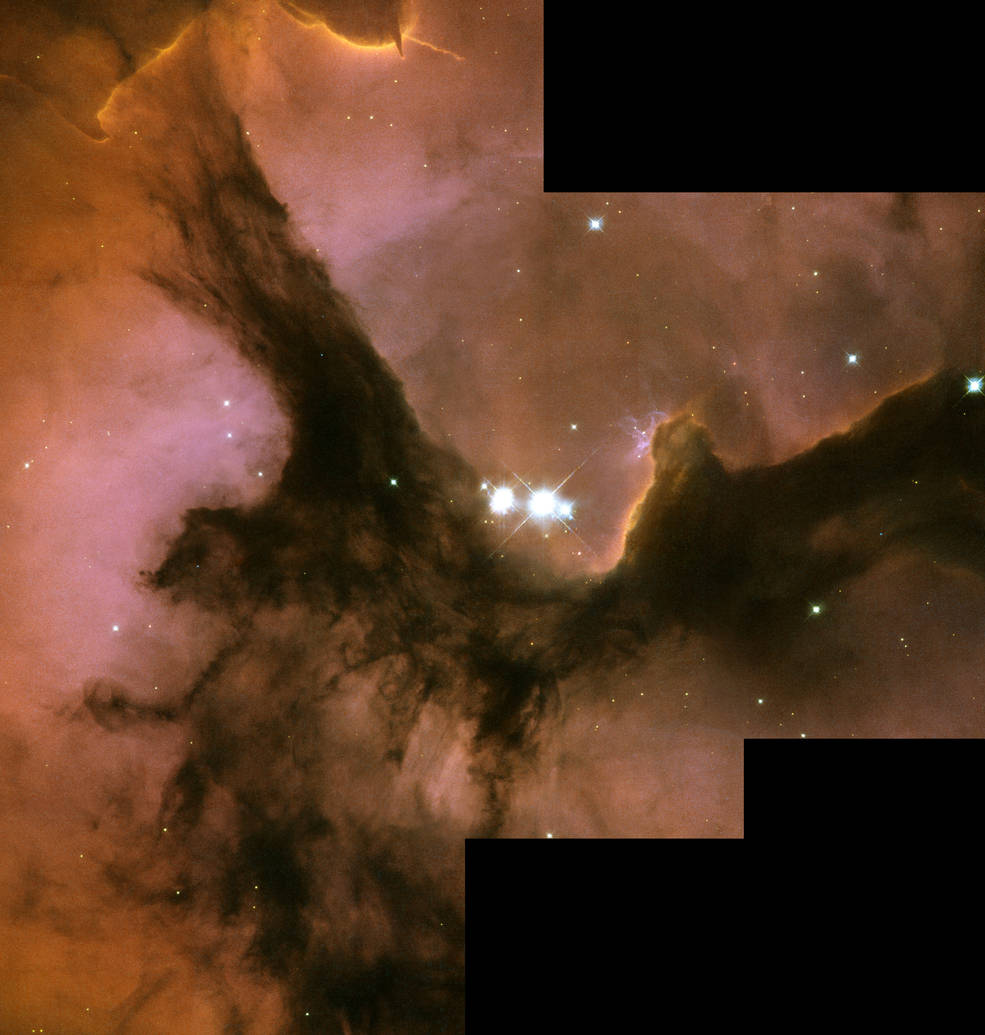 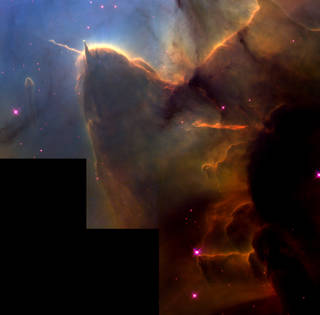 This Hubble image reveals a star-forming cloud of gas and dust in M20 being torn apart by radiation from a massive nearby star, just beyond the top of the frame. Two thin, finger-like jets protrude from the head of a dense cloud in the upper left of the image, which might be forming new stars at their tips. The jets, each roughly three-quarters of a light-year long, are being eroded by the radiation from the massive star. The red in this image represents hydrogen and sulfur, while green represents oxygen.
Credits: NASA/ESA and Jeff Hester (Arizona State University)
Discovered by Charles Messier in 1764, M20 is a star-forming nebula located 9,000 light-years away from Earth in the constellation Sagittarius. Also known as the Trifid Nebula, M20 has an apparent magnitude of 6.3 and can be spotted with a small telescope. It is best observed during August.
This eerie Hubble image features the center of the Trifid Nebula and the three wing-like bands of thick dust for which the nebula was named. A group of recently formed, massive, bright stars toward the center of the nebula is easily visible. These stars are releasing a flood of ultraviolet radiation that dramatically influences the structure and evolution of the surrounding nebula. Star formation is no longer occurring in the immediate vicinity of this group of bright stars because their intense radiation has blown away the gas and dust from which new stars are made.
The image’s stair-step appearance results from the design of the camera used to take the exposures. The camera consisted of four light detectors, one of which provided a higher resolution but had a smaller field of view than the other three. Because the detector with the higher resolution did not cover as much area as the others, black regions were left when the images from all four detectors were combined into one picture.
This Hubble image of M20 has been colorized to indicate the presence of oxygen, sulfur and hydrogen.
The video zooms into Hubble’s image of the heart of the Trifid Nebula. The zoom starts by looking at the Sagittarius constellation in the night sky and dissolves into the Lagoon Nebula. The video then goes deeper into the sky to show the Trifid Nebula, with the star birth region appearing as the final spectacular image.
Credits: NASA, Z. Levay and L. Barranger (STScI)
For more information about Hubble’s observations of M20, see:
http://hubblesite.org/news_release/news/2004-17
http://hubblesite.org/news_release/news/1999-42 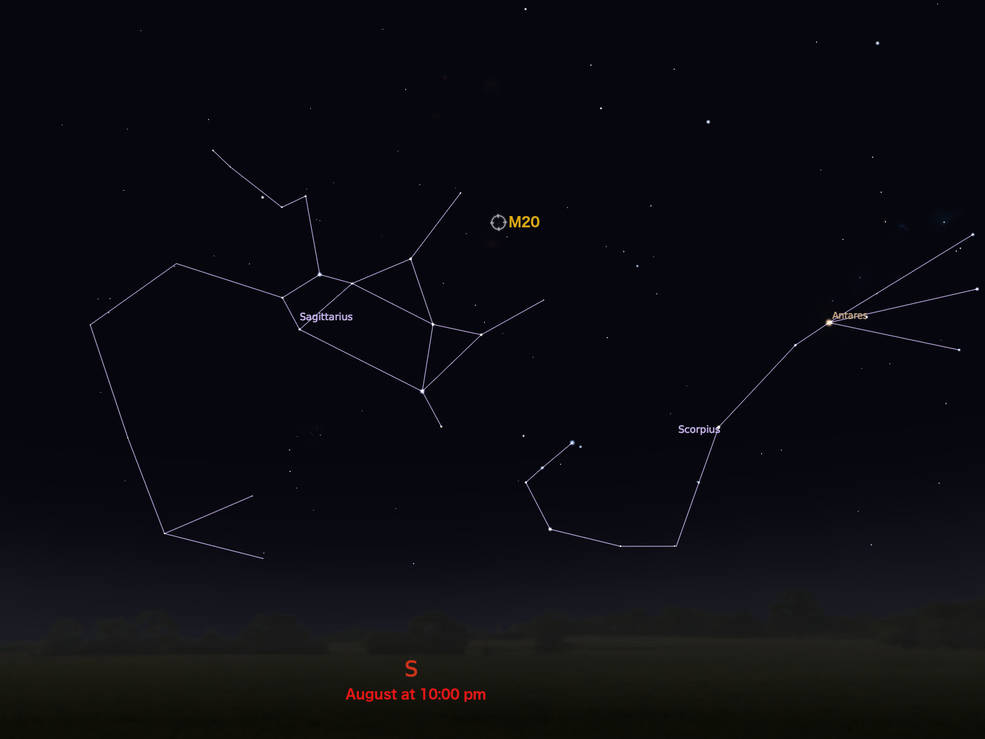 This star chart for M20 represents the view from mid-northern latitudes for the given month and time.
Credits: Image courtesy of Stellarium
Editor: Rob Garner
Publicado por salud equitativa en 7:56