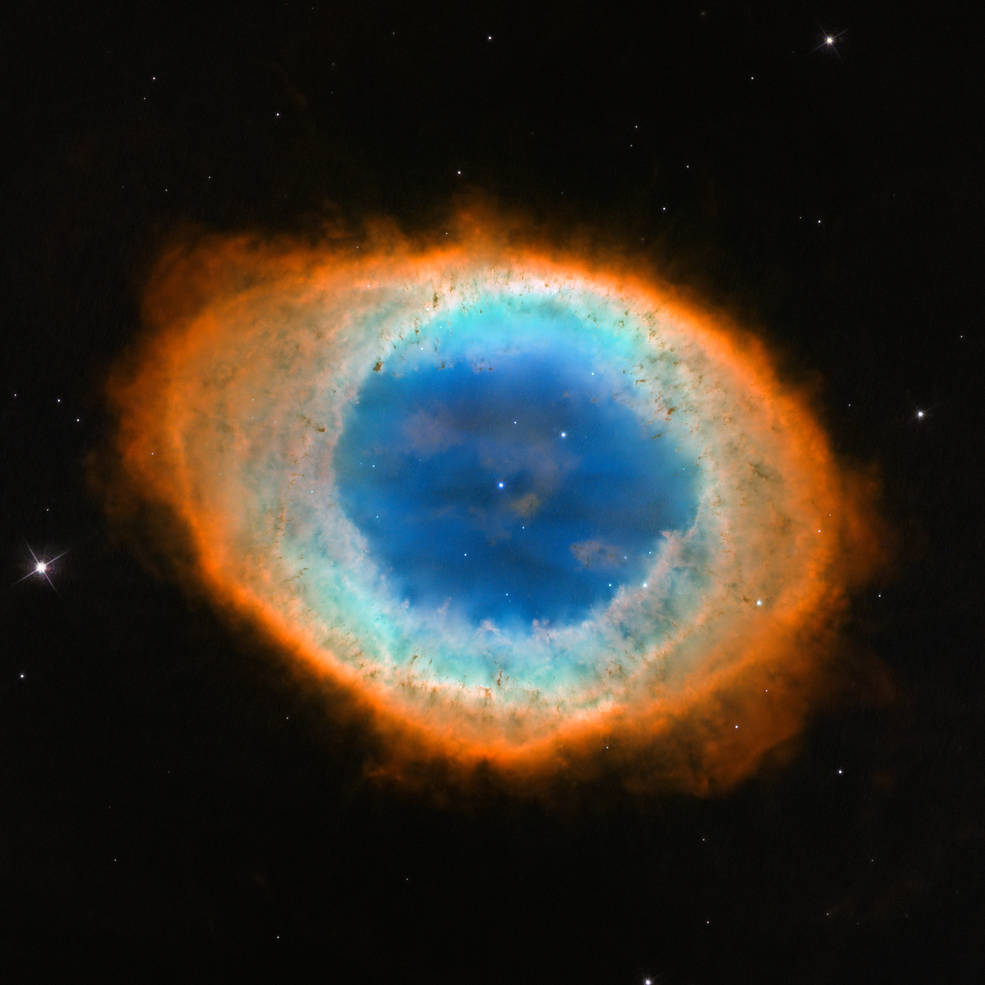 Credits: NASA, ESA and the Hubble Heritage (STScI/AURA)-ESA/Hubble Collaboration
M57, or the Ring Nebula, is a planetary nebula, the glowing remains of a sun-like star. The tiny white dot in the center of the nebula is the star’s hot core, called a white dwarf. M57 is about 2,000 light-years away in the constellation Lyra, and is best observed during August. Discovered by the French astronomer Antoine Darquier de Pellepoix in 1779, the Ring Nebula has an apparent magnitude of 8.8 and can be spotted with moderately sized telescopes.
M57 is tilted toward Earth so that astronomers see the ring face-on. This gorgeous, high-resolution Hubble image helped astronomers determine that the nebula’s shape is more complicated than initially thought. The blue gas in the nebula’s center is actually a football-shaped structure seen end-on that pierces the red, doughnut-shaped material. The inner rim of the ring displays an intricate structure of dark, irregular knots of dense gas that the stellar winds have not yet been able to blow away. The knots and their tails look like spokes in a bicycle.
This image of M57 has been colorized to illustrate the nebula’s chemical composition. The deep blue color in the center represents helium, the light blue color of the inner ring is the glow of hydrogen and oxygen, and the reddish color of the outer ring is from nitrogen and sulfur.
This video begins with a ground-based view of the constellation Lyra and zooms into Hubble’s image of the Ring Nebula. It ends with a 3-D model that showcases the structure of the nebula.
Credits: NASA, ESA, and G. Bacon, F. Summers and Mary Estacion (STScI)
For more information on Hubble’s observations of M57, see:
http://hubblesite.org/news_release/news/2013-13
http://hubblesite.org/news_release/news/1999-01 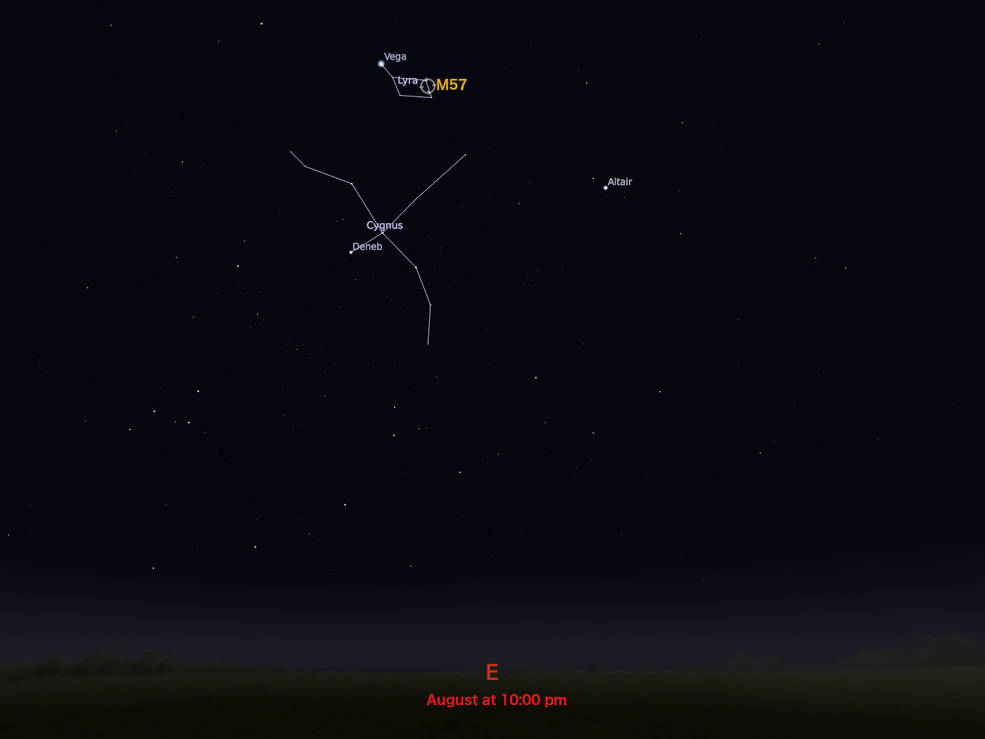 This star chart for M57 represents the view from mid-northern latitudes for the given month and time.
Credits: Image courtesy of Stellarium
Editor: Rob Garner
Publicado por salud equitativa en 8:08