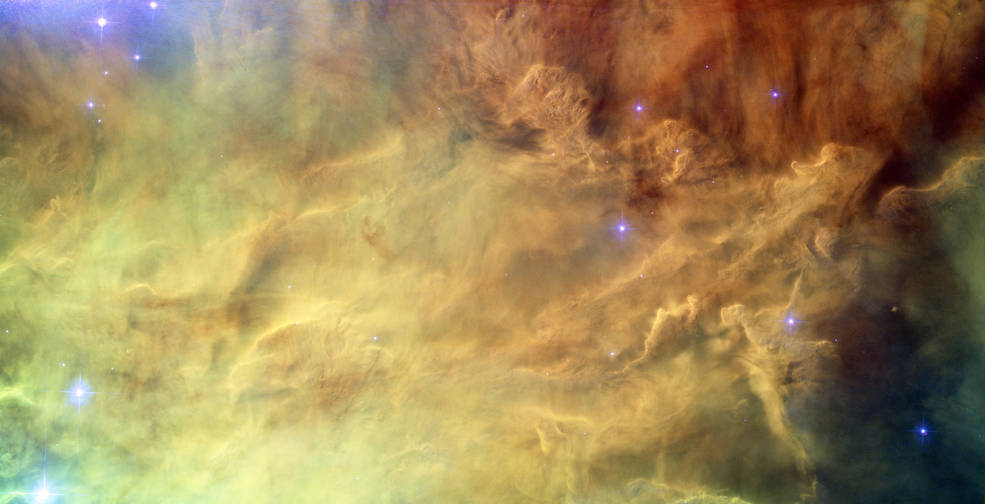 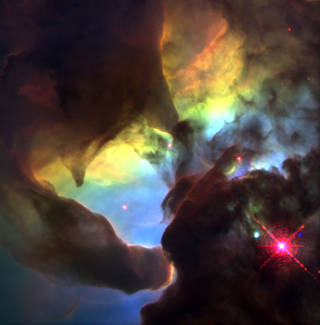 This stunning Hubble image maps the chemical elements in a small region of the Lagoon Nebula known as the Hourglass. Blue represents oxygen, green represents hydrogen and red stands for sulfur. Each of the eerie, tornado-like funnels toward the center of the image is roughly one-half light-year long and both appear to be twisting. The bright star at the bottom right of the image is Herschel 36.
Credits: A. Caulet (ST-ECF, ESA) and NASA
Commonly known as the Lagoon Nebula, M8 was discovered in 1654 by the Italian astronomer Giovanni Battista Hodierna, who, like Charles Messier, sought to catalog nebulous objects in the night sky so they would not be mistaken for comets. This star-forming cloud of interstellar gas is located in the constellation Sagittarius and its apparent magnitude of 6 makes it faintly visible to the naked eye in dark skies. The best time to observe M8 is during August.
Located 5,200 light-years from Earth, M8 is home to its own star cluster: NGC 6530 (not visible in the image above). The massive stars embedded within the nebula give off enormous amounts of ultraviolet radiation, ionizing the gas and causing it to shine.
In Hubble’s image of the center of the Lagoon Nebula, dust masks most of the objects within. This image maps the emission from the nebula’s ionized gas. Hydrogen is colored red and nitrogen is green. The blue-white flare at the upper left of the image is scattered light from a bright star just outside the field of view. 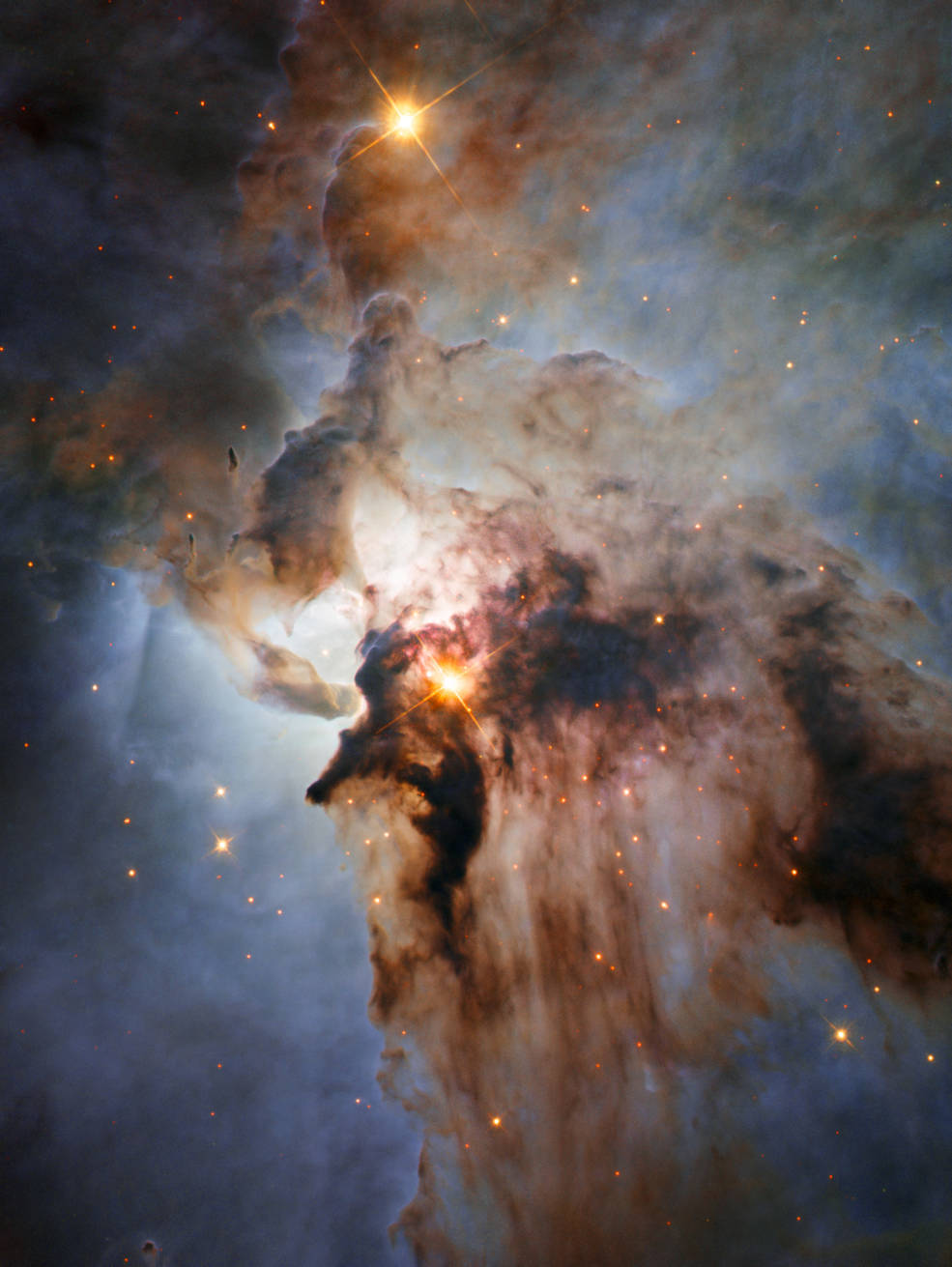 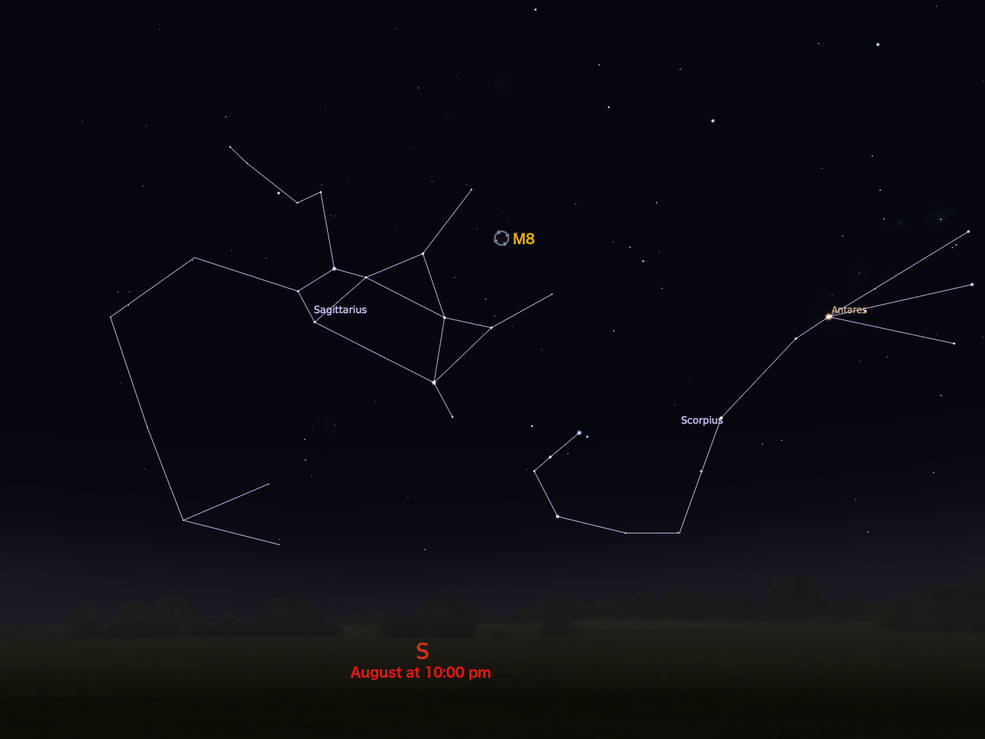 This star chart for M8 represents the view from mid-northern latitudes for the given month and time.
Credits: Image courtesy of Stellarium
Editor: Rob Garner
Publicado por salud equitativa en 15:42