Captured in the Center

of the Milky Way 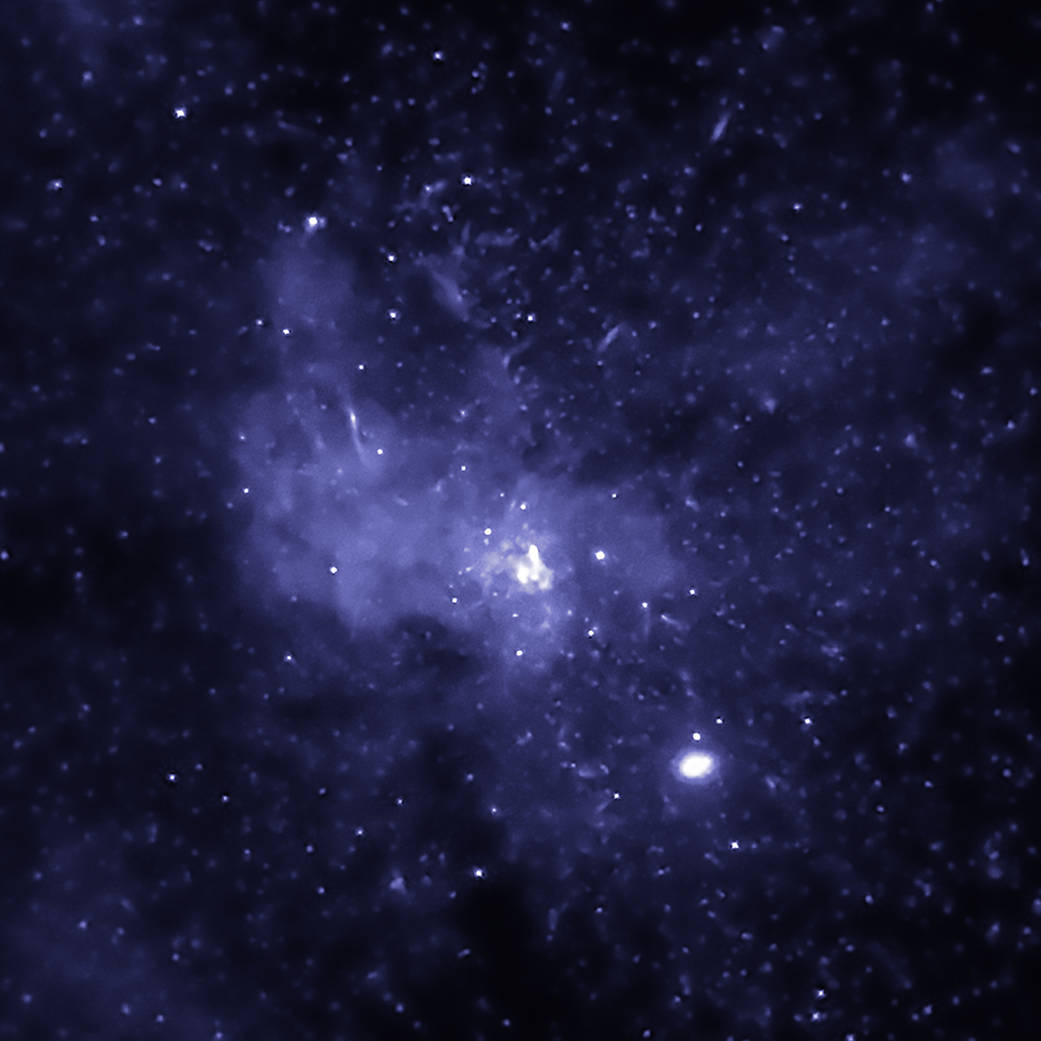 Astronomers have discovered evidence for thousands of black holes located near the center of our Milky Way galaxy using data from NASA's Chandra X-ray Observatory.
This black hole bounty consists of stellar-mass black holes, which typically weigh between five to 30 times the mass of our Sun. These newly identified black holes were found within three light years — a relatively short distance on cosmic scales — of the supermassive black hole at our Galaxy's center known as Sagittarius A* (Sgr A*).
Theoretical studies of the dynamics of stars in galaxies have indicated that a large population of stellar mass black holes — as many as 20,000 — could drift inward over the eons and collect around Sgr A*. This recent analysis using Chandra data is the first observational evidence for such a black hole bounty.
A black hole by itself is invisible. However, a black hole — or neutron star — locked in close orbit with a star will pull gas from its companion (astronomers call these systems "X-ray binaries"). This material falls into a disk and heats up to millions of degrees and produces X-rays before disappearing into the black hole. Some of these X-ray binaries appear as point-like sources in the Chandra image.
Image Credit: NASA/Chandra X-Ray Observatory
Editor: Yvette Smith
Publicado por salud equitativa en 10:19