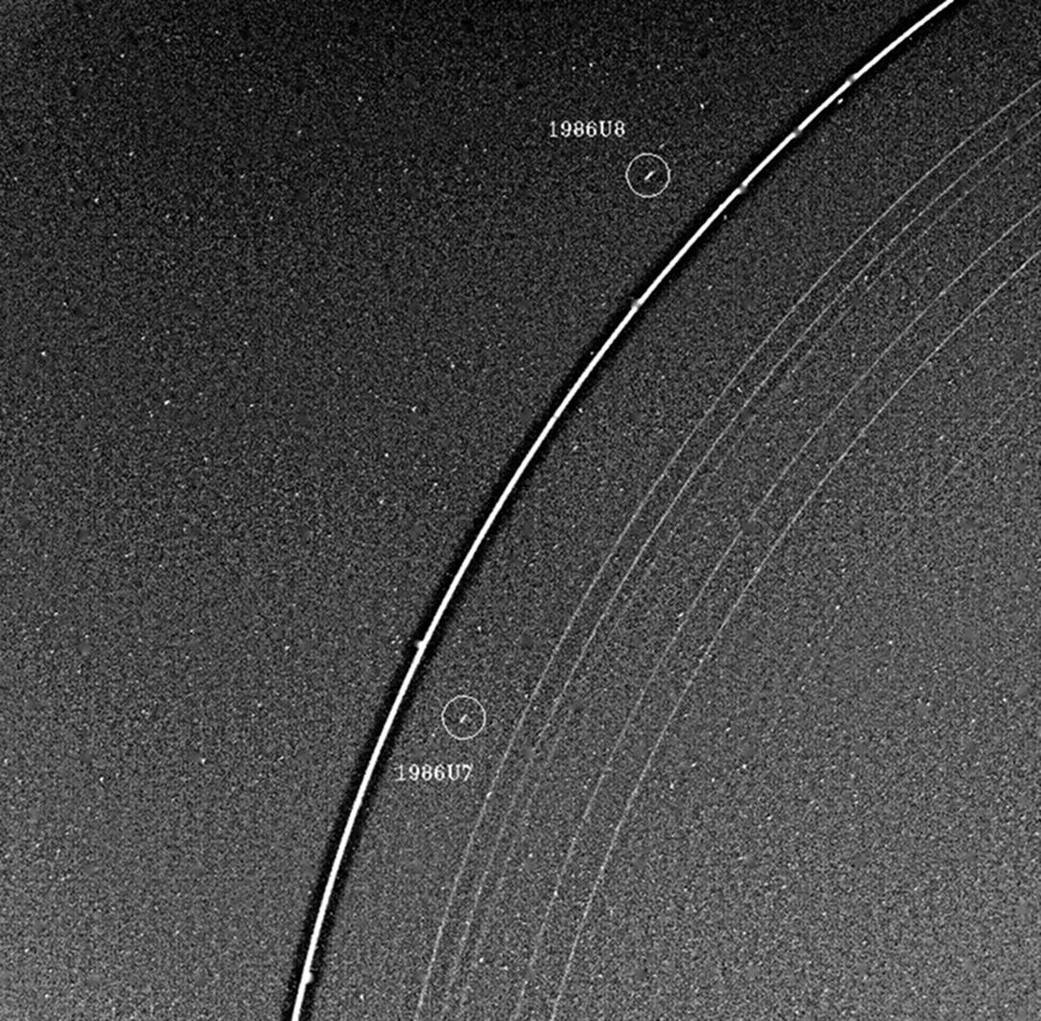 Voyager 2 has discovered two "shepherd" satellites associated with the rings of Uranus. The two moons - designated 1986U7 and 1986U8 - are seen here on either side of the bright epsilon ring; all nine of the known Uranian rings are visible. The image was taken Jan. 21, 1986, at a distance of 4.1 million kilometers (2.5 million miles) and resolution of about 36 km (22 mi). The image was processed to enhance narrow features. The epsilon ring appears surrounded by a dark halo as a result of this processing; occasional blips seen on the ring are also artifacts. Lying inward from the epsilon ring are the delta, gamma and eta rings; then the beta and alpha rings; and finally the barely visible 4, 5 and 6 rings. The rings have been studied since their discovery in 1977, through observations of how they diminish the light of stars they pass in front of. This image is the first direct observation of all nine rings in reflected sunlight. They range in width from about 100 km (60 mi) at the widest part of the epsilon ring to only a few kilometers for most of the others. The discovery of the two ring moons 1986U7 and 1986U8 is a major advance in our understanding of the structure of the Uranian rings and is in good agreement with theoretical predictions of how these narrow rings are kept from spreading out. Based on likely surface brightness properties, the moons are of roughly 2O- and 3O-km diameter, respectively. The Voyager project is managed for NASA by the Jet Propulsion Laboratory. Image credit: NASA/JPL
Editor: NASA Content Administrator
Publicado por salud equitativa en 12:05