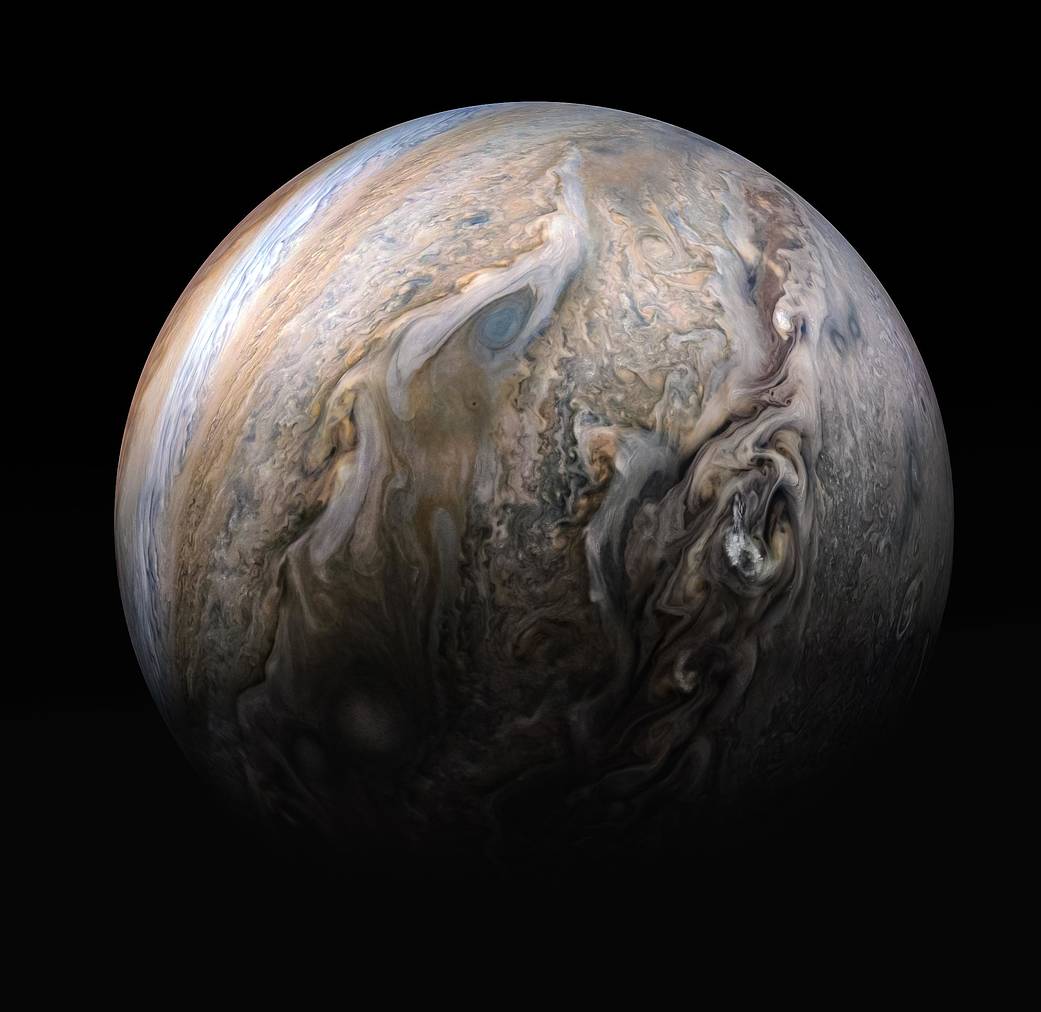 This stunning image of Jupiter's stormy northern hemisphere was captured by NASA's Juno spacecraft as it performed a close pass of the gas giant planet. Some bright-white clouds can be seen popping up to high altitudes on the right side of Jupiter's disk.Juno took the four images used to produce this color-enhanced view on May 29, 2019, between 3:52 a.m. EDT and 4:03 a.m. EDT, as the spacecraft performed its 20th science pass of Jupiter. At the time the images were taken, the spacecraft was between 11,600 miles (18,600 kilometers) and 5,400 miles (8,600 kilometers) above Jupiter's cloud tops, above a northern latitude spanning from about 59 to 34 degrees.
Citizen scientist Kevin M. Gill created this image using data from the spacecraft's JunoCam imager. JunoCam's raw images are available for the public to peruse and process into image products at: https://missionjuno.swri.edu/junocam/processing
Image Credit: NASA/JPL-Caltech/SwRI/MSSS/Kevin M. Gill
Editor: Yvette Smith
Publicado por salud equitativa en 14:47