The vortex mask shown at left is made out of synthetic diamond. The mask is 0.4 inches (1 centimeter) in diameter and .01 inches (0.3 millimeters) thick. The vortex's engraved pattern of grooves is very similar to a compact disk, making it look like a miniature version of a CD. The image at right zooms into the mask's center with a scanning electron microscope. This view reveals the microstructure of the mask, highlighting its concentric grooves, which have a thickness about a hundred times smaller than that of a human hair.
Credits: University of Liège/Uppsala University 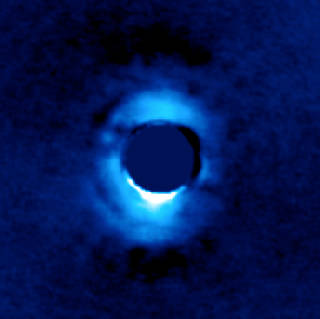 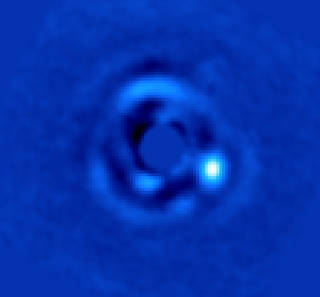