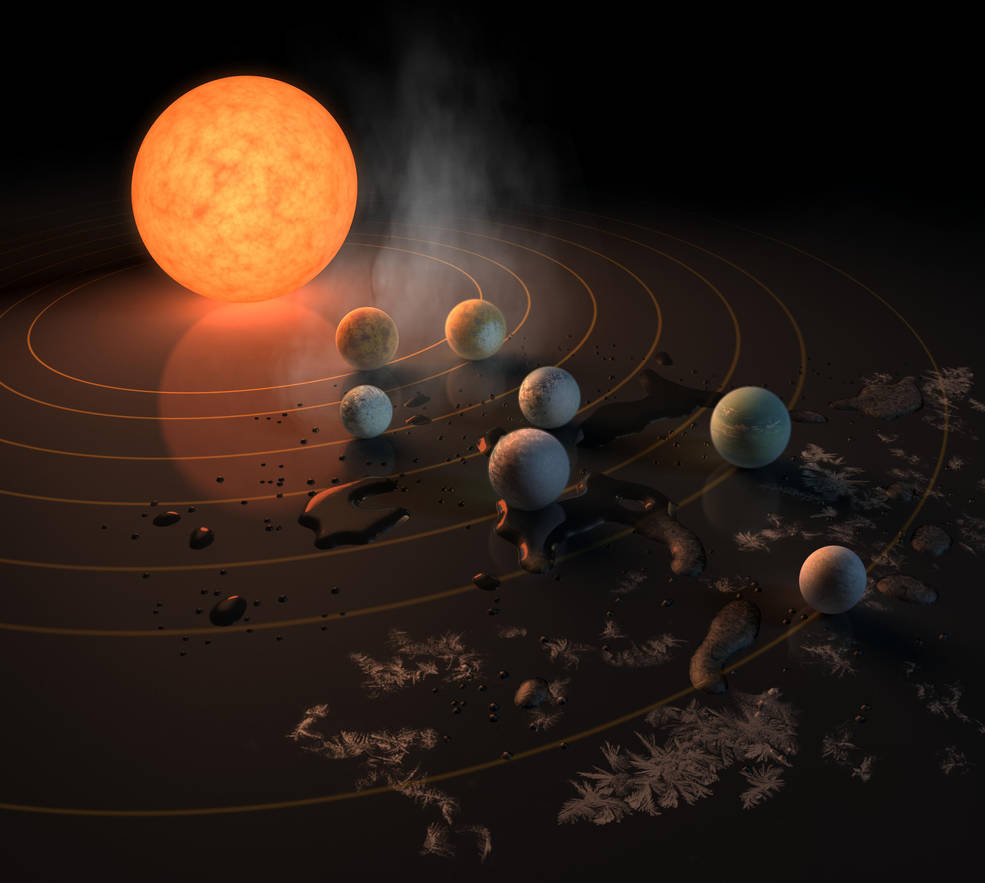 This artist's concept appeared on the Feb. 23, 2017 cover of the journal Nature announcing that the TRAPPIST-1 star, an ultra-cool dwarf, has seven Earth-size planets orbiting it. Any of these planets could have liquid water on them. Planets that are farther from the star are more likely to have significant amounts of ice, especially on the side that faces away from the star.
Credits: NASA-JPL/Caltech
Full image and caption
A bumper crop of Earth-size planets huddled around an ultra-cool, red dwarf star could be little more than chunks of rock blasted by radiation, or cloud-covered worlds as broiling hot as Venus.
Or they could harbor exotic lifeforms, thriving under skies of ruddy twilight.
Scientists are pondering the possibilities after this week’s announcement: the discovery of seven worlds orbiting a small, cool star some 40 light-years away, all of them in the ballpark of our home planet in terms of their heft (mass) and size (diameter). Three of the planets reside in the “habitable zone” around their star, TRAPPIST-1, where calculations suggest that conditions might be right for liquid water to exist on their surfaces—though follow-up observations are needed to be sure.
All seven are early ambassadors of a new generation of planet-hunting targets.
Seven Earth-sized planets have been observed by NASA's Spitzer Space Telescope around a tiny, nearby, ultra-cool dwarf star called TRAPPIST-1. Three of these planets are firmly in the habitable zone.
Credits: NASA
Watch this video on YouTube
Red dwarf stars -- also called “M-dwarfs” -- outnumber others, including yellow stars like our sun, by a factor of three to one, comprising nearly 75 percent of the stars in our galaxy. They also last far longer. And their planets are proportionally larger compared to the small stars they orbit. That means small, rocky worlds orbiting the nearest red dwarfs will be primary targets for new, powerful telescopes coming online in the years ahead, both in space and on the ground.
“The majority of stars are M-dwarfs, which are faint and small and not very luminous,” said Martin Still, program scientist at NASA headquarters in Washington. “So the majority of places where you would look for planets are around these cool, small stars. We are interested in the nearest stars, and the nearest stars are mostly M-dwarfs.”
But these are sure to be perplexing planets, with strange properties that must be teased out by careful observation as well as computer simulations. Finding out whether they can support some form of life, and what kind, likely will keep astrobiologists working overtime, perhaps attempting to recreate in the laboratory some of the conditions on these red-tinged worlds.
“We’re definitely all working overtime now,” said Nancy Kiang, an astrobiologist at NASA’s Goddard Institute for Space Studies in New York City. 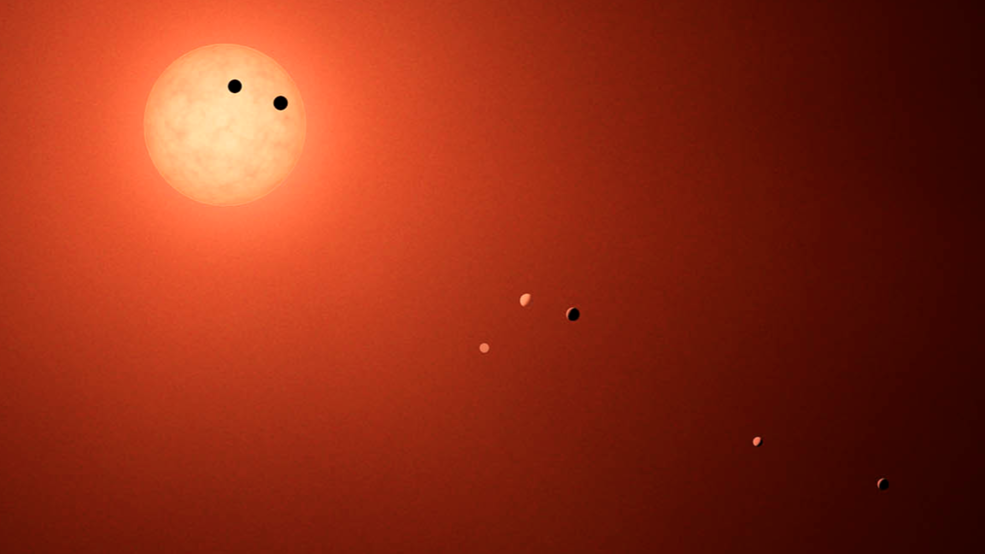