At the Center | NASA 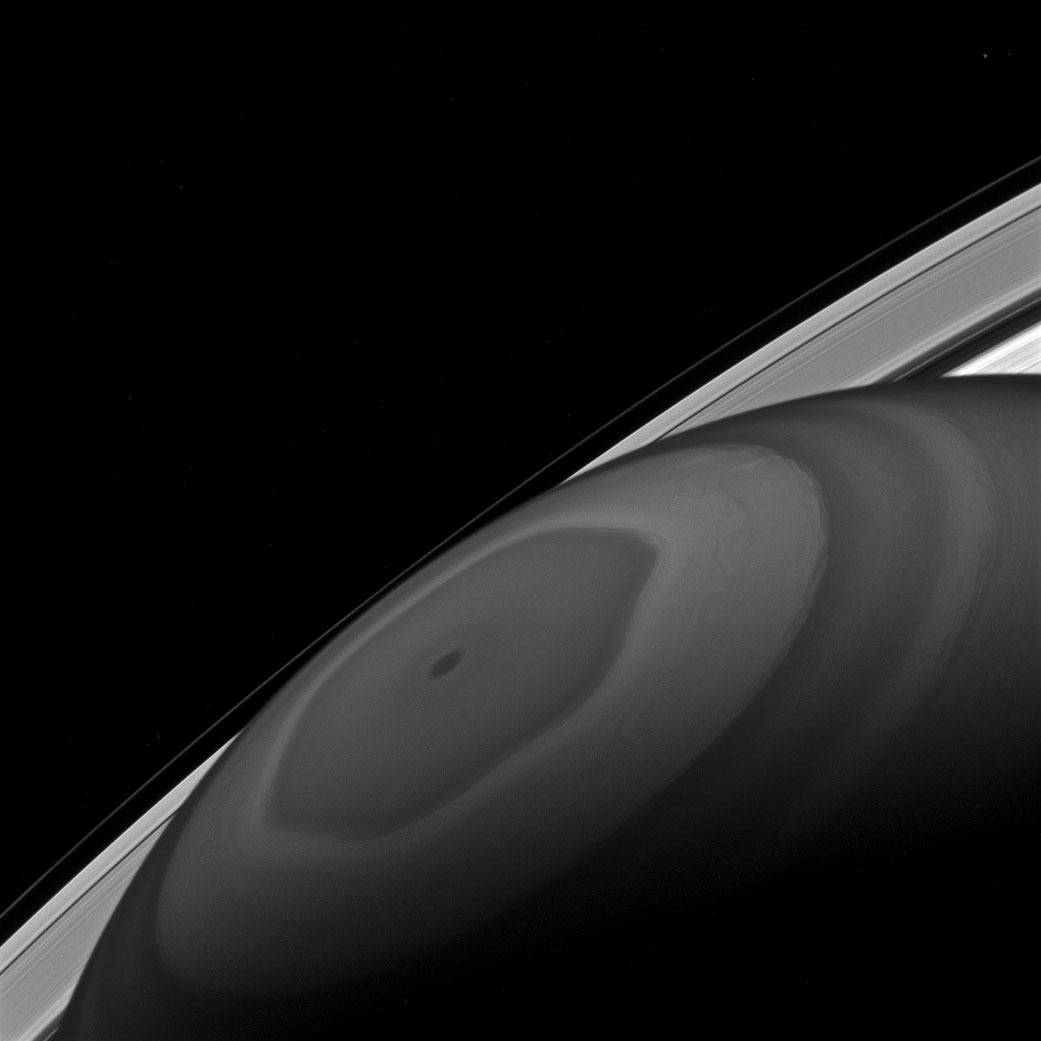 The north pole of Saturn sits at the center of its own domain. Around it swirl the clouds, driven by the fast winds of Saturn. Beyond that orbits Saturn's retinue of moons and the countless small particles that form the ring.
Although the poles of Saturn are at the center of all of this motion, not everything travels around them in circles. Some of the jet-stream patterns, such as the hexagon-shaped pattern seen here, have wavy, uneven shapes. The moons as well have orbits that are elliptical, some quite far from circular.
This view looks toward the sunlit side of the rings from about 26 degrees above the ring plane. The image was taken with the Cassini spacecraft wide-angle camera on Dec. 2, 2016 using a spectral filter which preferentially admits wavelengths of near-infrared light centered at 890 nanometers.
The view was acquired at a distance of approximately 619,000 miles (996,000 kilometers) from Saturn. Image scale is 37 miles (60 kilometers) per pixel.
The Cassini mission is a cooperative project of NASA, ESA (the European Space Agency) and the Italian Space Agency. The Jet Propulsion Laboratory, a division of the California Institute of Technology in Pasadena, manages the mission for NASA's Science Mission Directorate, Washington. The Cassini orbiter and its two onboard cameras were designed, developed and assembled at JPL. The imaging operations center is based at the Space Science Institute in Boulder, Colorado.
For more information about the Cassini-Huygens mission visit http://saturn.jpl.nasa.gov and http://www.nasa.gov/cassini. The Cassini imaging team homepage is at http://ciclops.org.
Credit: NASA/JPL-Caltech/Space Science Institute
Editor: Tony Greicius