On Feb. 26, 2017, an annular eclipse of the sun was visible along a narrow path that stretched from the southern tip of South America, across the Atlantic Ocean and into southern Africa. Those lucky enough to find themselves in the eclipse’s path saw a fiery ring in the sky. Meanwhile, NASA’s Terra satellite saw the eclipse from space. 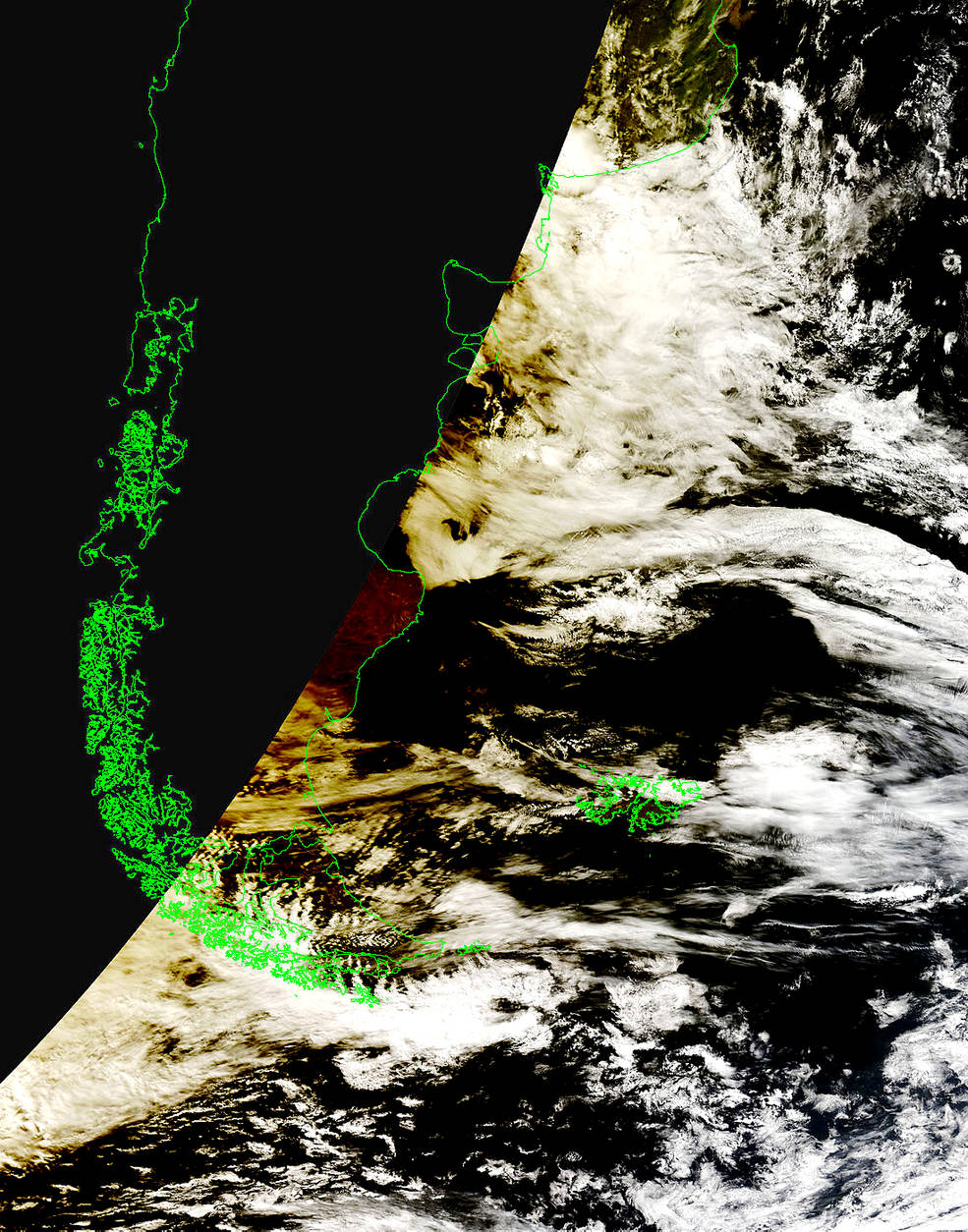 NASA’s Terra satellite captured this image of the edges of the moon’s shadow over Patagonia at around 13:20 Universal Time (10:20 a.m. local time) on Feb. 26, 2017. Under the moon’s shadow, our planet’s surface and clouds appear yellowish-brown.
Credits: NASA Goddard MODIS Rapid Response Team
During an annular eclipse, the moon passes between the sun and Earth, blocking sunlight and casting a shadow on Earth. But the moon is too far from Earth to completely obscure the sun, so the sun peeks out around the moon. Looking down on Earth, the Moderate Resolution Imaging Spectroradiometer, or MODIS, aboard NASA’s Terra satellite spotted the moon’s shadow over Patagonia. 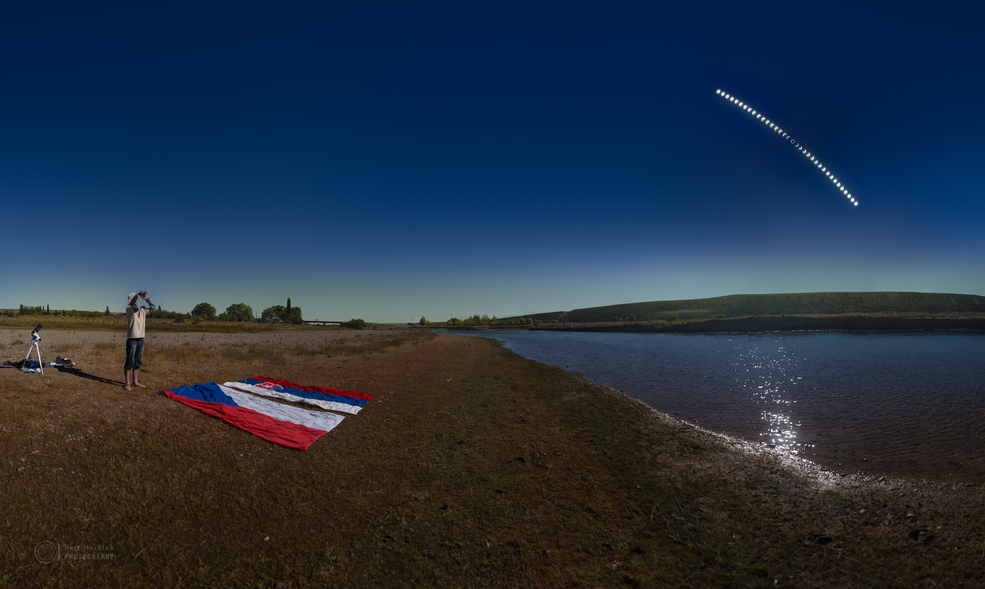 Observe the progression of the annular eclipse in this composite image taken from the shore of a small river near Chubut, Argentina. During an annular eclipse, the moon is too far from Earth to completely obscure the sun, so the sun peeks out around the moon in a visible ring. This ring is apparent at the very middle of the eclipse sequence.
Credits: photo copyright Petr Horálek, used with permission
Between two to four solar eclipses occur each year. Later this year, on Aug. 21, 2017, a total solar eclipse – in which the moon completely obscures the sun – will cross the United States, from Oregon to South Carolina. Visit eclipse2017.nasa.gov to learn more.
Related
By Lina TranNASA's Goddard Space Flight Center, Greenbelt, Md.
Editor: Rob Garner
Publicado por salud equitativa en 6:59