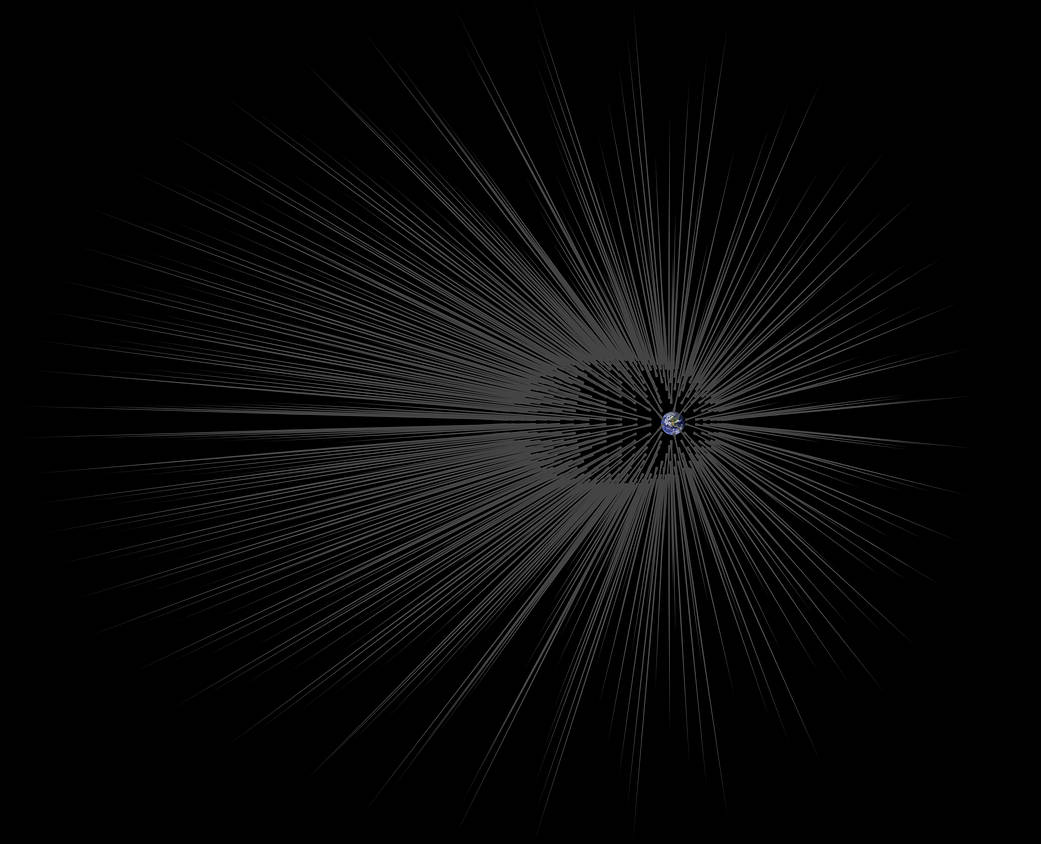 This illustration shows Earth surrounded by filaments of dark matter called "hairs," which are proposed in a study in the Astrophysical Journal by Gary Prézeau of NASA's Jet Propulsion Laboratory, Pasadena, California.
A hair is created when a stream of dark matter particles goes through the planet. According to simulations, the hair is densest at a point called the "root." When particles of a dark matter stream pass through the core of Earth, they form a hair whose root has a particle density about a billion times greater than average.
The hairs in this illustration are not to scale. Simulations show that the roots of such hairs can be 600,000 miles (1 million kilometers) from Earth, while Earth's radius is only about 4,000 miles (6,400 kilometers).
A close-up of this concept is at PIA20177.
Credit: NASA/JPL-Caltech
Editor: Tony Greicius
Publicado por salud equitativa en 10:37