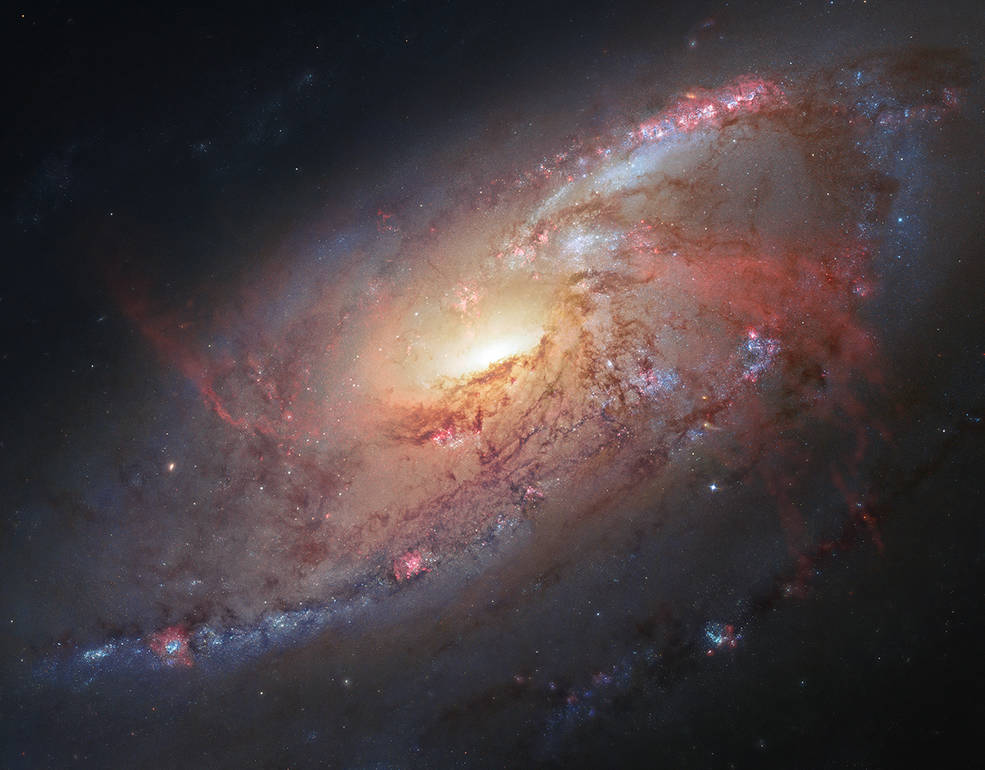 Credits: NASA, ESA, the Hubble Heritage Team (STScI/AURA) and R. Gendler (for the Hubble Heritage Team); Acknowledgment: J. GaBany
This magnificent view of the spiral galaxy M106 was assembled from Hubble exposures and ground-based images taken by the amateur astronomer Robert Gendler. Gendler’s ground-based images were used to fill in pieces of the galaxy that Hubble did not observe. The center of the galaxy is composed almost entirely of Hubble observations. The outer spiral arms are also predominantly Hubble data, but were colorized with ground-based images taken by Gendler and fellow amateur astronomer Jay GaBany.
The image reveals one of the most striking features of M106: its extra pair of arms. Most spiral galaxies only have one pair of arms, but M106 has an extra set, seen here as red wisps of gas. Unlike the other arms, these two extra arms are made up of hot gas rather than stars. Astronomers attribute these ghostly arms to the supermassive black hole at the galaxy’s center. The extra arms appear to be an indirect result of the violent churning of matter around the black hole.
M106 was discovered by Charles Messier’s observing assistant, Pierre Méchain, in 1781. It is located 24 million light-years from Earth in the constellation Canes Venatici. Although a larger telescope is needed to resolve detail, M106 has a relatively bright apparent magnitude of 9.1 and can be spotted with a small telescope. It is best observed during May.
For more information on Hubble’s observations of M106, see:
http://hubblesite.org/news_release/news/2013-06 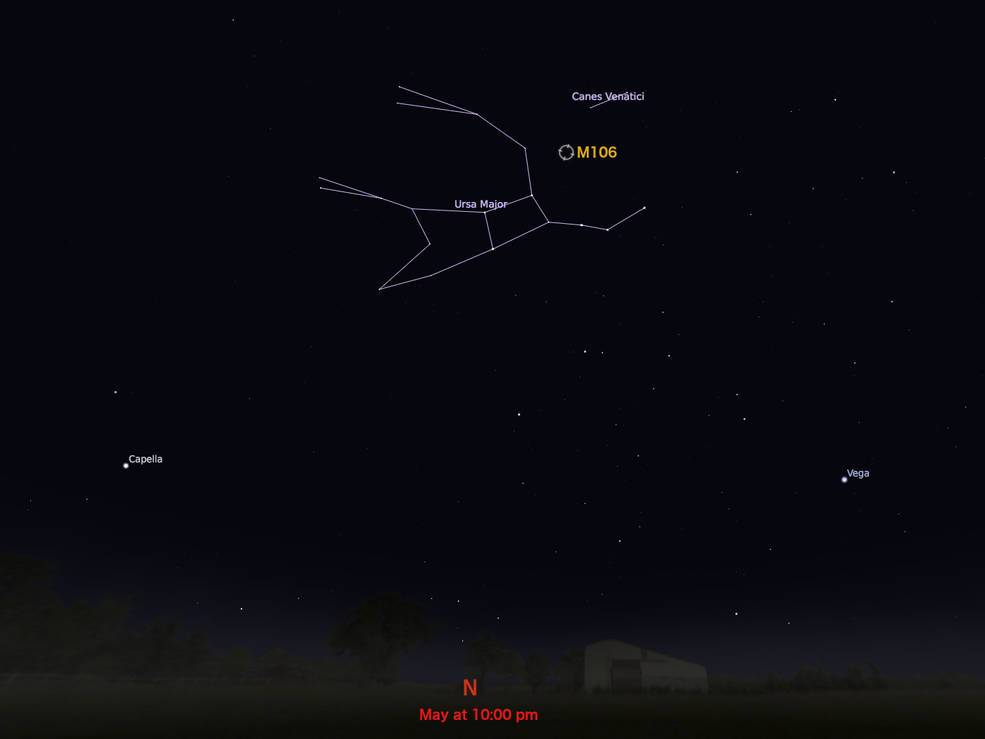 This star chart for M106 represents the view from mid-northern latitudes for the given month and time.
Credits: Image courtesy of Stellarium
Publicado por salud equitativa en 8:20