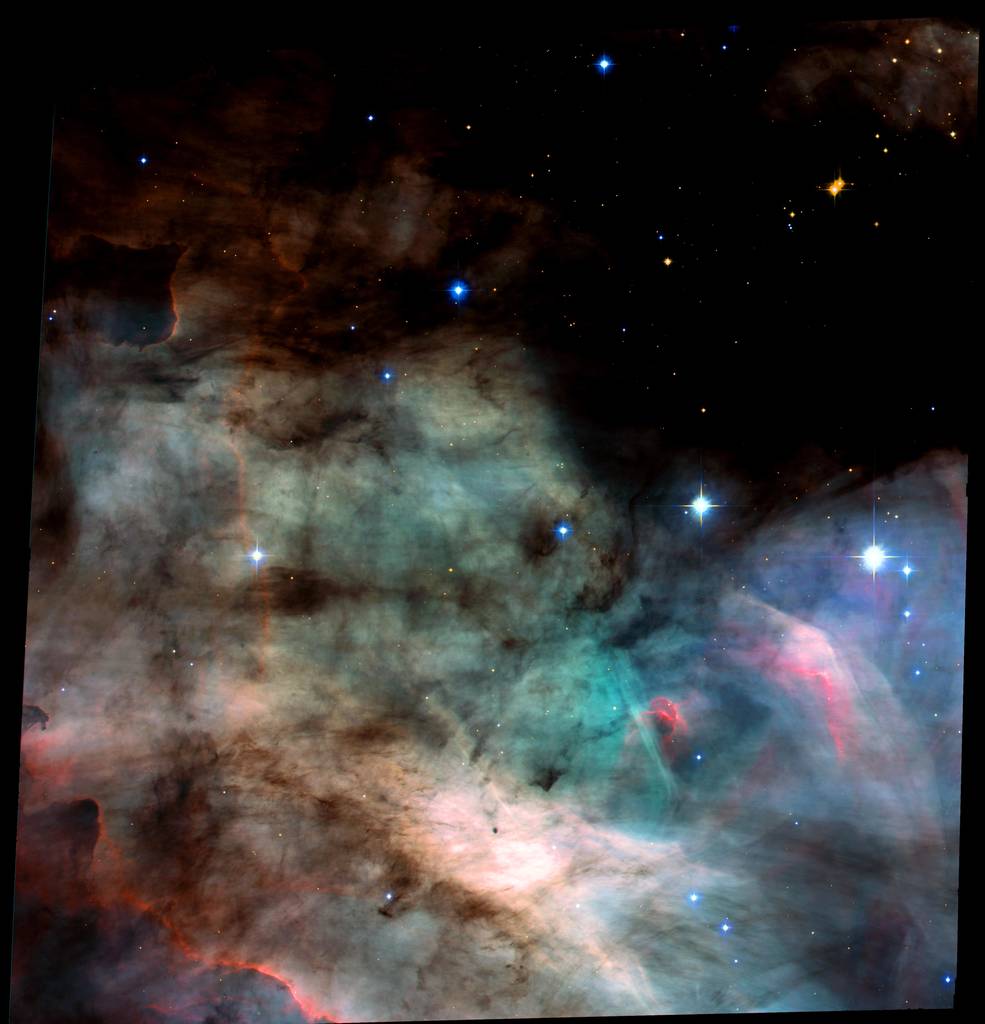 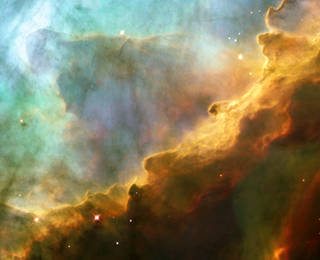 This Hubble image captures a small region within M17. This hotbed of star formation is colored according to the chemical elements present. Red represents sulfur, green indicates hydrogen and blue represents oxygen.
Credits: ESA, NASA and J. Hester (Arizona State University)
Illuminated by ultraviolet radiation from young, massive stars on the right side of this photograph, M17, also known as the Omega Nebula or Swan Nebula, is one of the largest star-forming regions in the Milky Way galaxy. Hubble’s stunning image of a central portion of the nebula has been colorized to highlight certain wavelengths of light. Green represents oxygen while red reveals hydrogen and infrared light.
The Omega Nebula was discovered in 1745 by the Swiss astronomer Jean-Philippe Loys de Chéseaux. It is located 5,500 light-years from Earth in the constellation Sagittarius. The nebula has an apparent magnitude of 6 and can be seen with a pair of binoculars. M17, which appears near M16 and M18 in the sky, is best viewed on clear nights in August.
M17 contains one of our galaxy’s youngest star clusters, at only 1 million years old. However, many of the young stars in this cluster are impossible to see because of the gas and dust that surrounds them. The powerful radiation from the young stars evaporates and erodes the dense clouds of cold gas in which new stars form. One such pocket of gas is seen at the center of the brightest region of the nebula (near the bottom of this image) and is about 10 times larger than our solar system. Other dense pockets of gas have formed the remarkable dark features jutting inward from the bottom left corner of the image.
For more information about Hubble’s observations of M17, see:
http://hubblesite.org/news_release/news/2002-11
http://hubblesite.org/news_release/news/2003-13 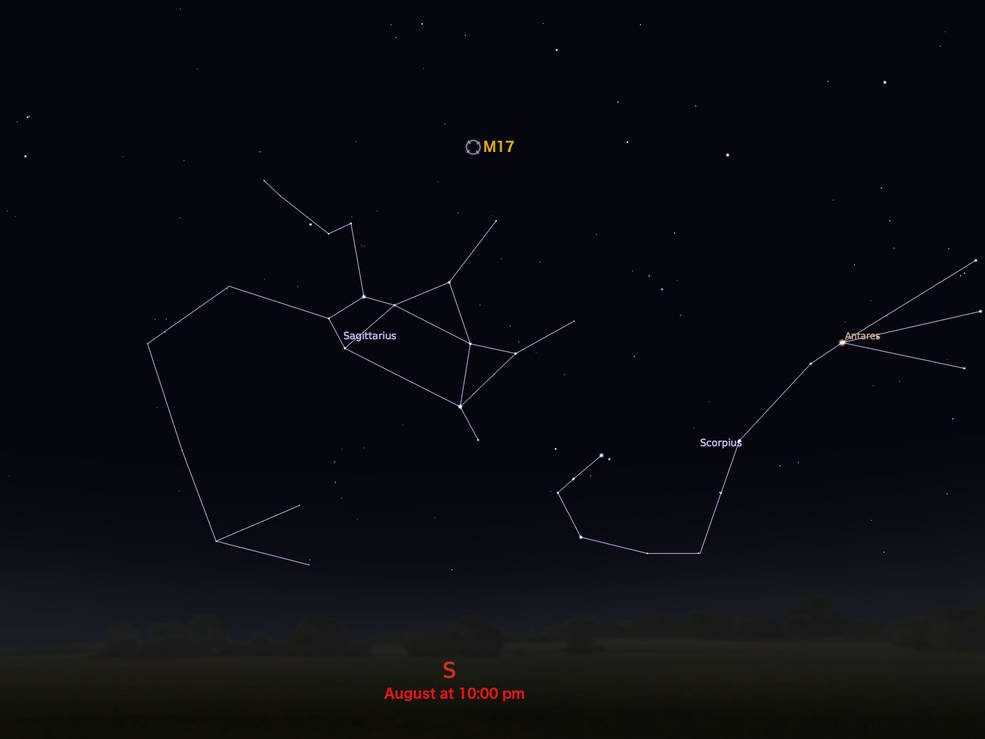 This star chart for M17 represents the view from mid-northern latitudes for the given month and time.
Credits: Image courtesy of Stellarium
Editor: Rob Garner
Publicado por salud equitativa en 8:36