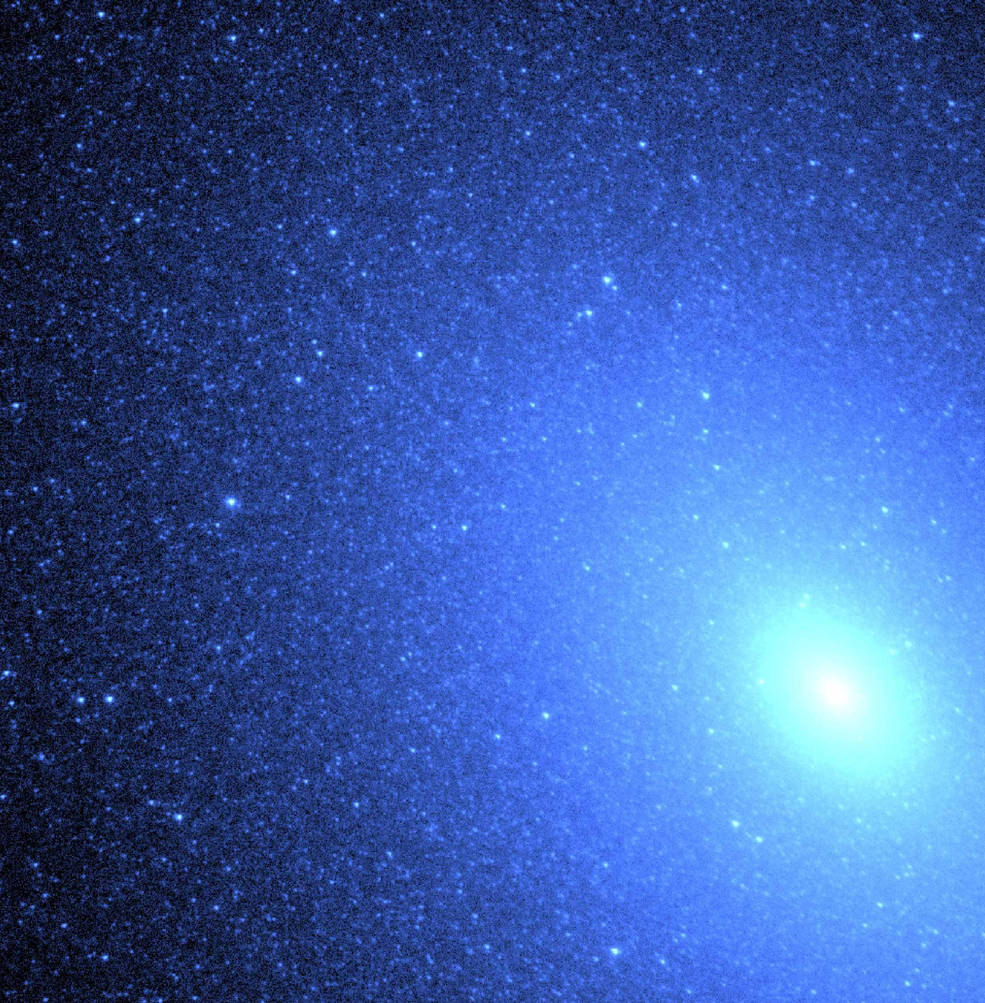 Credits: NASA and Thomas M. Brown, Charles W. Bowers, Randy A. Kimble, Allen V. Sweigart (NASA Goddard Space Flight Center) and Henry C. Ferguson (Space Telescope Science Institute)
Hubble has captured nearly 8,000 blue stars swirling around the core of M32 like a blizzard of snowflakes. This elliptical galaxy is located 2.5 million light-years from Earth in the constellation Andromeda and is one of two satellite galaxies orbiting M31, the Andromeda galaxy.
The first ultraviolet observations of elliptical galaxies showed that they were surprisingly bright when viewed in ultraviolet light. This image of a large part of M32 was created from ultraviolet observations with Hubble and provides evidence that the ultraviolet light comes from a population of extremely hot, helium-burning stars at a late stage in their lives. Unlike the sun, which burns hydrogen into helium, these old stars exhausted their central hydrogen long ago and now burn helium into heavier elements.
M32 was discovered by the French astronomer Guillaume Le Gentil in 1749 and is best observed in November. The galaxy has an apparent magnitude of 8.1, and can be seen using a medium-sized telescope. It is relatively easy to locate, as it falls in the same field of view as M31, but a large telescope is needed to resolve any detail beyond a spot of light.
For more information about Hubble’s observations of M32, see:
http://hubblesite.org/news_release/news/1999-40 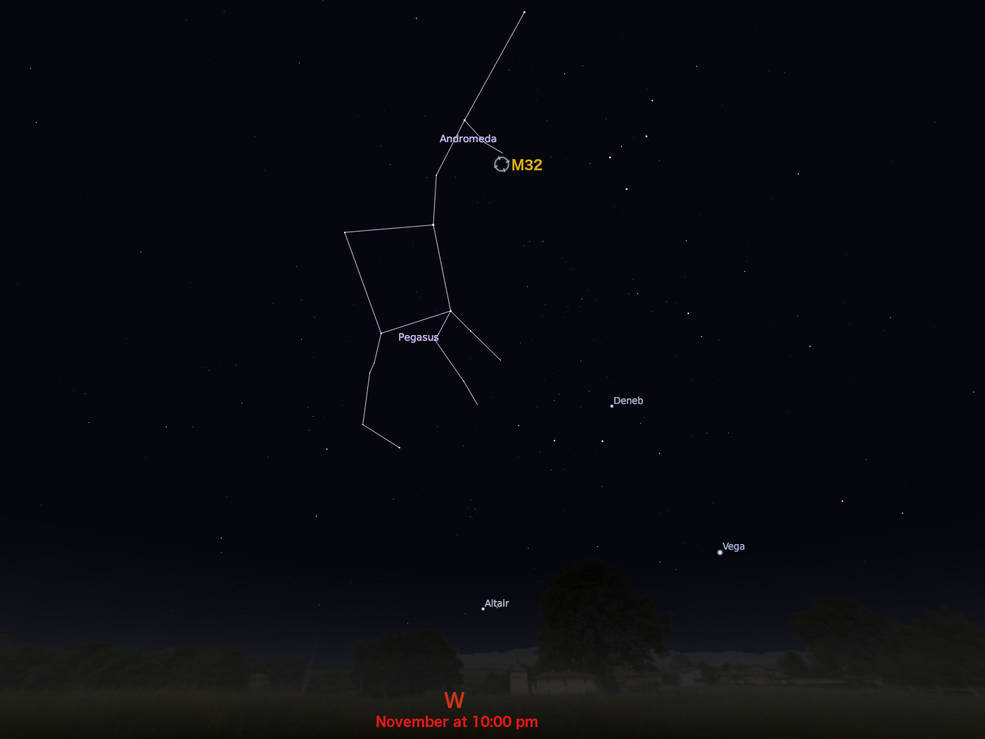 This star chart for M32 represents the view from mid-northern latitudes for the given month and time.
Credits: Image courtesy of Stellarium
Editor: Rob Garner
Publicado por salud equitativa en 8:31