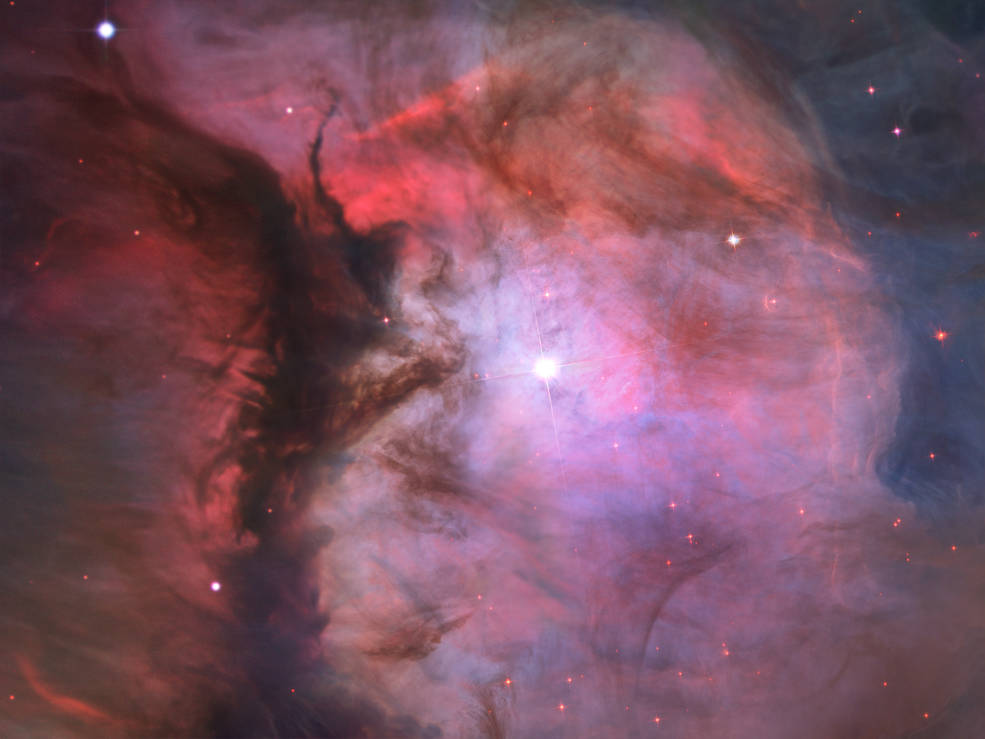 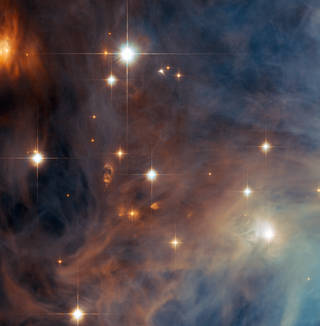 This Hubble image, assembled from observations at visible and infrared wavelengths of light, shows several of the brilliant, hot, young stars in M43.
Credits: ESA/Hubble & NASA
Separated from the Orion Nebula (M42) by only a dark lane of dust, M43 was recognized as a distinct nebula by the French astronomer Jean-Jacques d’Ortous de Mairan in 1731. A massive star is illuminating M43 and sculpting its landscape of dust and gas with its radiation. Astronomers call the area a miniature Orion Nebula because of its small size and the single star that is shaping it. The Orion Nebula itself is much larger and has four hefty stars that are carving the dust-and-gas terrain.
Both nebulas are part of the massive stellar nursery called the Orion Molecular Cloud Complex, which includes several other nebulas, such as the Horsehead Nebula (Barnard 33) and the Flame Nebula (NGC 2024). At the center of this view of M43, taken using infrared and visible-light cameras on Hubble, sits the massive star that is warping the gas and dust around it.
Located 1,600 light-years from Earth, M43 has an apparent magnitude of 9. It can be spotted through a small telescope and is best observed during January.
For more information about Hubble’s observations of M43, see:
http://hubblesite.org/image/1833/news_release/2006-01
https://www.spacetelescope.org/images/potw1109a/ 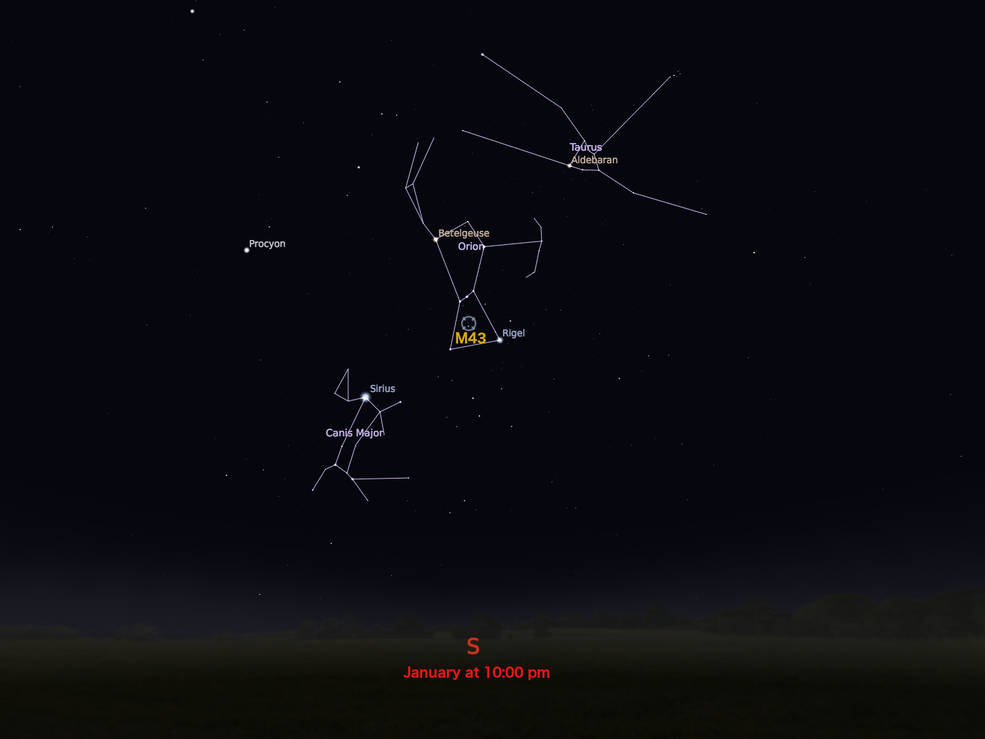 This star chart for M43 represents the view from mid-northern latitudes for the given month and time.
Credits: Image courtesy of Stellarium
Editor: Rob Garner
Publicado por salud equitativa en 8:23