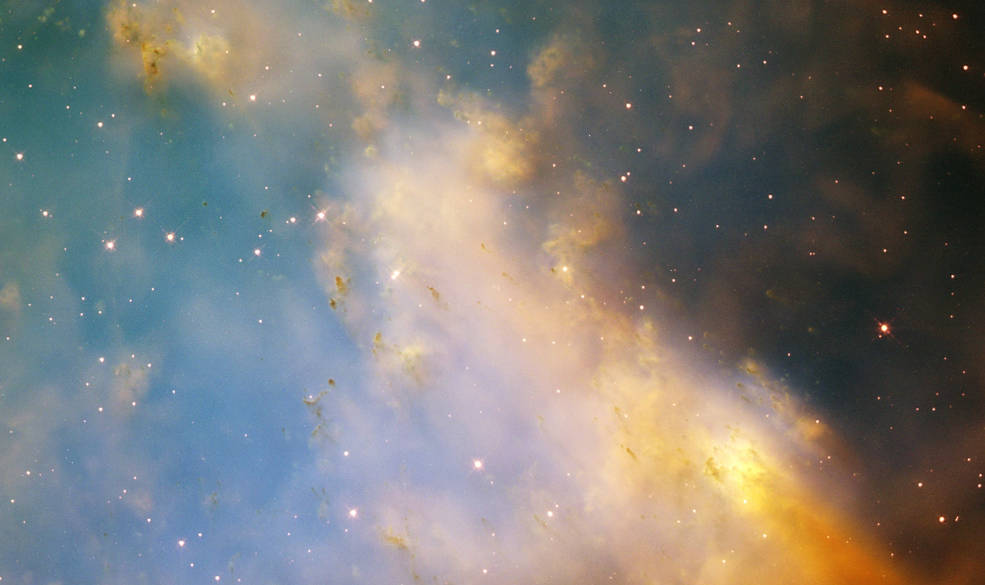 Credits: NASA/ESA and the Hubble Heritage Team (STScI/AURA)
Spotted by Charles Messier in 1764, M27 was the first planetary nebula ever discovered. The term “planetary nebula” is a bit of a misnomer based on the nebula’s round, planet-like appearance when viewed through smaller telescopes. The nebula is the result of an old star that has shed its outer layers in a glowing display of color. In Hubble’s image, which shows a small portion of M27, blue represents oxygen, green represents hydrogen, and red indicates sulfur and nitrogen.
M27 hosts many knots of gas and dust. As depicted in Hubble’s image, some look like fingers pointing at the central star, located just off the upper left of the image; others are isolated clouds, some with and some without tails. Their sizes typically range from 17 billion to 56 billion kilometers, which is several times larger than the distance from the sun to Pluto. Each contains as much mass as three Earths.
These dense knots of gas and dust seem to be a natural part of the evolution of planetary nebulas. They form when the stellar winds are not powerful enough to blow away a larger clump of matter but are able to blow away smaller particles, creating a trail behind the clump. The shapes of these knots change as the nebula expands. Similar knots have been discovered in other nearby planetary nebulas that are all part of the same evolutionary scheme.
Also known as the Dumbbell Nebula, M27 resides more than 1,200 light-years away in the constellation Vulpecula. With an apparent magnitude of 7.5, the nebula can be spotted with a small telescope most easily in September.
This video begins with a ground-based image of the entire Dumbbell Nebula and zooms into the portion of the nebula imaged by Hubble.
Credits: NASA and L. Barranger (STScI/AVL)
For more information about Hubble’s observations of M27, see:
http://hubblesite.org/news_release/news/2003-06 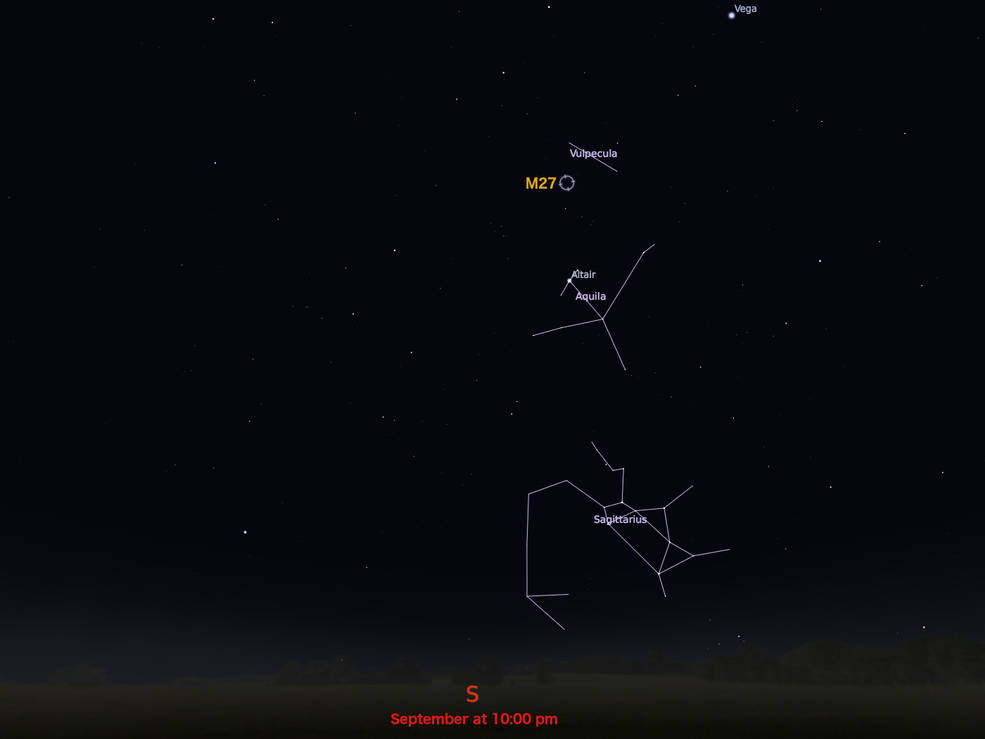 This star chart for M27 represents the view from mid-northern latitudes for the given month and time.
Credits: Image courtesy of Stellarium
Editor: Rob Garner
Publicado por salud equitativa en 8:33