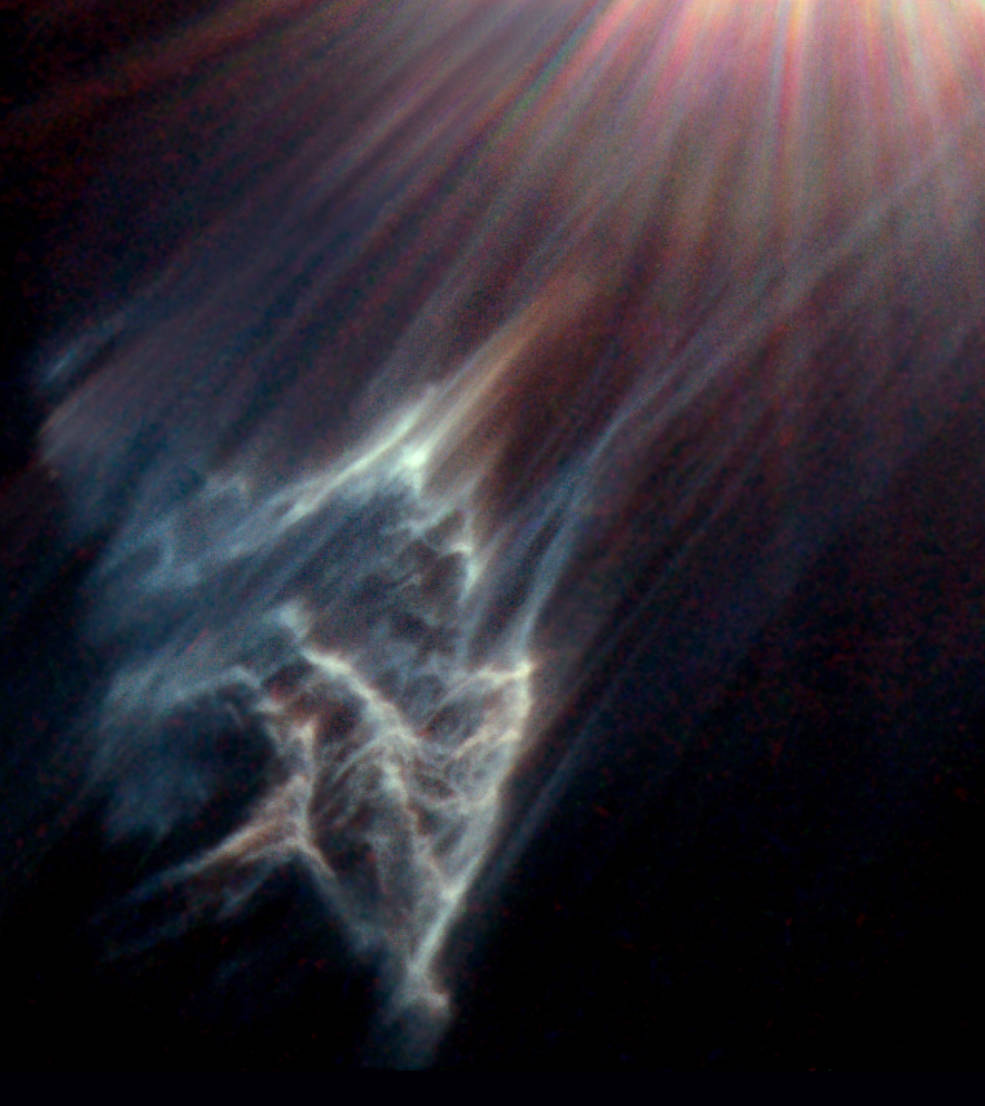 Credits: NASA and the Hubble Heritage Team (STScI/AURA); Acknowledgment: George Herbig and Theodore Simon (Institute for Astronomy, University of Hawaii)
In this image, which combines visible and infrared observations, Hubble has captured the eerie, wispy tendrils of an interstellar cloud being destroyed by one of the brightest stars in M45. Like fireworks illuminating dark clouds at night, the star’s light is reflecting off the surface of pitch-black clouds of cold gas laced with dust. This produces a reflection nebula.
Commonly called the Pleiades or Seven Sisters, M45 is known as an open star cluster. It contains over a thousand stars that are loosely bound by gravity, but it is visually dominated by a handful of its brightest members.
One of these stars, Merope, is located just outside the frame of this image to the upper right. The colorful rays of light at the upper right, emanating from the star, are an optical phenomenon produced within the telescope. The nearly straight, blue-white wisps pointing toward the upper right are streams of large dust particles. As the cloud moves toward Merope, its smaller dust particles are slowed down by the star’s radiation pressure more than the larger particles are. The large dust particles continue on toward the star while the smaller particles are left behind at the lower left of the picture.
The Pleiades cluster has been observed since ancient times, so it has no known discoverer. However, Galileo Galilei, the Italian scientist best known for discovering the largest moons of Jupiter and championing a heliocentric model of the solar system, was the first to observe the Pleiades through a telescope. M45 is located an average distance of 445 light-years from Earth in the constellation Taurus. It has an apparent magnitude of 1.6 and can be seen with the naked eye. The cluster is best observed during January.
This video begins with a ground-based image of the Pleiades. It zooms into Merope, eventually settling on Hubble’s image of the reflection nebula that is being destroyed by the star’s radiation.
Credits: Anim.: STScI AVL; Images: Terence Dickinson (Pleiades w/ Jupiter, Saturn, Hyades); STScI Digitized Sky Survey; Chuck Vaughn (amateur astrophotographer, 85-min. exposure w/ 12.5" f/9 Ritchey-Chretien telescope); Hubble Heritage Team (NASA, STScI/AURA)
For more information about Hubble’s observations of M45, see:
http://hubblesite.org/news_release/news/2000-36
http://hubblesite.org/news_release/news/2004-20 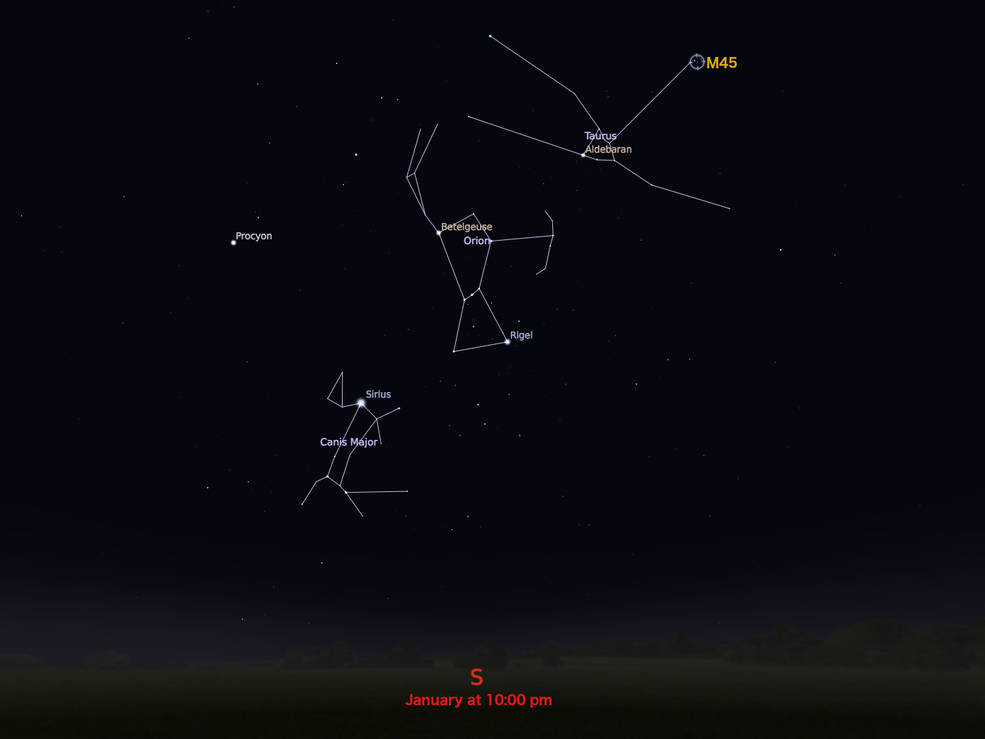 This star chart for M45 represents the view from mid-northern latitudes for the given month and time.
Credits: Image courtesy of Stellarium
Publicado por salud equitativa en 8:22