A World All Its Own | NASA

A World All Its Own | NASA

A World All Its Own 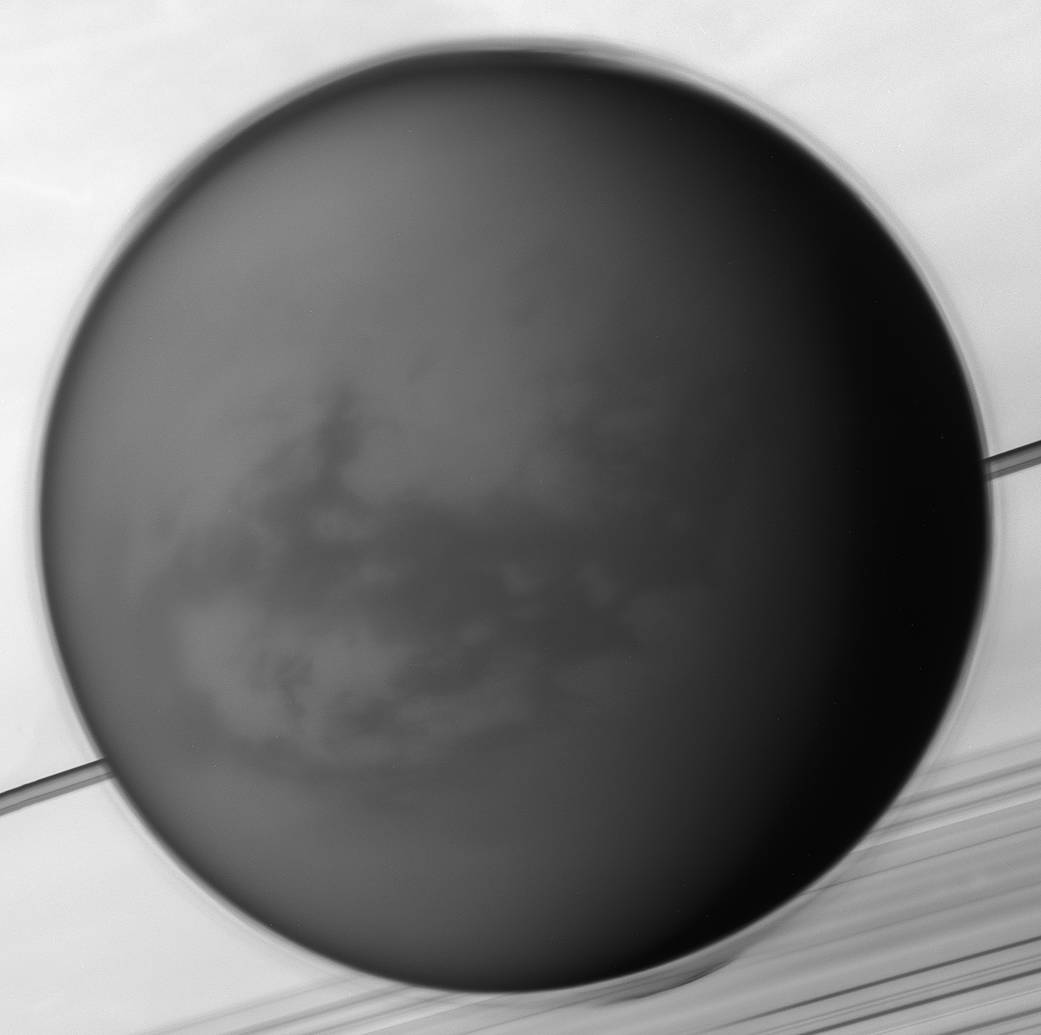 On May 6, 2012, Cassini’s cameras caught an arresting view of Saturn's largest moon, Titan, drifting before the planet (see PIA14922). Larger than the planet Mercury, Titan measures 3,200 miles (5,150 kilometers) across. In this closeup from the same observation, some of the intriguing world’s unique features come into clearer view.
The detached haze layer that surrounds Titan is clearly visible against Saturn and its rings in the background, the haze growing more complex in its structure near the poles. The camera looks toward the dune-filled region known as Shangri-La, where the Huygens probe’s landing site sits just below and left of center, around the 8 o’clock position. (For more information on Huygens' landing site, see PIA20713).
This view is a mosaic of four images that were obtained with the Cassini spacecraft’s narrow-angle camera, at a distance of approximately 478,000 miles (770,000 kilometers) from Titan.The Cassini spacecraft ended its mission on Sept. 15, 2017.
The Cassini mission is a cooperative project of NASA, ESA (the European Space Agency) and the Italian Space Agency. The Jet Propulsion Laboratory, a division of the California Institute of Technology in Pasadena, manages the mission for NASA's Science Mission Directorate, Washington. The Cassini orbiter and its two onboard cameras were designed, developed and assembled at JPL. The imaging operations center is based at the Space Science Institute in Boulder, Colorado.
For more information about the Cassini-Huygens mission visit https://saturn.jpl.nasa.gov and https://www.nasa.gov/cassini. The Cassini imaging team homepage is at http://ciclops.org.
Credit: NASA/JPL-Caltech/Space Science Institute
Editor: Tony Greicius
Publicado por salud equitativa en 12:22