MercatorNet: Why Pokemon Go became an instant phenomenon [ONLY FOR THOUGHT - NEW SECTION OF LOST IDEAS] while adding value

Connecting with others is an important part of the game's appeal. 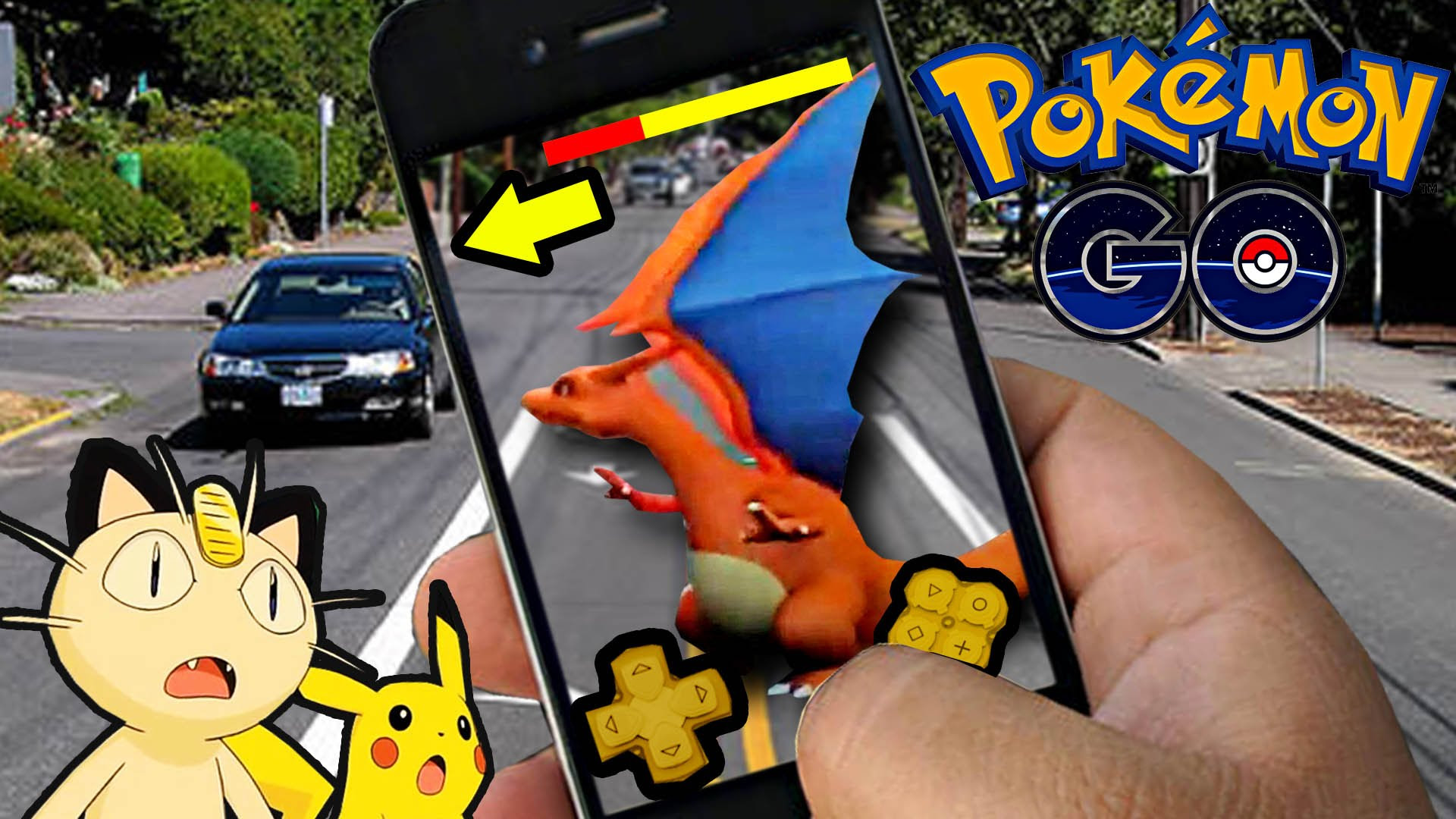 In the last week, Pokemon Go, an augmented reality game for mobile phones, has taken off. Daily traffic for the game exceeded Twitter and Facebook use. What is driving this intense interest and involvement? One way to understand is to take a closer look at the game’s design.
First, for those who haven’t played or watched, a brief overview of how the game works. To play Pokemon Go, you download an app onto your phone, which allows you to search for and “see” virtual creatures called Pokemon that are scattered throughout the real world. You need to be physically close to a Pokemon’s location to see it on your mobile screen. Pokemon Go uses augmented reality technology – the game overlays the creature image on top of video from your phone’s camera, so it looks as if the creature is floating in the real world. When you find a Pokemon, you try to catch it by swiping an on-screen ball at it. The simplest aim of the game is to “catch ’em all.” Pokemon can appear almost anywhere! scoobie1993/flickr, CC BY-NC
To do this, you’ll have to wander outside your own real-world neighborhood, because different types of creatures are scattered throughout your town and all around the world. You can easily share snapshots of creatures you’ve collected and where you found them on social media sites like Facebook, if you want. As you get better at the game, you discover that you can train the creatures in “gyms,” which are virtual spaces accessible by visiting real world public locations (for example, the White House is a gym). When you’ve reached level 5 in the game, you get a chance to join one of three teams: Team Mystic, Team Valor or Team Instinct. These teams compete to maintain control over the gyms where Pokemon go and train. You and your friends can choose the same team, and work together if you like. You’ll also have teammates from around your community (and the world) who join in.
Several aspects of the game’s design help to make the experience so compelling. A look at gaming research shows several of the game’s elements can explain why playing Pokemon Go has been such a massive worldwide hit for players of all ages.
Simple gameplay Catch one by flicking the Poke Ball catcher up toward the Pokemon. scoobie1993/flickr, CC BY-NC
Playing Pokemon Go is simple and accessible. It’s easy to grasp what to do – just “catch ’em all” by walking around. In contrast to many “hard core” games such as League of Legends that can require hours or even years of skills training and background, Pokemon Go’s design draws upon the principles of folk games such as scavenger hunts. Folk games have simple rules and typically make use of everyday equipment, so that the game can spread readily from person to person. They often involve physical interaction between players – think of duck-duck-goose or red rover.
These sorts of games are designed to maximize fun for a wide age range, and are typically extremely quick to grasp. Pokemon Go’s designers made it very simple for everyone to learn how to play and have fun quickly.
Connecting with others
Pokemon Go also leverages the power of physical movement to create fun. Simply moving about in the world raises one’s arousal level and energy, and can improve mood. Exercise is frequently recommended as part of a regimen to reduce depression.
Pokemon Go’s design gives players powerful motivation to get out of the house and move around. Not only are the creatures distributed over a wide geographic area, but also, players can collect Pokemon eggs that can be hatched only after a certain amount of movement. Players have reported radically increasing the amount of exercise that they get as they start playing the game.
The most powerful wellspring of fun in the game’s design is how it cultivates social engagement. There are several astute design choices that make for increased collaborative fun and interaction. For one thing, everyone who shows up to collect a creature at a location can catch a copy of that creature if they want. So players have motivation to communicate with one another and share locations of creatures, engaging in deeply collaborative rather than competitive play. Not all gamers like fierce competition, so the collaborative aspects of the game broaden its appeal.
For those who do love competition, the three-team structure allows for friendly rivalry and challenge. The ease of joining a team keeps it from being exclusionary, preserving the game’sinclusive style. Because there are only three teams worldwide, there’s a lot of friendly banter online about which team is the best, adding to the fun.
Also, collecting Pokemon is a distinctive-looking thing to do with a phone. Players can tell when a stranger is collecting Pokemon at a place they happen to be, and can join in and collect for themselves. This has sparked many conversations among strangers. Finally, making it easy to take snapshots of collected creatures and share them on social media has meant that players recruit other players into the game at astonishing rates. Building collaboration and connection into the game in these ways creates a broadly accessible flavor of play, so that many people are willing to engage and share.
Pokemon Go’s rapid success demonstrates the potential for well-designed augmented reality games to connect people to one another and their physical environment. That forms a stark contrast to the typical stereotype of video games as socially isolating and encouraging inactivity. It bodes well for the future of augmented reality gaming.
Katherine Isbister is Professor of Computational Media, University of California, Santa Cruz. This article was originally published on The Conversation. Read the original article.

"We often assume that abortion is a tragic by-product of our current culture of family breakdown," says John D. Mueller in today's essay. He continues: "In fact, legal abortion is the main cause of family breakdown, including specifically the rise in rates of divorce, illegitimacy, and crime, and the entry of most developed nations—now including the United States—into “demographic winter”.


Dr Mueller is a man of formidable learning and experience in the world of economics, pubic policy and their relationship to the Judaeo-Christian tradition. With hard data (presented in some even harder graphs!) he proves his case, but with optimism he assures us that the dismal social trends are reversible, if we reverse the policies that caused them.